50 Song Memoir is the new album from songwriter Stephin Merritt’s beloved recording project, the Magnetic Fields. This personal album, containing fifty songs, one for each year of the artist’s life, is projected for a late 2016/early 2017 release on Nonesuch Records. The album commenced recording on Stephin Merritt’s fiftieth birthday, February 9, 2015.

To date, Merritt has written and recorded ten Magnetic Fields albums, including the popular and critically acclaimed album, 69 Love Songs. A song from that record, “The Book of Love,” has been covered by Peter Gabriel, and has appeared in numerous TV shows and films; notably, the Nairobi Chamber Orchestra performed it at an official state dinner in Kenya, before Presidents Barack Obama and Uhuru Kenyatta delivered their toasts. Merritt has also composed original music and lyrics for several music theater pieces, including an off-Broadway stage musical of Neil Gaiman’s novel Coraline, for which he received an Obie Award. In 2014, Merritt composed songs and background music for the first musical episode of public radio’s This American Life. Stephin Merritt also releases albums under the band names the 6ths, the Gothic Archies, and Future Bible Heroes.

Unlike Merritt’s previous work, the lyrics on 50 Song Memoir are nonfiction, a mix of autobiography (bedbugs, Buddhism, buggery) and documentary (hippies, Hollywood, hyperacusis). There is one song per year for the fifty years since the songwriter’s birth in 1965. Musically, the sound ranges as widely and adventurously as possible, within the context of lyrics-driven music.

In describing his approach to writing 50 Song Memoir, Merritt states: “The first song, ‘Wonder Where I’m From,’ explains that I was conceived by barefoot beatniks on a houseboat in St Thomas, Virgin Islands; born in Yonkers, NY, but never lived there; learned to talk in Baden-Baden, in the former West Germany (then called the BRD, for Bundesrepublik Deutschland), and moved around constantly throughout my childhood, so that when someone asks me where I’m from, I have no short answer handy. The musical treatment shifts to reflect each locale, as exemplified by Alvin and the Chipmunks’ album Around the World with the Chipmunks.“ 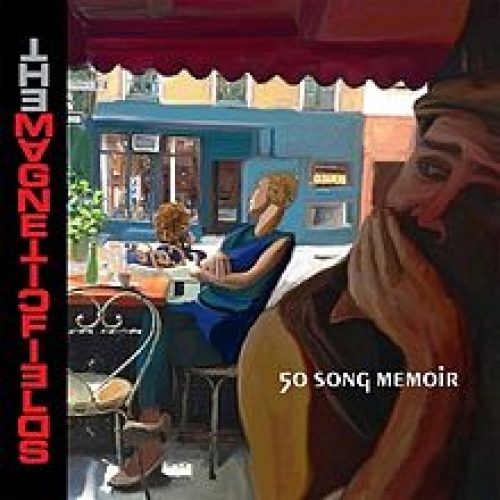 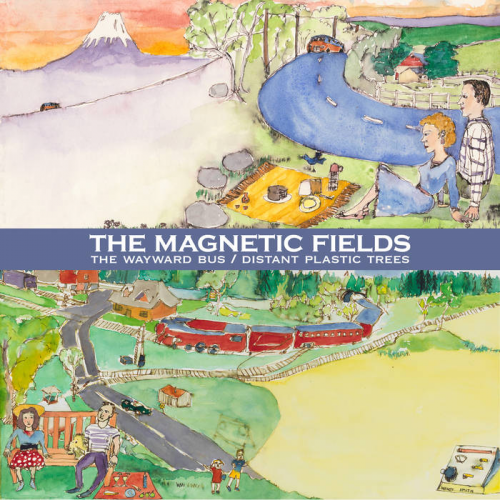 When You Were My Baby
The Saddest Story Ever Told
Lover From the Moon
Candy
Tokyo Á Go-Go
Summer Lies
Old Orchard Beach
Jeremy
Dancing in Your Eyes
Suddenly There is a Tidal Wave
Railroad Boy
Smoke Signals
You Love to Fail
Kings
Babies Falling
Living in an Abandoned Firehouse With You
Tar-Heel Boy
Falling in Love With the Wolfboy
Josephine
100,000 Fireflies 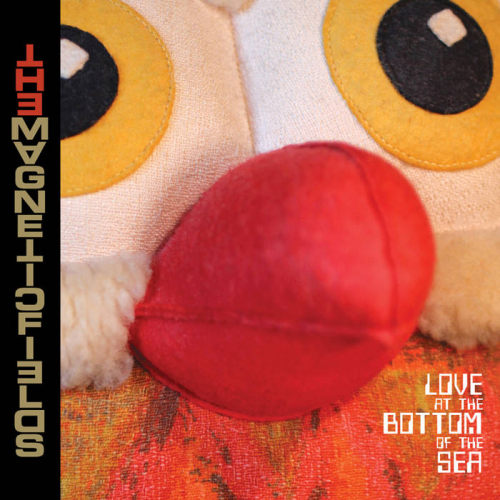 The Magnetic Fields Love At The Bottom Of The Sea

God Wants Us to Wait
Andrew in Drag
Your Girlfriend's Face
Born for Love
I'd Go Anywhere With Hugh
Infatuation (With Your Gyration)
The Only Boy in Town
The Machine in Your Hand
Goin' Back to the Country
I've Run Away to Join the Fairies
The Horrible Party
My Husband's a Pied-a-Terre
I Don't Like Your Tone
Quick!
All She Cares About is Mariachi 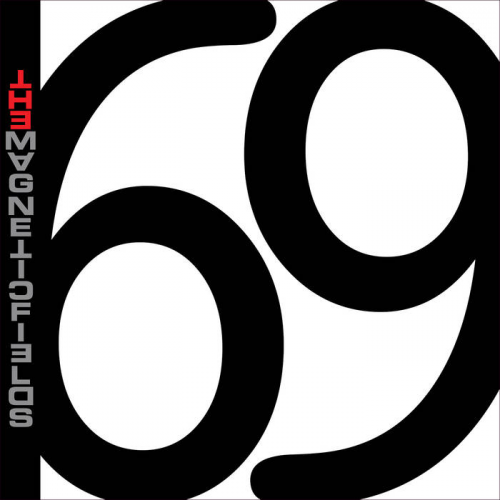 Absolutely Cuckoo
I Don't Believe in the Sun
All My Little Words
A Chicken With It's Head Cut Off
Reno Dakota
I Don't Want to Get Over You
Come Back From San Fransisco
The Luckiest Guy on the Lower East Side
Let's Pretend We're Bunny Rabbits
The Cactus Where Your Heart Should Be
I Think I Need a New Heart
The Book of Love
Fido, Your Leash is Too Long
How Fucking Romantic
The One You Really Love
Punk Love
Parades Go By
Boa Constrictor
A Pretty Girl is Like
My Sentimental Melody
Nothing Matters When We're Dancing
Sweet-Lovin' Man
The Things We Did and Didn't Do
Roses
Love is Like Jazz
When My Boy Walks Down the Street
Time Enough for Rocking When We're Old
Very Funny
Grand Canyon
No One Will Ever Love You
If You Don't Cry
You're My Only Home
(Crazy For You But) Not That Crazy
My Only Friend
Promises of Eternity
World Love
Washington, D.C.
Long-Forgotten Fairytale
Kiss Me Like You Mean It
Papa Was a Rodeo
Epitaph For My Heart
Asleep and Dreaming
The Sun Goes Down and the World Goes Dancing
The Way You Say Good-Night
Abigail, Belle of Kilronan
I Shatter
Underwear
It's a Crime
Busby Berkeley Dreams
I'm Sorry I Love You
Acoustic Guitar
The Death of Ferdinand de Saussure
Love in the Shadows
Bitter Tears
Wi' Nae Wee Bairn Ye'll Me Beget
Yeah! Oh, Yeah!
Experimental Music Love
Meaningless
Love is Like a Bottle of Gin
Queen of the Savages
Blue You
I Can't Touch You Anymore
Two Kinds of People
How to Say Goodbye
The Night You Can't Remember
For We Are the King of the Boudoir
Strange Eyes
Xylophone Track
Zebra 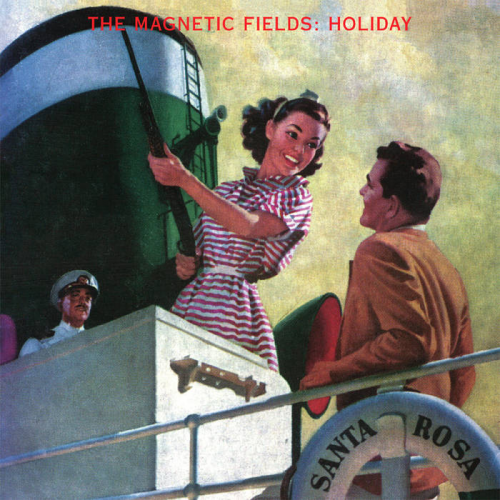 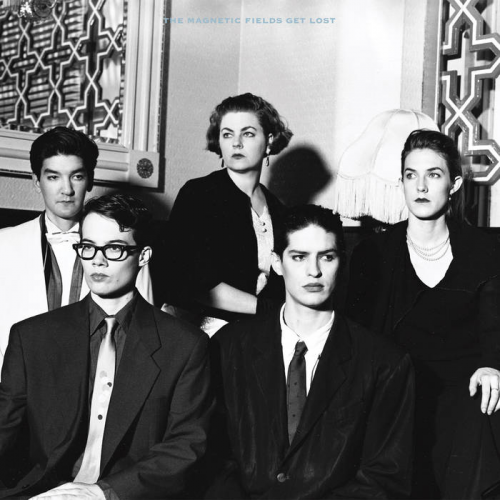 The Magnetic Fields Get Lost

Famous
The Desperate Things You Make Me Do
Smoke and Mirrors
With Whom to Dance?
You and Me and the Moon
Don't Look Away
Save a Secret for the Moon
Why I Cry
Love is Lighter Than Air
When You're Old and Lonely
The Village in the Morning
All the Umbrellas in London
The Dreaming Moon 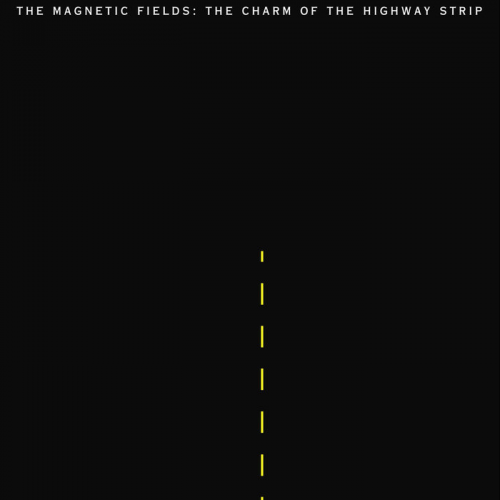 The Magnetic Fields The Charm of the Highway Strip