Young Empires first formed in Toronto in 2009, but only released their first full-length album, The Gates in 2015. A triumphant tour de force, the stunning debut deftly delivers chant-worthy choruses, and weaves together head-bobbing beatcraft and avant-pop melodies with gospel vibes, hip-hop savvy, and a modernist Motown feel that takes only one listen to be forever etched in your brain.

The Gates is the follow-up to Young Empires’ electro-house infused debut EP, Wake All My Youth, which was met with worldwide critical acclaim when it was released in 2012. Its success kept the group touring non-stop and left little time to write and record. “We all knew that we wanted to make a record that was more mature,” says lead vocalist Matthew Vlahovich. “We were 25 years old when we wrote our first one, now we’re in our thirties. We’ve all grown up on a lot of levels.” A soaring defiance courses through the record, touching on the ageless themes of love, loss, rebirth and redemption. “Wake all My Youth was happy-go-lucky music,” says bassist Jake Palahnuk. “There’s more struggle on this record. Life gets tougher as you grow up. The bliss of youth fades away and real life sets in. There’s a lot of hope and not giving up though.”

The genre-blending songs were birthed out of an intensely communal songwriting process. “We weren’t sticking to our own instruments; it was very fluid,” says Vlahovich. “Sometimes Taylor or Jake would jump on the piano to come up with a lick or I would find a beat.” There’s a newfound rhythmic sensibility to The Gates. “We wanted to experiment with different tempos,” says drummer Taylor Hill. “Wake All My Youth was very dance focused in the 128 BPM realm. This time, we tried to slow things down and approach the process differently.” Writing began in late winter of 2013 at Vlahovich’s home studio in Toronto and turned into an epic two-year journey that continued in Los Angeles before landing back on the band’s home turf.

The group wasn’t sure about where they wanted to take their sound until they wrote the title track “The Gates,” an upbeat anthem that soars and swirls, exploring the palette that would educate the rest of the album. “Once we hit on that, we knew what we wanted to do sonically and thematically,” says Palahnuk. The song showcases the trio’s ability to bring disparate elements together – late night soul, Technicolor pop, vibey beats –to craft a sound that is uniquely their own.  As they moved through the metaphorical gates, songs came quicker. “We all come from a different headspace when we’re writing, but, since we’re friends, we know where we all are,” says Palahnuk of the group’s collaborative process on crafting lyrics. “If someone has a bleeding heart line though, that doesn’t mean they’re going to win over a stronger idea. It’s all about what’s best for the song.”

In the end, the trio forged nearly forty tunes. Ten made the final cut, including the synthy, electro-soul standout “So Cruel,” future-festival-set highlight “Never Die Young” and the shimmering “Uncover Your Eyes,” the album’s elegiac finale. The songs fit comfortably amongst Foals, Yeasayer, and Friendly Fires, while standing alone as something all their own. Though the band self-produced Wake All My Youth, they wanted to bring in a string of outside producers to add fresh voices to the creative process. Once in the studio, Young Empires were aided by a trio of top-tier producers – Stephen “Koz” Kozmeniuk (Kendrick Lamar, Nicki Minaj, Madonna), Jimmy Messer (AWOLNATION) and Kevin Seaton (Snoop Lion, Active Child) – the threesome meshed together their disparate influences into a stunningly singular sound. “They were able to mediate between all the styles we were working with,” says Vlahovich. “That’s incredibly helpful, because sometimes stylistic differences can lead to a band falling apart. In our case, they helped steer us in the right direction.” Knob twiddling duties were largely handled by Kozmeniuk.

“We wanted to work with him because he’s known for making drums sound like they do on hip-hop records – really punchy, fat and in your face,” explains Vlahovich. “He’s really creative when it comes to sampling, uses lots of innovative techniques and has a good pop sensibility in terms of song arrangement.” Further production was overseen by Messer and Seaton, while Tyson Kuteyi (Talib Kweli, k-os), Matty Green (Delta Spirit, TV On the Radio) and Joe Zook (Katy Perry, Modest Mouse) were in charge of mixing The Gates. All the continental crisscrossing and rigorous recording sessions paid off. Rich with complex electronic textures and acutely emotive songwriting, there’s a widescreen, transnational sensibility in The Gates. Epic, yet intimate, it draws the listener into Young Empires’ luminescent heart. It took six years, rigorous recording sessions and multiple collaborative efforts for Young Empires to release this extraordinary debut. The wait is finally over. 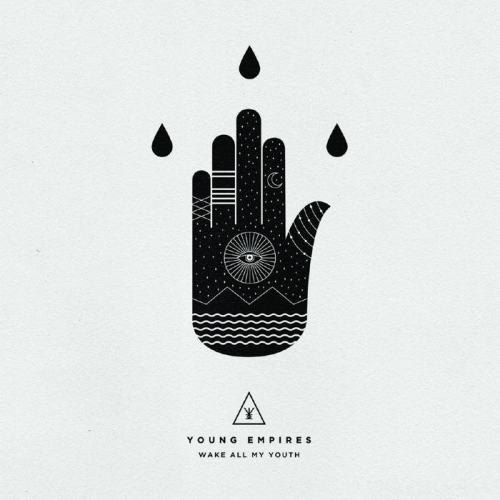 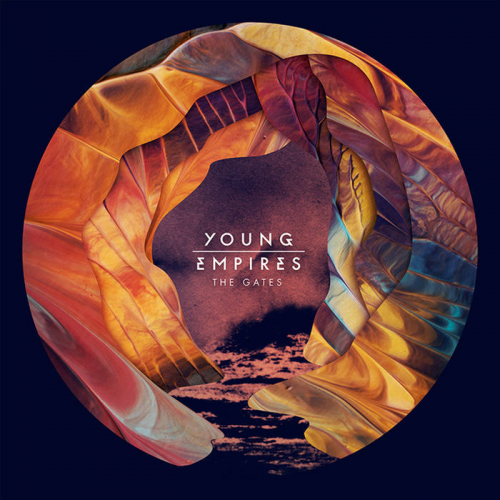