Days are growing shorter, buildings taller, foxholes smaller and the heat is closing in. At least that’s how Winlock sees it, but he’s not taking it in lying down. There’s a great big world out there and he would like you to roll through it with him at his speed. Whether it takes a soft croon or a twisted arm, he’s willing to bring you along.

It’s a general principle the artist learned the hard way. After touring to the point of breakdown in late 2012, Winlock took a few days off to rehearse. He was returning from one of these rehearsal sessions late one night when a truck crashed into his motorcycle, sending him flying in a whole new direction.

The subsequent rehab & downtime was a godsend. He immersed himself in the darkness that had been surrounding him until that point. “Barreling on to the far side of tragedy” as he put it. He used the time to write ‘Angelorum,’ an album that described a longing for adventure and character, and a willingness to fight for it.

By the time he was back on his feet, Winlock ditched NYC for the Pacific Northwest and teamed up with local icon Damien Jurado to produce the record. With an abstract love for 60s arrangement, noir accents and the overall style of a down-on-his-luck boxer, the duo, with the help of Winlock’s bandmates, created the critically-acclaimed ‘Angelorum.’ The album embodies all the longing, remorse, love and anger Apollo felt in those long days of recovery, and looks towards a new life of adventure ahead.

Despite his ambition and thirst for adventure, it would not come easy. Midway into tracking the album, the studio caught fire. As the vintage gear, tape and water combined, the threat of losing it all again seemed inevitable, but once more, he got through. The tapes, only copies, were saved from destruction by some good-natured harborer of karma, and as a result of the accident the record almost drips with an added layer of soot and smoke.

Winlock and his band will be on tour throughout the year, celebrating that slide-on-by streak with a new level of appreciation for life and a hint of recklessness. Apollo’s forthcoming release ‘Beat the Mark Inside’ is slated for release in early 2017. 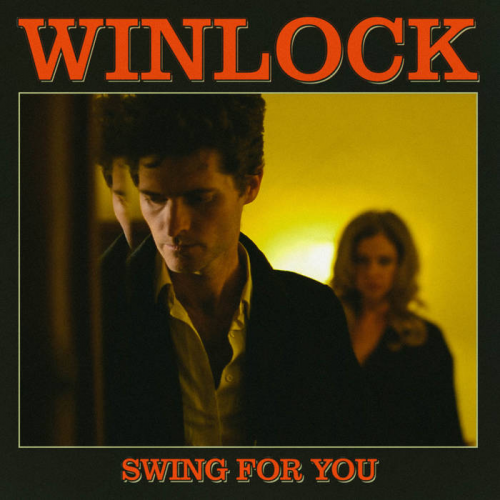 Winlock Swing For You