Afraid of the Dark is an ambitious and furiously creative coming of age story about two brothers.  And it’s a true story, one that keeps a keen focus on family life, the importance of being an individual, and the pursuit of a dream.  It explores the struggle to navigate and balance it all, seen through the specific lens of being young black men in America.

TRØN & DVD (brothers Norvin and Darian Van Dunk) have been making mixtapes, EPs, and solo albums since 2009.  They’ve played the Bamboozle, Vans Warped Tour and CMJ Music Festivals as well as numerous shows alongside a diverse assortment of hip-hop and rock acts – from Pusha T to K. Flay to Twenty One Pilots.

While taking nothing away from the duo’s earlier work, Afraid of the Dark marks an immense step forward, sonically and artistically.   Drawing inspiration from hip-hop heavy hitters like Kanye West, Eminem and Wu-Tang Clan, as well as from indie and pop acts like Lana Del Ray, Grimes, and The Weeknd,standout tracks “Afraid of the Dark,” “So Far Throne,” and “We Are the Weirdos” are unfussy in their production and anthemic in their hooks.  Each stares into an adult life that promises to be complicated (“We gonna succeed despite being so demonized,” raps DVD on the album’s title track), but each is filled with the ambition to bend the future.  Afraid of the Dark is a serious album, but it’s equally humorous, littered with intricate pop culture references that could only be made by two such diehard fans of music, wrestling, videogames, movies and television. This spirit is evident in every single one of their songs and you can feel the exhilaration in rhymes like: “Squad like Taylor’s/’Cept they paler/Prayin’ that we make it that major” (DVD on”Bloodline”),  “Kofi Kingston with the grind, Just needed the right team” (TRØN on “Destructo Bros”) and “Young black aspiring artist, I harness, 16 bars like bits on a cartridge, Whole family opposite of Partridge” (TRØN on “Afraid of the Dark”).

Written and recorded over the past two years (with all initial tracks recorded and produced by TRØN), Afraid of the Dark was co-produced by TRØN, Tom Beaujour and Kiam Records-owner and labelmate Jennifer O’Connor (who is a also a guest vocalist & co-writer on “So Far Throne”) at Nuthouse Recording in Hoboken NJ.   Another Kiam Records labelmate, Amy Bezunartea is a guest vocalist and co-writer on the opening track “Regeneration” and the duo’s brother Lynk is a featured rapper and co-writer on “The Three-Headed Beast”.

Musically, the album sets the average bounce meter in the area of 95 bpm, with heavy kick drums and gurgling, fuzzy synths pushed straight into the foreground.  Lyrically, hints of formation, revitalization, and new life bubble up through every verse. The duo’s focus is often somewhere in the distance, with a hard look at the challenges in front of them; other times it drifts to the pull of old habits as well the minutiae of everyday challenges such as how to keep your writing light on without waking the baby.  This attention to detail is an important part of what makes Afraid of the Dark so compelling.  It’s one of the rare albums that reveal lyrical layers with every listen.

It makes a lot of sense that Afraid of the Dark is being released on Kiam Records, a label known for artists whose work can cut to the bone. “Our music has got to be authentic and not something that’s fabricated or forced,” says TRØN. “Even though life can be sporadic, it’s still some kind of story whether you think of it as having a beginning and an end or not. That’s what came into this album, the past two years and everything leading up to it. ” 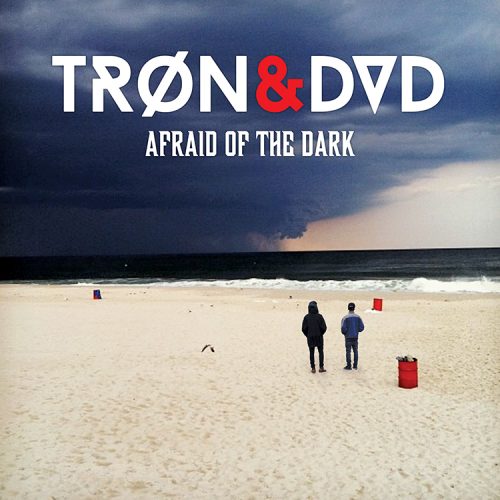 TRØN & DVD Afraid Of The Dark 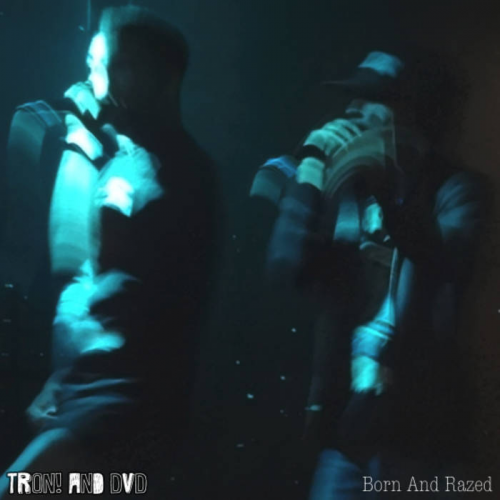 Born And Razed (Feat. Man)
SHANG TSUNG
Whose Line Is It Anyway?
Heaven Or Hell (I Hope To Go Where My Homies Go)
NO FUX
Rapping Is Like, The Fifth Best Thing We Do (Feat. Lynk & Travislike)
Boys Get Lost/Men Explore 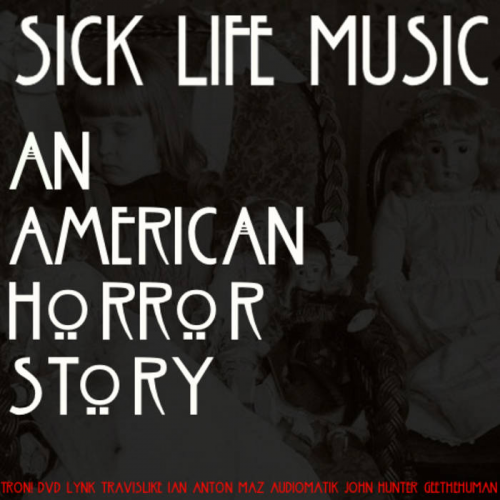