Tilly And The Wall

It’s been four years since Tilly and the Wall has released an album, and it couldn’t have come at a better — or more crucial — time. With the one-year anniversary of the Occupy movement almost upon us and a divisive presidential election right around the corner, the quintet has re-emerged decidedly wiser and more mature, but with all its child-like exuberance intact, to offer musical and moral encouragement to these heavy times. At this juncture, Tilly and The Wall represents not one party or ideology, but its own radical movement, apolitical but fervently pro-people, reasserting its belief in the power of love, friendship and brash anthemic choruses that we all can chant, clap and stomp along to together.

Since the group’s inception in Omaha, Nebraska more than a decade ago – recording its first sides with Conor Oberst of Bright Eyes in his basement – Tilly and the Wall has managed to ingeniously combine folk-rock strumming, schoolyard sing-along rhymes, unison male-female vocals and rapid-fire beats via the amplified tap-dancing of Jamie Williams Pressnall, who fulfills the role of a traditional percussionist in a joyfully unorthodox manner. Their lyrics are as quirkily imaginative as the arrangements, embracing a kind of fearlessness and freedom in matters of the heart, the body and the soul. On stage and on record, singers Kianna Alarid Cameron and Neely Jenkins, keyboardist Nick White, and singer-guitarist Derek Pressnall evince a clear-eyed positivity, meant to keep darker forces at bay, to ameliorate the everyday struggles and setbacks we all face. The most life-affirming song of their early years was pointedly called “Night Of the Living Dead” and audiences everywhere would join them in the live-set closing pledge of “I want to fuck it up!” — boisterously declaimed en masse each night.

Heavy Mood, TATW’s fourth full-length album for Team Love, opens just as boldly with the war whoops that announce “Love Riot,” propelled by Jamie’s tap-dancing percussion, slightly ominous fuzz-toned guitar from Derek, and lead vocalist Kianna’s impassioned back-and-forth with a multi-tracked choir of punk-defiant voices. (“I can’t hold it in!” is the call; “No!” is the response.) The title track, featuring its pumping dance beat, is just as exhortative, a street protest recast as a block party, with Derek delivering the core message of the set: “I got the power because I live like I want!” The BPM’s may turn gentler in several of the songs that follow, but the atmosphere is no less compelling. The lyrics become more narrative and, especially on the eighties-flavored “Let Go” and the slow electronic rhythms of “I Believe In You,” take on a wistful, openhearted tone. “Static Expression,” with its bell-ringing chorus, feels like a contemporary indie-rock version of a Phil Spector extravaganza, courtesy of the band’s longtime producer and studio cohort Mike Mogis. By album’s end, with “Youth” and “Defenders,” this new version of Tilly and the Wall is once again defining its status as free-form musical activists while urging a younger generation to let its own freak flag fly.

TATW hadn’t planned on an extended hiatus back in 2008, but Jamie became pregnant and that necessitated time off from a grueling tour schedule that had kept the group on the road for about eight months a year. The unexpected time away from Tilly allowed each of the band mates the opportunity to stretch as musicians and as individuals. Derek recently completed an album as part of Omaha-based trio Icky Blossoms for Saddle Creek Records and Nick toured with the Young Veins, an offshoot of Panic at the Disco. Jamie and Derek had a second child, while Neely moved to Los Angeles in pursuit of love and a side career as a yoga instructor. Kianna honed her yoga-teaching skills too and, more recently, became a first-time parent herself. Looking back, she now says, “I feel like I’ve been a thousand people since the last record came out,” a sentiment that surely rings true for all the band members. “It was crazy the amount of things I learned in the past three years. “

The band members are no longer all living in Omaha, with Nick also having moved to Los Angeles and Kianna resettling Kansas City. So when the ideas for new Tilly songs started to develop, they had to do some long-distance brainstorming. As Kianna recounts, “In 2010, I emailed Derek and said, I think I have a bunch of Tilly songs and he said, yeah, it’s time, I was thinking that too. We started that conversation and began sharing things with everyone, finally met with everyone and talked it all out. Last year we went into the studio in Omaha with Mike, and we knew exactly what to expect. He’s a proper genius. He’s not one of those producers or engineers who is just sitting in front of a button. He can play anything. Oftentimes we would record something then we would leave for lunch and when we’d come back he’d say, “I hope you don’t mind but I threw this melody down here…” and whatever he did was phenomenal. We knew that was how it would be again this time, so we deliberately didn’t fully arrange the songs, to allow Mike to do all that stuff. And he did.”

Each member brings his or her own songs to the studio, but, explains Kianna, “we know that they will all be Tilly-fied by the end of the process.” And all of them will ultimately be credited to the band as a whole. Thematically, there are no rules: “We never predetermine any topics or feelings in our band. It’s a lot about who we are as people and how we look at the world. I have people ask me everyday, how are you so positive? I don’t know, man, it’s been a long journey to get here. But it’s definitely a part of all five of us.”

Trying to encapsulate the spirit of the new disc in a title, Kianna says, “We had a couple names going. ‘Defenders’ was the first, but it was way too serious a word, and it was too literal. But Heavy Mood –you can figure out for yourself what that means. When we finally decided on that, I thought – of course, obviously, that’s amazing. It’s really honest and it’s where we’re at as a planet. The whole point of that song is it’s a heavy fucking mood and we’ve got to lift it up. That’s the chorus: We’ve got to lift up that weight, that’s our job – literally. As artists, that’s our mission. We’re ambassadors of this planet, it’s a responsibility we have as artists because we are sharing something others can feel. That’s always been a big part of what we’ve done but maybe we didn’t always know we were doing it. But we’ve realized we have a job here, we have something to say, and we think it’s important: don’t let this shit get you down.”

Tilly and the Wall is the party to join to get through these troubled times. As Kianna puts it, “Look to us if you need any help. Listen to the songs – -there’s a message here specifically for you.” 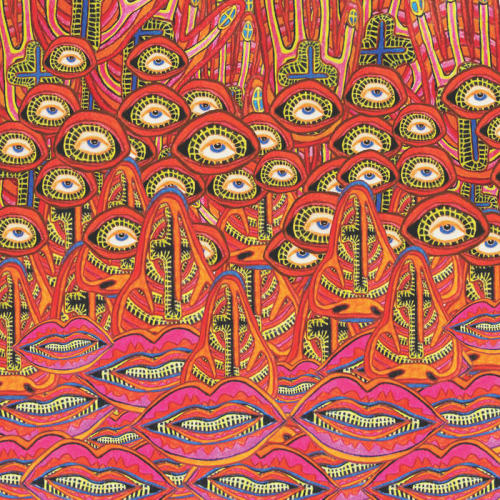 Tilly And The Wall Heavy Mood 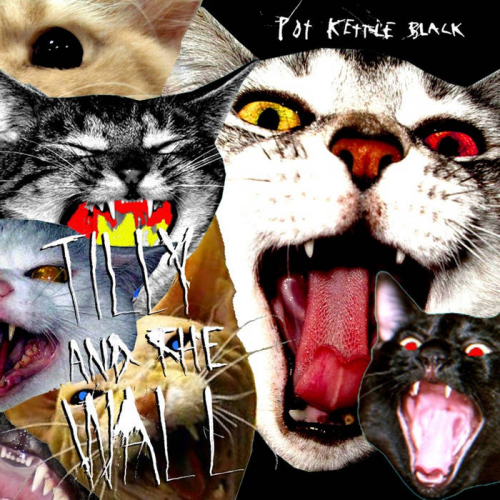 Pot Kettle Black
Save Me Now 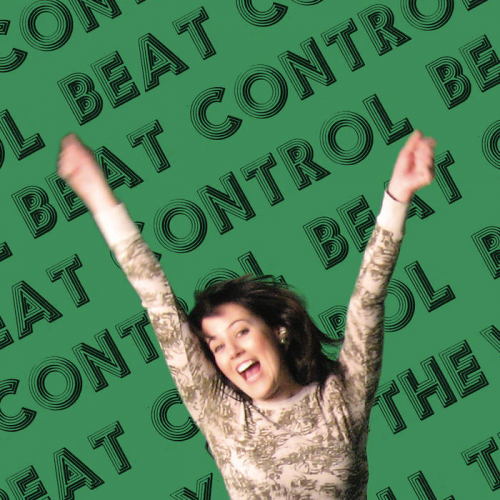 Tilly And The Wall Beat Control 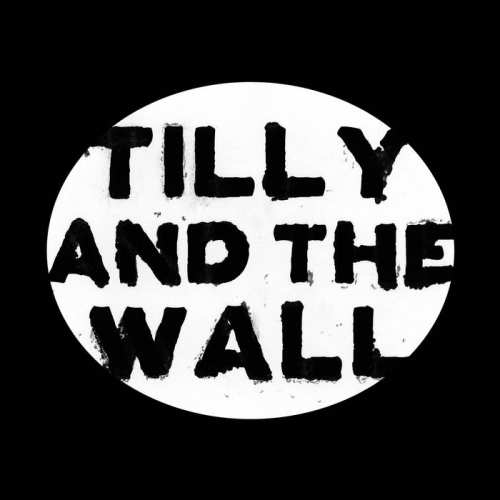 Tilly And The Wall O 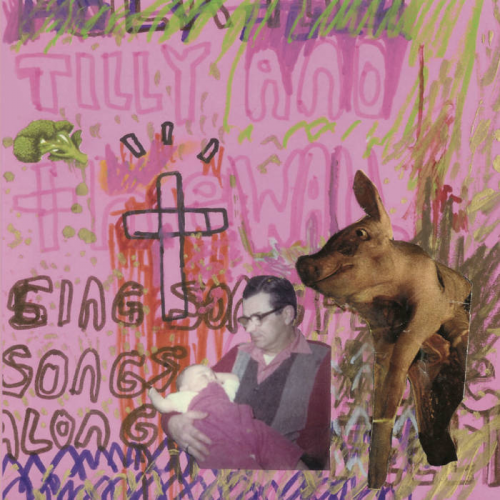 Tilly And The Wall Sing Songs Along

Sing Songs Along
Forget the Feeling 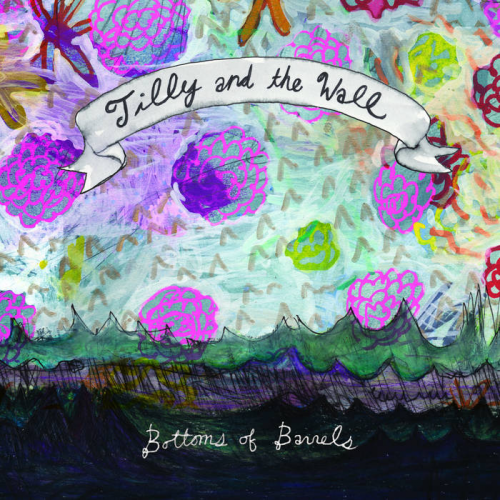 Tilly And The Wall Bottoms Of Barrels 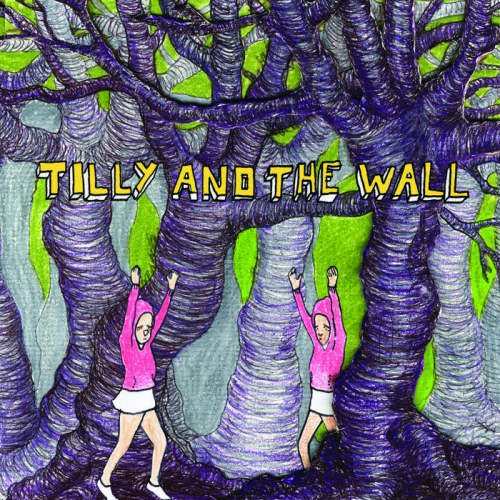 Fell Down The Stairs
Nights Of The Living Dead
Bessa
You And I Misbehaving
Reckless
Let It Rain
Shake It Out
A Perfect Fit
I Always Knew
The Ice Storm, Big Bust, And You