The Soviettes were a power pop band from Minneapolis,active 2000-2006, known for great hooks, poignant and sometimes political lyrics, and a party atmosphere at their live shows. They were a female fronted group but actively worked against being pigeonholed as a girl band during a time where it seemed to be the only thing many writers, reviewers, and promoters would focus on.
After releasing their first 7″ and a split LP on local label Pop Riot Records, they were picked up by Jim Thiebaud, Jason White and Billie Joe Armstrong’s Adeline Records and released their first full length LP (2002) as well as their second record “LP II” the following year with the Oakland label. They gained steam fast, and LP III was issued on Fat Mike and Erin Burkett’s Fat Wreck Chords in 2004. They played with countless bands in the twin cities and toured relentlessly throughout their time together as a band with friends in The Arrivals, The Methadones, Toys that Kill, Grabass Charlestons and others, but their final “crown jewel” tour hit all 50 states on a Fat Wreck package tour with Against Me, the Epoxies, and Smoke or Fire. They broke up shortly after and had done a few reunion shows since. 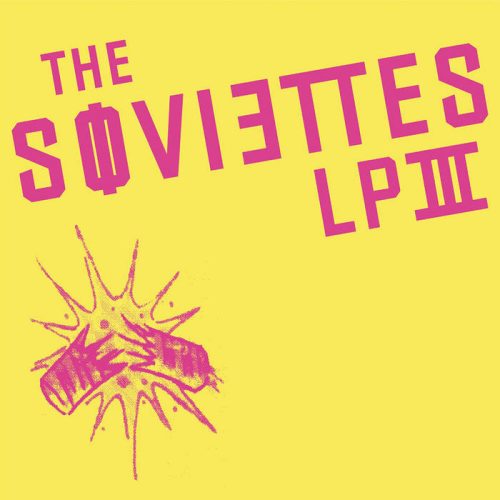 Multiply And Divide
?Paranoia Cha Cha Cha!
Middle Of The Night
Whoa
(Do) The Stagger
You Should Know
What Did I Do?!
Roller Girls
Together
Thinking Of You
Hanging Up The Phone
How Do You Like That
Photograph
Gotta Decide