There are few bands who are aware of how potent a weapon silence can be in their music. In a rush to fill all the space on a multi-track studio, the ability to draw a listener closer in by cutting songs back to their bare essentials has been somewhat lost in recent years. As their name implies, The Slow Show have both a magisterial beauty to their sparse songs and the confidence to let their spellbinding four-minute stories find their mark. Rarely since The Blue Nile has a band created such a powerful, fully realised world from what initially appears such a minimal framework.

The Slow Show’s new self-produced second album Dream Darling has a hard-won optimism in its 10 graceful songs. It’s music made by five men who, as singer Rob Goodwin explains, have “gone through the typical life-changing experiences that men in their late thirties and forties experience”.  Whether that’s the romantic regret of the Tindersticks-inflected drama of ‘Breaks Today’ or overcoming loss in the album’s towering centrepiece ‘Ordinary Lives’, this is music to live in.

Dream Darling is a collection of songs that any adult who’s lived a little can identify with, even when the loss, new life and break-ups detailed within feel monumental to the people experiencing them. Having gone on tour in Germany and Switzerland almost immediately after the band formed in 2010, The Slow Show are a major cult concern and festival regulars in mainland Europe, where they’re signed to Haldern Pop Records, the label formed by the team behind the successful festival.

“We learned to be a band in Europe,” recalls Goodwin. “The crowds there immediately listened to us so intently. They were very quiet, which might not have happened if we’d dropped into a club at home in Manchester on a Thursday night to play. When you’re playing such intricate, slow songs, you need the audience’s attention.”

After taking four years to assemble, 2015’s debut album White Water was a more aggressive, angry affair, topped off by Goodwin’s mordant baritone vocals. It’s a startling rumble that bears comparison to Leonard Cohen and Mark Lanegan but, on ‘Dream Darling’, Goodwin has honed his vocal range to become a compelling storyteller. He’s a singer who’s now able to narrate the jilted-at-the-altar heartbreak of ‘Last Man Standing’ or ‘Hurts’ tale of a man offering redemption to a sex worker with the necessary levels of wit and pathos, as well as convincingly crooning into the mic.

“I never thought I was a singer,” Goodwin admits. “When the band started, we looked to get a singer in for six months, but couldn’t find anyone, because the people we met didn’t serve the song very well. I’m more of a storyteller than a singer. If you’re the person who’s written the song, you can get its point across better than anyone else, even if their voice is slightly better. I’ve learned to use my voice much better on this record.”

The Slow Show began when keyboardist and producer Fred Kindt helped launch Manchester studio Blueprint, where Elbow, Justin Timberlake, Duran Duran and Johnny Marr have recorded. Goodwin was playing guitar for another band, bonding with Kindt over their love of orchestras, brass bands and film music before becoming housemates. Kindt had been impressed by guitarist Joel Byrne-McCullough and drummer Chris Hough when they played at Blueprint, while bassist James Longden had similarly dazzled Goodwin in Manchester music circles.

“Fred is a great producer,” Goodwin explains. “He saw that the five of us would work well together. Musically, everyone brings their own little something to the mix and, just as importantly, Fred thought we’d all get on together.”

(It should be noted that The Slow Show aren’t, as has been reported, named after The National’s song Slow Show, the name comes from Hough’s love of show-stopping acts and the band’s determination not to make hurried music.)

Rather than make the album at Blueprint – “Manchester has too many lovely distractions”, laughs Goodwin – Dream Darling was recorded at a farmhouse in the Lake District. The band would start at 8am and record until 2am, discussing the songs over dinner and the occasional pint in nearby Kendal.

“We were figuring our lives out,” says Goodwin. “As the lyricist, I felt more comfortable on this record saying to the others: ‘This is what this song is about.’ On White Water, they’d interpret the songs in their own way. This time, in that barn, you’d look around and see that everyone was thinking the same thing. That emotion comes out on the album, and knowing what the songs are about means we play them more appropriately live too.”

Kindt’s father died shortly before recording began, while Goodwin saw his relationship of 12 years end around the same time. “That was humbling,” he states simply. “You feel you’re on solid ground, knowing where life is going, but all of a sudden the rug is whipped from under you and you start again. I had to find a new house. But it’s an optimistic album and, while it was a big change, it was a necessary one.”

The break-up is most explicitly referenced in the minimalist classical atmosphere of album opener ‘Strangers Now’ and its stark message: “Who’s breaking your heart tonight?” A more offbeat by-product of the break-up came when Goodwin was briefly living in a rooftop bachelor flat, seeing a man in a faded tracksuit on the gravel car-park opposite teaching haphazard martial arts lessons to similarly unlikely-looking trainees. ‘Brawling Tonight’ is the beautifully bittersweet result.

“This guy was there every night with his half-bottle of Lucozade,” Goodwin recalls. “None of them looked equipped, but they were so devoted. In my head, the guy was a faded Olympian who’d lost his way, ‘brawling on the driveway’ with his recruits.”

The night-time studio sessions partly inspired Dream Darling’s title. “It’s an album written in the dark and worked on late at night. It feels quite a dreamy record. The alliteration is deliberate – I think alliteration is an official theme now for The Slow Show, following the band name and White Water for the first album title. White Water was the perfect title for the first album; aggressive and a bit troubled. The alliteration works again on Dream Darling, as it’s softer and more relaxed, which reflects that we’re more content.”

Not that the album was a wholly idyllic experience. As the album’s producers, Kindt and Goodwin had intense discussions over just how sparse the album should sound.

“The idea for how our songs should sound is the same, but the methods of getting there differ,” says Goodwin. “We’ll push songs too far with orchestration, then reign it back. We’ll often argue about things the listener wouldn’t notice, like whether a tiny cymbal sound is too loud. But the minute we get on perfectly would be a bad time, as we have these three-day debates because we care so much. We’re always aware of not using sound for the sake of it.”

Having experimented with orchestration on White Water, the band were determined to push the classical influences further this time, recording with a choir in Berlin and letting them carry the vocals in places – most notably the soaring wordless finale Brick, which is the perfect, tear-jerking climax for the album’s theme of change.

The album’s other key guest is local Manchester singer Kesha Ellis, who sings the devastating duets ‘Hurts’ and ‘Last Man Standing’. She was found via a workshop the band helped out on, with Goodwin summarising: “I don’t find traditionally ‘great’ singers so interesting. Keisha doesn’t sing much, but the texture and tone in her voice are beautiful.”

While they’re proud of Manchester’s heritage, musically The Slow Show stand apart, influenced more by Sigur Ros than New Order or The Stone Roses. “But seeing how many great bands come from Manchester makes you realise you can make it, and that’s important,” says Goodwin.

Dream Darling is a record that shows anything is possible too. Any change and upheaval can be overcome. No matter how gentle the beauty of their songs, The Slow Show are a band worth shouting about from the rooftops. 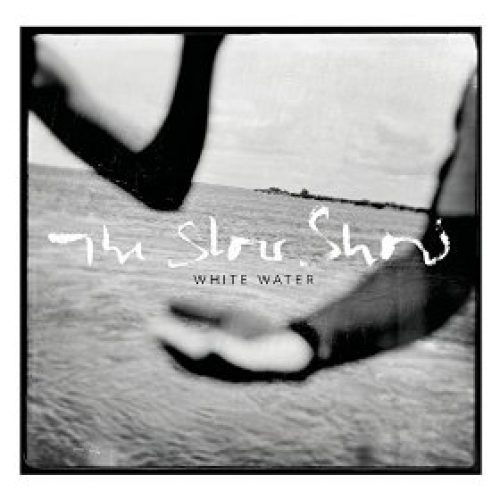 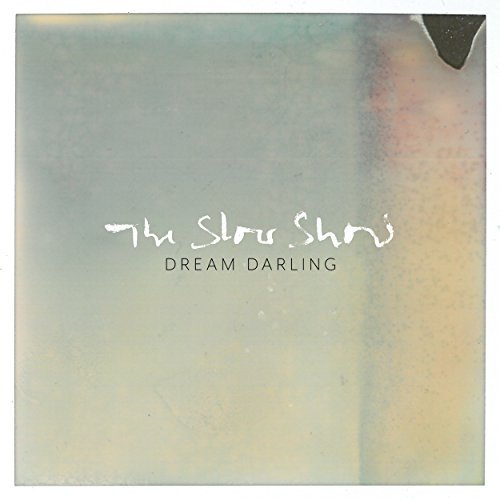