After spending two years living on opposite coasts and pursuing their own creative projects, Ivan Howard and Kelly Crisp returned last spring to set to work on the sixth full-length album from the Rosebuds. Joining up with Bon Iver frontman Justin Vernon (a friend and former bandmate who, in a 2011 interview, noted that the Rosebuds make “some of the most important music in the world”), the North Carolina-bred duo spent a week in Vernon’s studio teasing out a batch of songs that effortlessly weave the hooky songcraft of classic jangle-pop, the cagey romanticism of new wave, and a refined yet full-hearted sensibility all their own. Featuring Vernon on guitar and synths—as well as Bon Iver drummer Matt McCaughan and Sylvan Esso’s Nick Sanborn on bass, both longtime pals and cohorts of the Rosebuds—the resulting Sand + Silence radiates both a graceful intensity and the loose, joyful energy that comes from making music with friends.

Extracting brilliance from easy collaboration is old hat to the Rosebuds, who formed in 2001 and carried out their first live shows as performance-art pieces that turned the stage into a replica of their own living room. “From the beginning we knew we weren’t going to be a regular band, that we wanted to keep it fun and creative, like an ongoing art project,” says Crisp. With their most recent releases including collections of original Christmas and Halloween songs and a record of Sade covers, the Rosebuds catalog reveals the restlessness of their creative appetites by shifting from the acoustic balladry of 2005’s Birds Make Good Neighbors to the dark synth-pop of 2007’s Night of the Furies to the dreamy indie-rock of 2011’s Loud Planes Fly Low. “One of the main things that’s kept this band going is we have no rules about what kind of music we should record or who can help us record it” says Howard. “We’ve always kept it free and open, and never been scared to go in strange directions. The songs themselves, whatever they want to become, are always first.” But despite the anything-goes approach, the Rosebuds invariably stay true to a melody-centric musicality that’s driven by their singular chemistry, delicately crafted songwriting, and untamable excitement about the possibilities in making art.

Co-produced by the Rosebuds, Vernon, and BJ Burton, Sand + Silence began when Howard (who had recently launched a solo project under the name Howard Ivans) came to New York in early 2013 to work with Crisp (who had newly entered Columbia University’s graduate program for fiction writing). While their original intention was to revamp a number of songs cut from Loud Planes Fly Low and turn those tracks into an EP, Howard ended up sitting down at a piano in the studio and sketching out a whole new series of songs. “I decided to quit trying to force the older songs into something that worked for us, and instead write some new ideas and just see what happened without any pretense,” he says. “Right away it just felt really good and sounded like a new Rosebuds record to me—the tone and melodies reminded me of the lightness of the early Rosebuds days, with this feeling of the music being new and inspiring but still so simple that almost anybody could play it.” Once they settled into Vernon’s April Base Studio in Eau Claire, Wisconsin, the Rosebuds devoted a week to bringing those new songs to life by recording live (a previously unexplored tactic for the band). “Everyone in the room we were working with is such a great musician, so we’d hit record and the whole thing would just sail,” says Crisp. “Everything would get done in just one or two takes, and the songs all ended up having this buoyancy to them.”

On Sand + Silence, that buoyancy’s abundant in songs like “In My Teeth” (a darkly charged but groove-laced stunner steeped in bittersweet memory), “Blue Eyes” (a summery-perfect pop powerhouse built on Motown-inspired rhythms), “Mine, Mine, Mine” (an early-Beatles-esque lark of a love song), and “Death of an Old Bike” (a track that wraps its swirling guitars and woozy harmonies around lyrics about finding hope at the most down-and-out times). But even in its moodier moments (such as the high-drama synth and urgent harmonies in the home-state homage of “Esse Quam Videri”), Sand + Silence shimmers with a sense of promise and possibility—a dynamic that the tense but breezy title track twists into lyrics like “Lonely blue above/Give me a cloud or something right here/‘Cause I’m unfolding in the light right now right here.” And in the doo-wop waltz of “Looking For,” the lovesick sway of “Give Me a Reason,” and the stripped-down yet soaring reverie of “Tiny Bones” (whose vocals were recorded in the woods outside Vernon’s studio, serendipitously capturing the start of a rainstorm and which can be heard closing out the album), Sand + Silence’s starry-eyed melancholy takes on a near-transcendent quality. 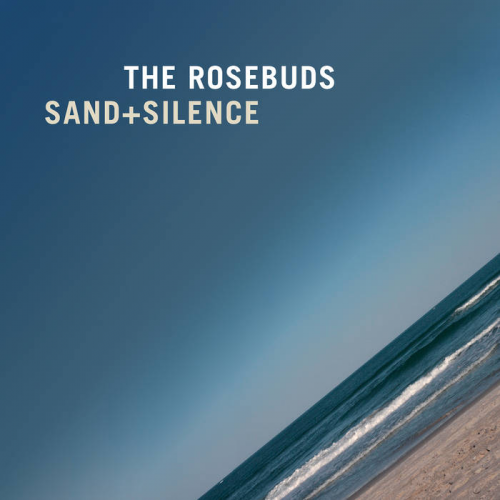 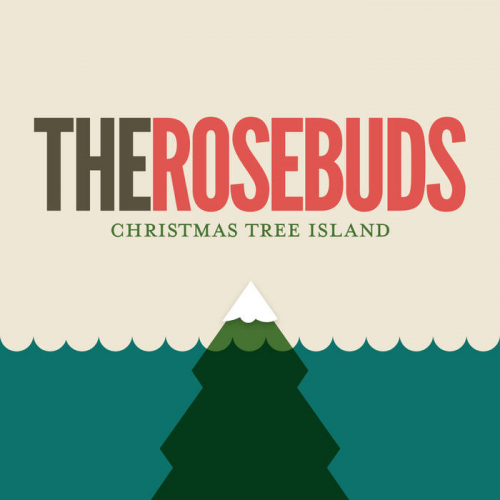 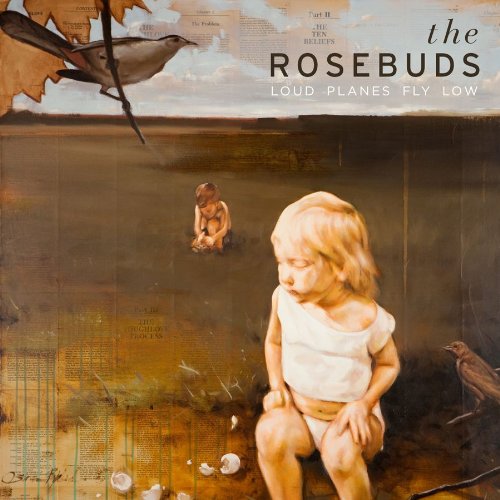 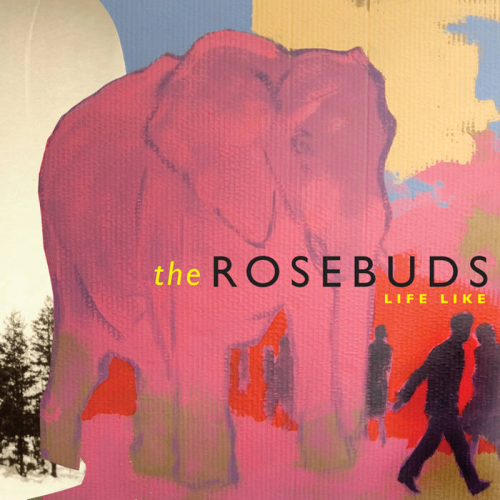 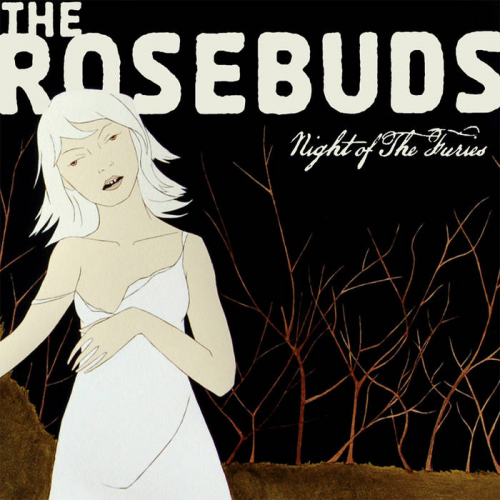 The Rosebuds Night Of The Furies 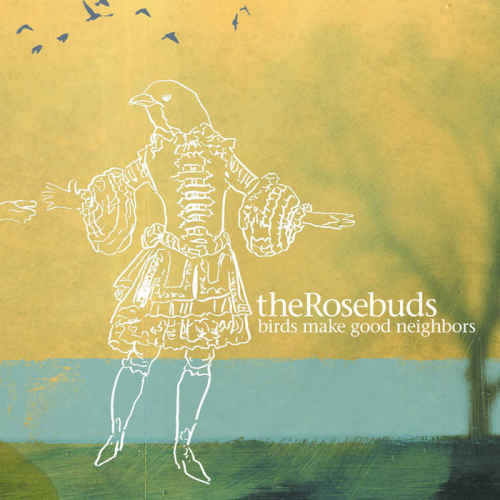 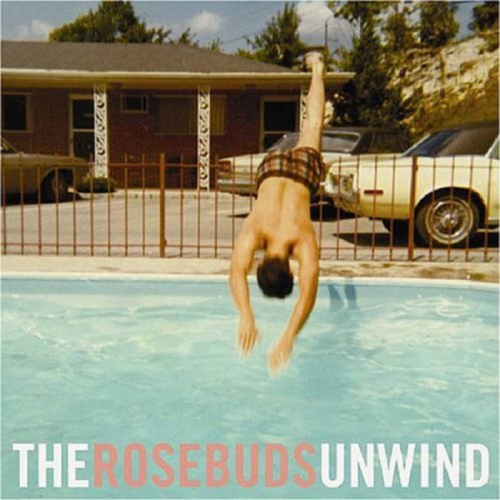 Beat Goes On, The
El Camino
Is There Room?
I'd Feel Better
Unwind
Edmund Street 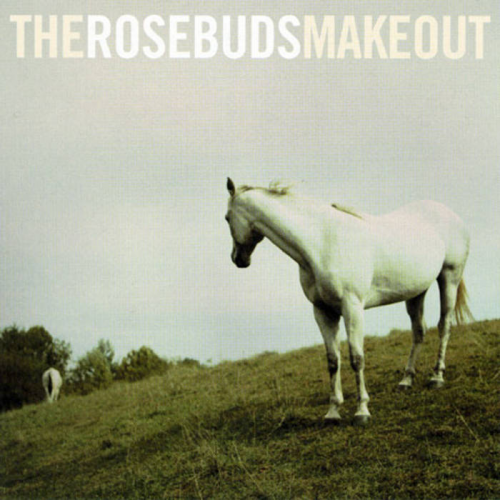 Big Heartbreak
Back to Boston
Boys Who Love Girls
Drunkards Worst Nightmare
Kicks in the Schoolyard
Make Out Song
My Downtown Friends
Signature Drinks
Waiting for the Carnival
What Can I Do?
Wishes for Kisses