January 7, 2014. The temperature read 4 degrees in Central Park, the coldest day in New York City since 1896. The Rentals’ Matt Sharp sat in warmth at a friend’s loft just off Union Square eagerly awaiting the first reviews to come in for Lost In Alphaville, The Rentals’ first official album in 15 years…

Just an hour earlier Sterling Sound Mastering Lab (NYC) sent out a download of the album to the core group of contributors: Jess Wolfe and Holly Laessig (Lucius – vocals), Ryen Slegr (Ozma – guitars), Lauren Chipman (The Section Quartet – strings) and Patrick Carney (The Black Keys – drums). This was the first time that both the musicians and the group’s new label, Polyvinyl Record Co., had a chance to hear D. Sardy’s (Jay-Z, LCD Soundsystem) bombastic mixes of The Rentals’ monumental new opus.

Then, one after the other, in steady fifteen-minute intervals that familiar iPhone chime-alert started to sound off: Ding! From Carney: “FUCK!” Ding! From Chipman: “FUCK!!” Ding! From Slegr: “fuuuuccckkk” Then back-to-back from Matt Lunsford and Seth Hubbard at Polyvinyl. Ding! Ding!! “FUCK, FUUUCKK!!!” Similar monosyllabic outbursts of excitement from Wolfe and Laessig were soon to follow. Sharp laughs, “The Rentals …Lost In Alphaville, a one word review: FUCK!” Sharp continues, “I’m sure it sounds stupid, but that was really the best response I ever could have hoped for.” Sharp laughs again, “FUUUUUCCCCCCKKKK!!!!”

But in hearing Lost In Alphaville for the first time maybe that somewhat vulgar, but timeless expression of unbridled enthusiasm is not so stupid after all. When listening one can’t help but be stoked by the perfect amalgamation of the sonic components: the dense wall of Slegr’s punishing guitars, the primal smack of Carney’s drums, Sharp’s driving, distorted bass and thick buzz of saturated Moog synthesizers — all tempered by Laessig’s and Wolfe’s beautifully lush voices and Chipman’s elegant string arrangements serving as an extremely rich foundation for the layers and layers of Sharp’s detached, voyeuristically breathy vocals.

As the record’s main producer, one of Sharp’s first choices on Alphaville was to record with each of the album’s collaborators in isolation, working one-on-one with each musician in different cities. The majority of the album was recorded in Los Angeles, then two sessions with Carney in Nashville and finally wrapped up with the Lucius ladies in New York. Sharp encouraged extensive improvising, with the intent of accentuating each musician’s unique approach to their instrument, searching for a synthesis of how they could fit into The Rentals massive sonic landscape.

He then took all of the tracks back to his home in L.A. where he started the very long process of experimenting with these improvisations, weaving them into incredibly dense arrangements-with several songs exceeding a track count of 200 individual parts! It would be understandable to assume this would be a recipe for a bloated, cacophonous train wreck, but somehow there is a strange sense of harmony to this monstrous wall of sound that simultaneously seems explosive and ecstatic while being completely at ease with itself. Cacophony never sounded so fun.

During this process of arranging, Sharp would slip into what he described as “euphoric, psychedelic daydreams.” Sharp says, “If you can’t whip yourself up into a state of full-blown rapture while you’re creating, I don’t really see the point of making music.” Sharp further explains, “When I was working with Jess and Holly, for instance, I was fairly grounded in reality, but once I took their tracks back to my house I would loosen the reins to my sanity, crank the monitors so loud that all the instruments and voices would blissfully saturate together to a point where all of my delusional thoughts would just roller-skate off to Xanadu.”

In 1995, Return Of The Rentals boldly brought a rough and raw, lo-fi approach to commercial radio that was simply unheard of at the time: guitars through Big-Muff pedals, layered violins doubled nasty old vintage synthesizers wrapped around simple boy/girl harmonies. These unique low-budget, trashy new wave anthems played side by side with big budget commercial-ready albums could not have sounded more refreshing. The group’s stark $500, black and white video for “Friends Of P.” broke through on MTV, in what still might be one of the most unlikely hits the music-video channel has ever beamed out.

As a co-founder of the band Weezer, Sharp was no stranger to the generosity of MTV’s airwaves. The iconic geek-rock group rode on the back of two brilliant Spike Jonze videos (“Buddy Holly” and “Undone – The Sweater Song”) and into the homes of teenagers coming of age in a post-Nirvana world. Without explanation, after the promotional commitments for their second album Pinkerton came to an end, Weezer unceremoniously fired Sharp. Much to the dismay of its fan base, by Weezer kicking Sharp out of the group, they let go its most colorful member and destroyed a chemistry that most fans think will never be recovered.

After being given his walking papers, Sharp turned his complete focus back to The Rentals. The unexpected success of the group’s first album launched them into their hedonistic sophomore effort Seven More Minutes (1999), which featured a diverse collection of European artists that included Blur’s Damon Albarn as well as many other notable figures of Brit-Pop royalty. The ambitious album let critics and fans alike know that the group would not be satisfied trying to recapture past glories.

Some 14 years later, sitting on the porch of Carney’s Nashville home, Sharp slowly sipped on a cold cocktail in the heavy humidity of an average Tennessee summer night, reflecting on the recording session earlier that day – “There was something about that first day working with Patrick. It reconnected me to a feeling I thought I had lost somewhere along the way.” Then around 3 or 4am, in that sweltering evening, Sharp claims to have had an untold epiphany about the future of The Rentals and a clear direction for Lost In Alphaville.

The results of whatever that epiphany might have been are simply staggering. At its conclusion Lost In Alphaville is a true sonic achievement, The Rentals best album by a Nashville country-mile, a blissfully righteous storm of broken-up guitars, buzz-saw synthesizers, brutally, barbaric rhythms which crumble and crackle against a wash of strings, male and female voices-all blending into 10 perfectly formed pop songs. Not only have The Rentals completely surpassed their first two albums, but Sharp just might be putting forward the best work of his entire career. 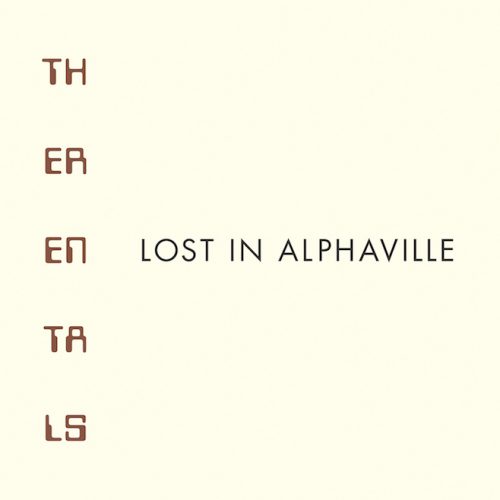 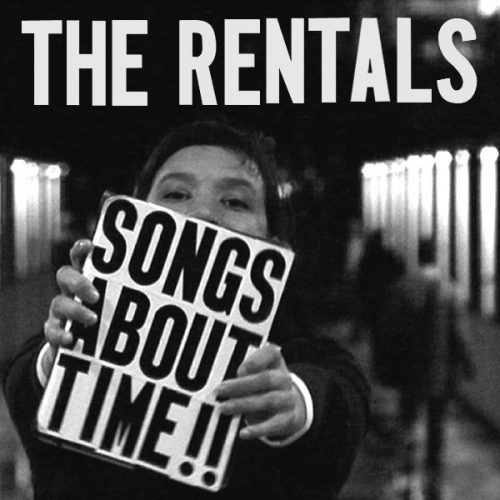 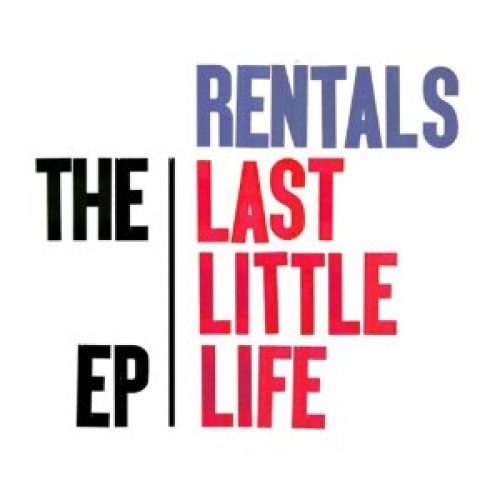 Last Romantic Day
Little Bit Of Everything
Life Without A Brain 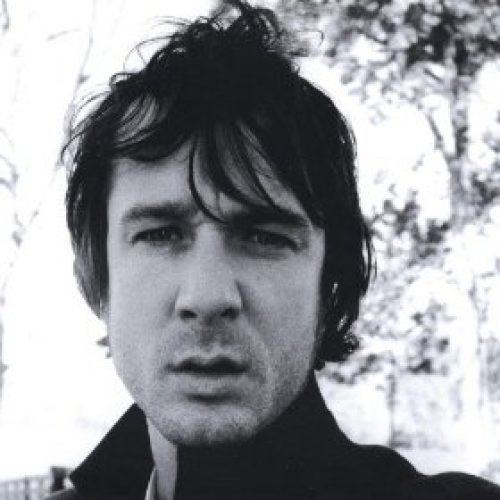 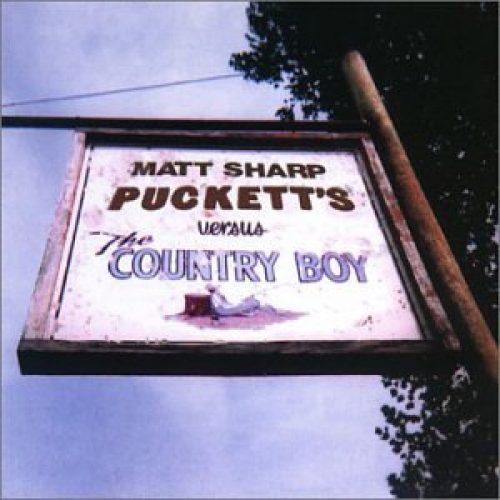 Goodbye West Coast
Some Come Running Through
Visions of Anna
Hey, What You Gonna Do? 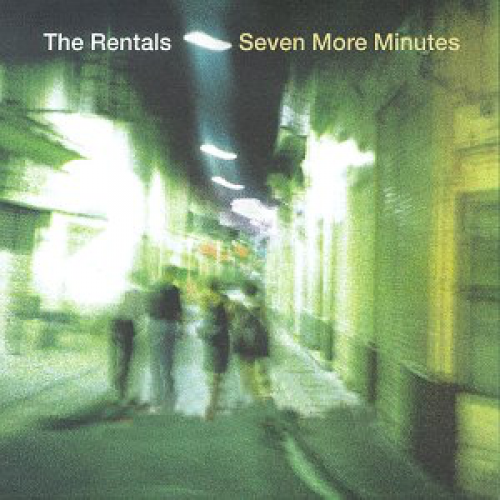 Getting By
Hello, Hello
She Says It's Alright
The Cruise
Barcelona
Say Goodbye Forever
Overlee
Big Daddy C.
Keep Sleeping
The Man with Two Brains
Must Be Wrong
Insomnia
It's Alright (Reprise)
My Head Is in the Sun
Jumping Around
The Great Bank Robbery 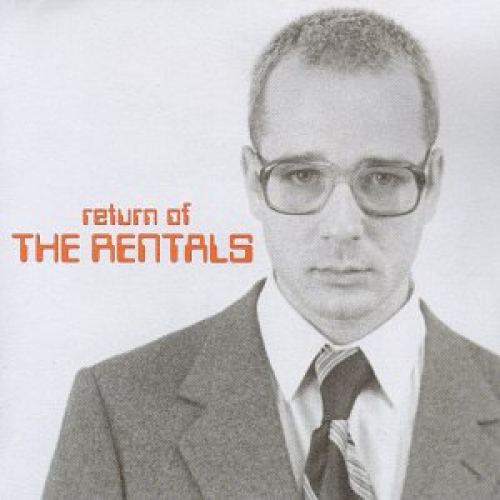 The Rentals / Matt Sharp Return of the Rentals

The Love I'm Searching For
Waiting
Friends of P.
Move On
Please Let That Be You
My Summer Girl
Brilliant Boy
Naive
These Days
Sweetness and Tenderness