Politically charged yet intensely introspective, raw in emotion yet cinematic in scope, San Francisco’s The New Up formed soon after Noah Reid and ES Pitcher serendipitously met at a music festival. Since then, the band has turned out three self-released EPs (Gold, Better Off, Broken Machine) and one full-length (Palace of Industrial Hope). The New Up’s sophomore album, Tiny Mirrors, came to life in three distinctly charmed spaces: a self-built studio in the group’s San Francisco “band house,” an intimate Marin home surrounded by redwoods, and a secluded barn in a seaside Mendocino town. The New Up channeled their DIY spirit and sonic ingenuity into infusing gritty garage rock with lush textures and lavish atmospherics. Equally the result of an exacting, metamorphic songwriting process, Tiny Mirrors reveals itself as a gorgeous paradox: a collection of songs that give a bracing glimpse at the state of the world but still feels fiercely intimate; an album that’s supremely life-affirming despite all its apocalyptic overtones.

With its buzzing synths and serpentine riffs, indelible melodies and sprawling arrangements, the album explores the notion of overcoming disconnection by “looking at our own reflection first and seeing more than just tiny, disjointed fragments,” according to Pitcher. “It also reflects the fragmentation of our society and how, more and more, our differences are portrayed as a negative thing rather than a symbiosis of these ‘tiny mirrors’—like a mosaic.”

Tiny Mirrors marks The New Up’s first collaboration with an outside producer: Jack Frost, a DJ and longtime musical cohort whom the band credits with encouraging their move into more electronically crafted terrain. Throughout the album, Pitcher’s sultry vocals cut through that richly layered sound to capture endless dimensions of feeling. On “Future Is Now,” the song’s hazy soundscape and graceful melody meet with an unnerving narrative. Stark yet shimmering, “Black Swan” gives a boldly detailed portrait of what Pitcher refers to as “being young in the city and in a place where your loneliness and lack of self-love are so obvious—but you’re just rebelling against it and doing everything to forget that you’re alone.” And on “Almost Human,” The New Up deliver a powerful meditation on the longing for connection. “Imagine a view of Earth and then the lens zooms in on individual people in different places, people who are alone and trying to find connection with something that is bigger than they are,” says Pitcher of the song’s lyrics. “We forget how much we’re truly connected, and how on a bare-bones level we’re all the same.”

That renewed sense of purpose brought its share of daunting moments to the making of Tiny Mirrors, according to Pitcher. The band endured many personal shakeups in the last year and a half of working on the album, including the death of several friends and the birth of Pitcher and Reid’s daughter. “Having these heavy and contrasting experiences allowed us to go deeper into the process of this album—to make music that’s a little more meaningful in a world that can sometimes feel very surfaced or superficial,” says Pitcher. As a result of their determined perseverance, The New Up ultimately gave life to an album that wholly embodies their mission as a band. “We realized more than anything, we want people to feel empowered to fight fear with truth.” 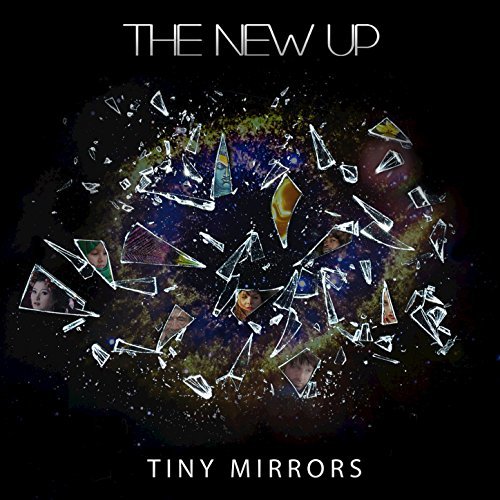 The New Up Tiny Mirrors