Don’t bother asking The Mastersons where they’re from. Brooklyn, Austin, Los Angeles, Terlingua; they’ve called each home in just the last few years alone. If you really want to get to know this husband-and-wife duo, the better question to ask is where they’re going. Perhaps more than any other band playing today, The Mastersons live on the road, perpetually in motion and always creating. Movement is their muse. On tour, in the unpredictable adventures and characters they cross, in the endless blur of skylines and rest stops and dressing rooms and hotels, that’s where they find their greatest inspiration, where they hone their art, and where they crafted their brilliant new album, Transient Lullaby.

“When you travel like we do, if your antenna is up, there’s always something going on around you,” reflects guitarist/singer Chris Masterson. “Ideas can be found everywhere. The hardest thing to find is time.”

For the last seven years, The Mastersons have kept up a supremely inexorable touring schedule, performing as both the openers for Steve Earle and as members of his band, The Dukes, in addition to playing their own relentless slate of headline shows and festivals. It was Earle, in fact, who pushed the duo to record their acclaimed debut, Birds Fly South, in the first place.

“Before we hit the road with him in 2010, Steve said, ‘You’d better have a record ready because I’m going to feature you guys during the show,'” remembers fiddler/tenor guitarist/singer Eleanor Whitmore. “We didn’t even have a band name at the time. We were going through all these ideas and Steve suggested, ‘Why don’t you just be The Mastersons, and that was that.”

Upon its release in 2012, Birds Fly South was a breakout critical hit on both sides of the pond, with Uncut awarding the album 9/10 stars and Esquire dubbing The Mastersons one of the “Bands You Need To Know Right Now”. Two years later, they followed it up with Good Luck Charm, premiered by the NY Times and praised by Mother Jones for its “big-hearted lyrics, tight song structures, and sweetly intertwined harmonies.” Pop Matters ranked it “among the top Americana releases of 2014,” while American Songwriter called it “a perfect soundtrack for a summer of warm nights and hot, lazy days,” and the Austin Chronicle praised the band’s “spunky wit and rare measure of emotional maturity.” The album earned The Mastersons slots on NPR’s Mountain Stage and at festivals around the world, from San Francisco’s Hardly Strictly Bluegrass to Australia’s Byron Bay Bluesfest.

With endless touring came new levels of comfort and confidence, and when it was time to record Transient Lullaby, The Mastersons knew they wanted to take a different approach than their first two releases. The band set up shop at Arlyn Studios in Austin, TX, where Chris shared production duties with longtime friend and collaborator George Reiff (Ray Wylie Hubbard, Band of Heathens). Together, they chased a sound that was subtler and more evocative, deeper and more contemplative.

“A lot of what we listen to when we have some rare time off is what we consider late night music,” explains Chris, who previously played guitar with Son Volt and Jack Ingram among others. “The last record was bright and jangly and we wanted this one to be vibey and dark. A lot of the stuff is very performance-based and not at all fussed with. We’ve grown so much more comfortable in our skin that we really weren’t trying to sound like anyone other than ourselves this time around.”

“We’ve had a lot of time and a lot of miles to refine our sound and our style of singing,” adds Eleanor, whose resume includes work with Regina Spektor and Angus & Julia Stone. “I think the depth of our songwriting has really grown, too. Part of the time we’re writing on a tour bus with Steve Earle, and the bar for poetry is pretty high when you’re within earshot of one of the greatest songwriters alive.”

Rich with Eleanor’s stirring string arrangements and Chris’s masterful guitar work, the songs on Transient Lullaby more than live up to the challenge. The album opens with “Perfect,” a loping duet written partially in Washington, DC, and partially in Newcastle, England, that paints a portrait of two broken lovers who still manage to find a strange optimism in this challenging world. Spare and affecting, the song puts the spotlight on the duo’s intoxicating vocal harmonies and makes for an ideal entry point into an album full of characters facing down difficulty and darkness with all the grit and humility they can muster. “Fight,” written in a downtown Cleveland hotel, is a wry wink at the battlefield of marriage (“I don’t wanna fight with anyone else but you”), while the fingerpicked “Highway 1” twists and turns on a California road trip through an emotional breakup.

“Life’s not easy,” reflects Chris. “It’s hard for everybody, and I don’t see it getting any easier. All you can hope for yourself is grace when walking through it, and someone to prop you up when you need a little help.”

Though it’s a deeply personal album, Transient Lullaby is not without its political moments. The Mastersons found themselves on tour in Lexington, KY, during the height of Kim Davis’ obstinate stand against the Supreme Court’s same sex marriage decision, and so they penned the infectious “You Could Be Wrong” in a dressing room before taking the stage with “Love Wins” draped across their guitars. “This Isn’t How It Was Supposed To Go”—a cosmic country duet written in Cologne, Germany—has taken on new layers of political meaning in 2017, while “Don’t Tell Me To Smile” is a tongue-in-cheek feminist anthem, and the gorgeous, slow-burning “Fire Escape”—which came to life in a hockey rink locker room in Alberta, Canada—suggests that the only solution to a polarized world of fear and distrust is to find strength and guidance in our loved ones.

“As we look at the world political landscape, global warming, a refugee crisis and the uncertain times we’re all living in, rather than lose hope, we look to each other,” Chris says. “It’s a little brighter than Cormac McCarthy’s The Road, but not much.”

Ultimately, the road is at the core of everything The Mastersons do. “Happy When I’m Movin'” reflects their constant need for forward momentum, both physically and emotionally, and the title track paints the pair as “pilgrims of the interstate” on an endless voyage. “No I don’t unpack my bag / Traveling from town to town,” they sing in beautiful harmony. “Set ’em up and knock ’em down / Where there’s work and songs to sing / You’ll know the place where I’ll be found / If you don’t want to be alone / Then come along.”

For The Mastersons, all that matters is where they’re headed, and the songs they’ll write when they get there. 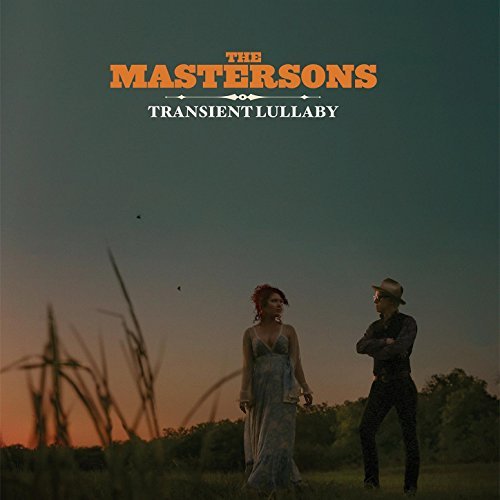 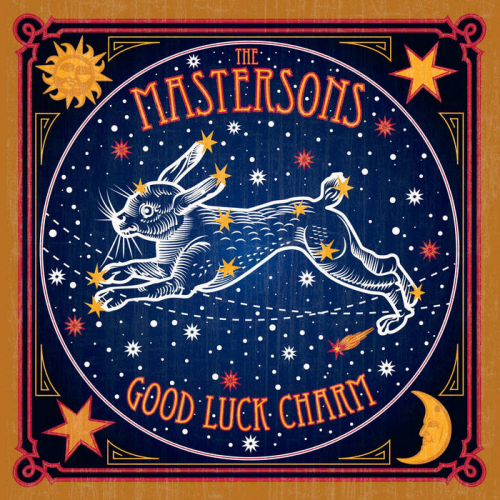 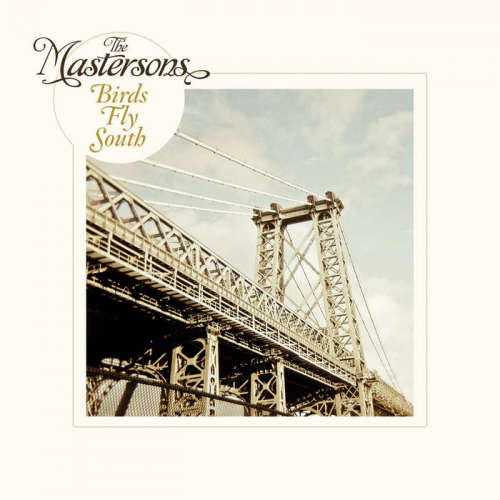