The Everymen are a rock and roll band from New Jersey.  They are Mike V, Catherine Herrick, Jamie Zillitto, Scott Zillitto and Ryan Gross.  These Mad Dogs Need Heroes is their third album.  This is a short(ish) version of their story.

Mike V spent much of his 20s on DIY tours with various indie rock, punk and metal bands. After nearly a decade of sleeping on floors, living off of $10 a day, and crossing his fingers in hopes that the van would make it to the next city, he decided it was time to call it a day and give up on playing in a touring rock and roll band. From that day forward he would look for a real job – one with health insurance and paid vacation time, make records on the side, play with his friends on a show here and there, and write songs to satisfy no one other than himself, vowing to never let it get too serious.

Mike began recording the earliest Everymen songs around this time, keeping things ultra lo-fi, only pressing super limited 7″ runs to hand out to his friends and family; just for fun; nothing serious. After working odd jobs around Jersey City and Brooklyn for a few years, he eventually landed a job at legendary independent record label Matador Records.

Having performed the earliest Everymen songs as a duo for a year, he decided to enlist the help of pals from the Jersey City/Hoboken rock scene, brothers Scott and Jamie Zillitto on sax and bass respectively; if only to flesh out the sound, still intending to play just for fun; nothing serious.

Shortly thereafter, he discovered his foil and songwriting muse. Catherine Herrick was then working as a publicist for Matador’s partner company, The Beggars Group. They had been friendly acquaintances, but it wasn’t until a post-work karaoke booze-a-thon that Mike heard Catherine singing Def Leppard’s “Bringing On The Heartbreak” and was immediately convinced that she had to join his little sideband, and that he had to write songs for her commanding voice. He promised her that it would be nothing serious. A show here, a show there, maybe a weekend run or two and that would be it. He promised. Nothing. Serious.

Over the course of the next 18 months, the band incrementally increased in size, released their first album, 2012′s New Jersey Hardcore and Mike eventually redacted all of his promises about The Everymen being nothing serious. They began touring as heavily as a band that still held full-time day jobs could. The average weekend consisted of jaunts to Cleveland or Chapel Hill or Youngstown or Lexington or Nashville or any city that was within a one-day drive of the band’s beloved Garden State. Long holiday weekends were spent going even further, taking the band to Florida, Texas, Illinois, Missouri and virtually every state east of the Mississippi. Then all of the band members’ vacation time was spent traipsing even more and more throughout the east coast and southeastern United States. Juggling full time jobs and the average home lives of any normal people in their late 20s and early 30s, The Everymen still managed to play nearly 100 shows a year during this period.

Having defined the term “Weekend Warriors” for the better part of two years The Everymen decided to give the band an honest go in spring of 2014, quitting their full time jobs, and touring as much as they possibly could on the back of their sophomore long player Givin’ Up On Free Jazz, their first for New York City’s Ernest Jenning Record Co. In the year that followed Free Jazz’s release, the band booked themselves solid and played just short of 200 shows, honing their incendiary live set and solidifying themselves as one of the most exciting and hardworking bands in the independent underground.

Just as they were wrapping up their final leg of touring behind Free Jazz, the band decamped to Muscle Shoals, Alabama to track their third LP with Ben Tanner, touring member of Alabama Shakes and co-owner of esteemed Shoals label Single Lock Records. They were armed with an arsenal of new songs, and an exciting new member in guitar player-slash-pianoman Ryan Gross. They were frothing at the mouth to get into a proper studio and create their new album.

The band spent ten days working together as unit (a first for The Everymen, as the first two albums were recorded piecemeal, member by member, part by part with Mike V being the only constant in those early sessions) with Tanner, streamlining and perfecting the eleven songs that would become These Mad Dogs Need Heroes. The Everymen would end up playing some of these songs live for the first time in front of their largest audiences to date after being offered the coveted spot as opener for two weeks of dates supporting The War On Drugs in the summer of 2015.

Of course, no Everymen album creation myth would be complete without a minor disaster impeding the album’s completion. Just as the band was trapped in their Hoboken recording studio during the recording of their debut due to flooding during Hurricane Irene, the completion of Mad Dogs would have to weather another deluge, forcing the band to delay the mixing process for weeks after the ceiling at Rural Street studios collapsed during an apocalyptic North Carolina rainstorm. Luckily no one was hurt, the band’s master tapes were safe and mixing commenced a few weeks later.

Lyrically, These Mad Dogs Need Heroes has two distinct voices. Mike V was engaged to be married and looking forward to the future, writing odes to his wife-to-be and not-yet-born niece. Catherine was conversely processing a lot of pain and disappointment in her personal life. Looking to heal from the past, while feeling anxious and uncertain about her future, songwriting was a much-needed form of catharsis. Both perspectives peered “into the great wide open,” albeit with very different perspectives.

Just as influential on the band was Muscle Shoals itself. From the ghosts which legend says live in the river, to the collection of young, incredibly vibrant, active bands in the area, the four corners of Muscle Shoals – Sheffield, Florence, Tuscumbia and Muscle Shoals – were alive with musical and spiritual inspiration for the band as they tracked Mad Dogs. As they repeated Mike V’s mantra of “Rock less. Swing more!” throughout the process of recording the album, the band opened their minds, hearts and ears to allow the swing, spirit, groove, heart and soul of the Shoals into the studio with them. These Mad Dogs Need Heroes is the result. 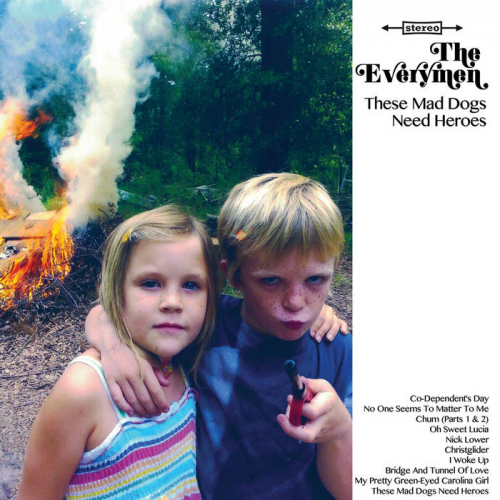 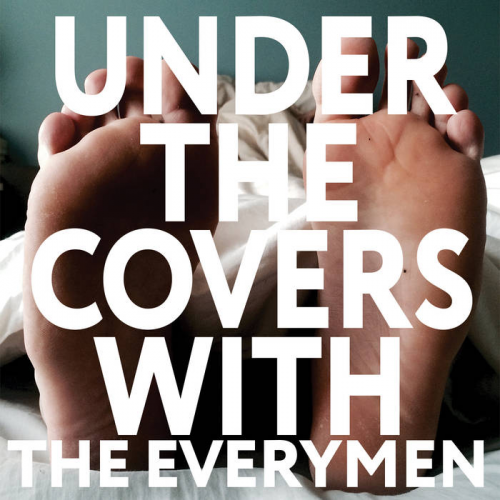 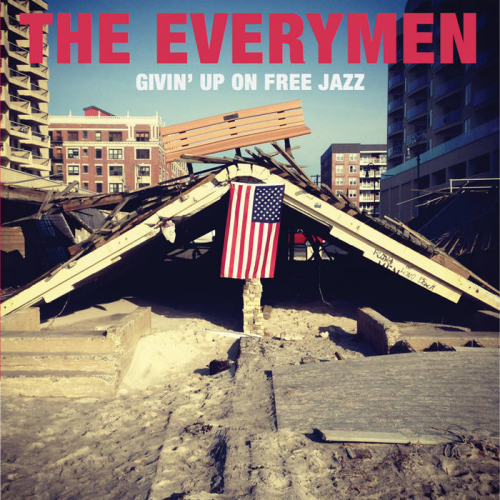 The Everymen Givin’ Up On Free Jazz

Bl'ast Off!
A Girl Named Lou Pt. 2
Spain
Fingers Crossed
Another Thing To Lose
All I Need Is You
NJHC
Ain't Good Enough For You
The Ballad Of Sarin
A Thousand Miles
Izzy

Joey & The Neighborhood
Dance Only, Only Dance
With The Boys
Go Cardinals
Coney Island High
Come Back To Bed
Boss Johnny & The Get Lucky
Dreams
Annie
Novocaine
Yellow Sunday Dress