Among rock ‘n’ roll’s many mistresses and muses, California remains one of the most enigmatic, enduring, and enchanting. The Golden State’s allure can notably be attributed to the intoxicating melodic excess of the Eagles’ “Hotel California” and the finger-picked pensiveness of Led Zeppelin’s “Going To California,” to name a few.

The West Coast’s influence courses throughout The Delta Saints’ 2017 full-length album, Monte Vista. Irresistible lead single “California” snaps from a vintage synth swell into a rough-n-tumble guitar riff and bluesy howl. It’s an anthem for throwing caution to the wind, skipping town and setting out to find something more.  “California has always been a sort of haven for the band both physically and emotionally,” says front man Ben Ringel. “We’ve got a home base at our guitarist Dylan’s grandmother’s house in La Jolla on Monte Vista Street. That’s where the album title comes from. When we wrote the song, we were in the middle of a dismal Nashville winter. We were all feeling the need to escape the cold, but also had this drive that had been building up over the previous year to really push ourselves beyond where we were. I think we all felt a bit stagnate, and ‘California’ is about us getting up and actually doing something about it.”

The Nashville-based quintet—Ben Ringel [vocals & guitar], Dylan Fitch [guitar], David Supica [bass], Vincent “Footz” Williams [drums], and Nate Kremer [keyboards]—craft raw and visceral rock music with psychedelic flares, fuzzed-out guitar riffs, arresting drum patterns and blues tendencies over the course of 10 tracks produced by Third Man Records alum Eddie Spear [Jack White, Arctic Monkeys, Chris Stapleton]. It’s the triumphant culmination of a long journey comprised of ceaseless touring in the United States and Europe and fan favorite records such as the crowd-funded Death Letter Jubilee in 2013 and 2015’s Bones. The latter yielded “Sometimes I Worry,” which landed a prominent placement on the most recent season of Showtime’s Shameless. It also spiritually set the stage for Monte Vista, an album brimming with a restless spirit and coming-of-age ruminations on life, love, self-discovery and the world at large.

“We started working on the new music shortly after we finished Bones, which was an incredibly transitional record for us,” Dylan recalls. “We switched gears from primarily being a foot-stomping bayou blues band into the psychedelic and indie rock realms. We pivoted from harmonica to keyboard. It’s a little less roots. And now we’re independent again after being on a label. Through the whole process, we had this need to continue writing. There was a lot of stuff going on in the world and a lot to be inspired by, whether it was losing artists such as David Bowie and Prince or the political climate. So, we came up with ideas throughout 2016.”

During this time, the band found that their songwriting was evolving as well. Sharper hooks and bigger melodies took shape, invigorating The Delta Saints’ sound with a jolt that makes each one soar to new heights. Drawing a heavier energy from Alice In Chains and Rage Against The Machine, a succinct delivery courtesy of The Kinks, Oasis, and Kasabian, and a cinematic expanse a la Pink Floyd and Radiohead, The Delta Saints fell into a groove that finally felt right. They seamlessly began to create undeniable rock songs with Spear at the helm.

“In the past, we wrote the music first and then put the choruses down afterwards,” elaborates Dylan. “With Monte Vista, we started the opposite way. We came up with the lyrics and the choruses first. Figuring out what we wanted to say was the initial goal.”

“Bones was way more focused on instrumentation,” says David. “With these songs, we would show Eddie a jam, and he’d be like, ‘That’s cool, but I don’t care. There are no fucking words!’ He wouldn’t listen to anything until it had a melody. That forced us out of our comfort zone and established a new system. Ed had a major impact on the album.”

The Delta Saints recorded the entire record in just six days at Sound Emporium in Nashville. As a result, a palpable energy carries the music.

“Sun God” blazes with bright bombast as Ben chants, “I am the Sun God. Come take it from me.” It’s about the conflict that comes with generations giving way to the next; a poignant snapshot into modern day politics. “In Your Head,” is a swaggering tune accented with pops of playful, drowsy synths, an adrenaline-spiked chorus and raucous vocals telling the story of an early morning cab ride back to the hotel after a long night out. Inspired by Alabama Shakes, the rollicking “Burning Wheels” ends with a Celesta solo. Throughout the record, the band enriches its sonic backdrop with a 1969 Moogerfoogerkeyboard and delay.

“It’s the exact delay you hear over Dark Side of the Moon,” Dylan beams. “As soon as you put any instrument, vocal, guitar, or keyboard through it, it takes you to ‘Us And Them.’ We found some great places to incorporate the sound.”

“Space Man” is a tribute to the late David Bowie. An acoustic guitar starts off with Dylan and Nate coming in from out in the atmosphere, before Footz and Ben fade in to fly the ship. “This was one of those really magical moments, when a song just pours out onto the page, and you have to just try to get it all down. Bowie is undeniable. A musical force.” says Ringel. The song shows a softer side of the band, but builds until you feel the boosters kick in on the chorus.

Monte Vista concludes with the haunting harmonies of “Two Days,” illuminating Ben’s vivid lyricism. “I had a stretch where I didn’t leave home for a few days, and I started to lose it,” the front man admits. “On top of it all, my wife was out of town, so I just stayed in the house and got lost in my head for a little too long. She returned and pulled me back to reality, fed me vegetables, and made me step out into the sun. The song is about needing that person to pull you out sometimes, when you get too deep down in the rabbit hole.”

The band proudly continues a rock ‘n’ roll legacy for Nashville.  “While it obviously is the heart of contemporary Christian and Country music, the city has a really incredible rock scene,” adds David. “Between Jack White, Black Keys, and Kings Of Leon, I’d argue that the biggest rock stars of today live in this town. I’ve personally felt a lot of support from the community.”

Now, The Delta Saints are ready to bring Monte Vista to listeners everywhere as they hit the road for another marathon of touring.

“I hope that listeners hear the story in the record and can relate to it in their own way,” Ben concludes.

“I’d love for people to listen to this record and replay it the way I did when I first heard Aha Shake Heartbreak by Kings of Leon,” Dylan leaves off. “I hope we’re able to set the bar for what rock music can be right now.” 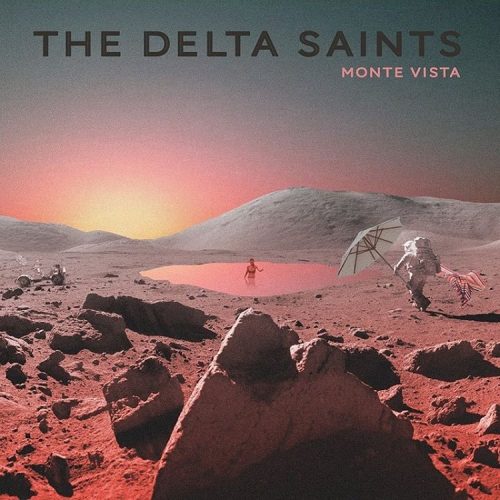 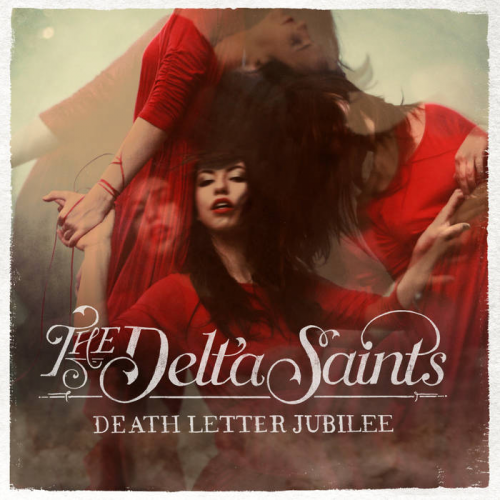 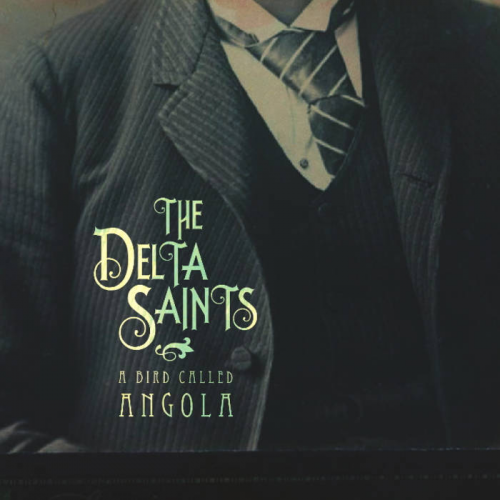 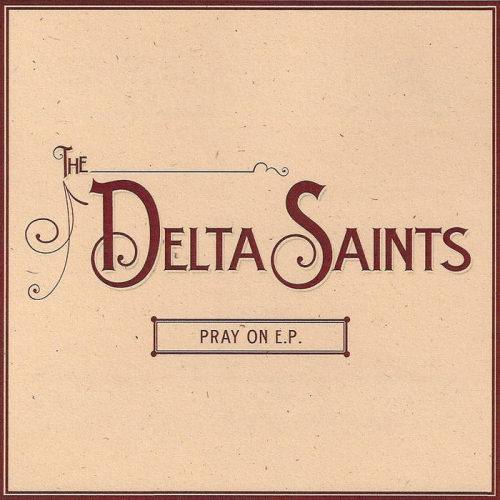 The Delta Saints Pray On E.P.