Chris Broach is a lifelong musician in the truest sense. He started as a member of the influential indie act Braid as a teenager and for the past two decades he’s released under the name The Firebird Band. In 2015 Broach and his longtime collaborator Steve Znavor launched a successful Kickstarter campaign, raising money for a new album for The Firebird Band – but Broach quickly realized that these songs demanded a new moniker. “The Firebird Band was just my thing for so long and SNST is really that Steve and I created together,” Broach explains. “It’s a true collaboration in that sense.”

The duo wrote the songs that would become Turn Out The Lights at each other’s respective residences in Chicago and Los Angeles, but a true turning point occurred when producer Will Yip (Circa Survive, mewithoutYou, Pity Sex) stayed at Broach’s house while he was producing Braid’s No Coast.

The result is an album that seamlessly blends electronic and organic instrumentation into a unique amalgam of music that’s as apt to make you dance as it is to make you think. “Steve and I both approached this recording in terms of what’s best for the song,” Broach explains. “We both have a similar aesthetic but we’re coming from different places musically and I think that allows us to combine all of those ideas into something cohesive.” From the club-worthy, synth-driven groove of “Get Over Yourself” to the stripped-down perfection of “’76 – ’78” and angular post-rock feel of “Running From The Girl,” Turn Out The Lights is album that’s difficult to categorize because it doesn’t have an allegiance to any one genre – and its strengths lie in the liberating nature of that freedom. 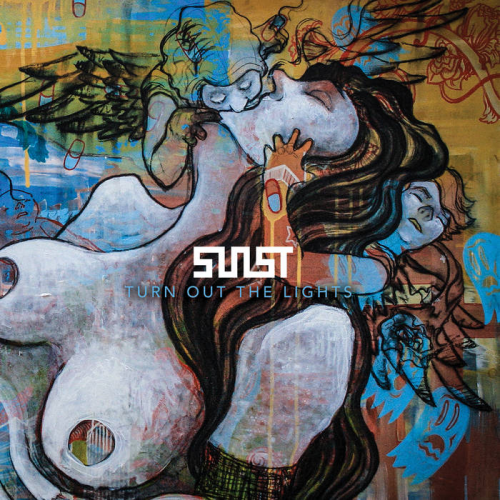 SNST Turn Out The Lights