Suno Deko is the solo experimental­-pop project of Atlanta poet and musician David Courtright. Derived from the Hindi words for listen (suno) and look (deko), the project was conceived in late 2009 while David was living in New Delhi, India, working as an archivist and studio assistant for a lauded Indian figurative painter. Mistaking the words for terms of endearment, he found the words returning to him as they began to represent the wider themes of detachment and alienation that are often endemic to living in a new place alone, but doubly served as reminders to be present, open, and attentive.

After India, he returned to Atlanta, becoming involved in various musical projects and writing poetry. By late 2012, David had turned his focus back to the vision of Suno Deko that had been ruminating in the back of his mind since India, and began working to realize it for what it is today: a solo, multi-instrumental, loop-­based project based in experimentation and orchestral layering that weaves the sonic and the poetic into simple but potent statements on mortality, the physical body, love, vulnerability, and dreams. Working almost architecturally, he builds the songs live, starting often with a rhythmic foundation, then adding guitar, synth, violin or vocal parts to create a dense and kinetic aural landscape.

His debut release is the four­ song Thrown Color EP, set for release digitally and with two selections on 7” vinyl in late June on Berlin­-based Stratosfear, a label curated by No Fear of Pop, and for limited cassette release on Life Like Tapes. The EP was recorded and mixed at The Cottage in Atlanta by Luciano Giarrano, and mastered by Warren Hildebrand of Foxes in Fiction in New York. 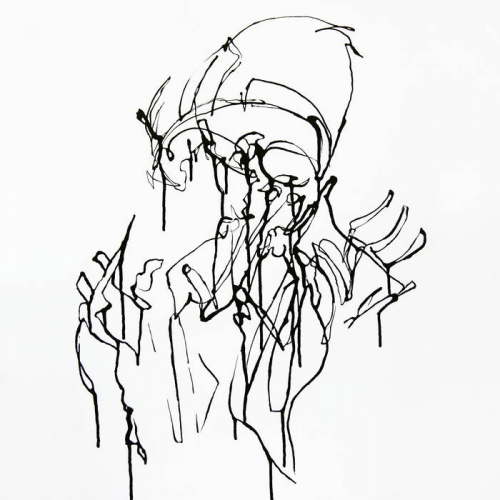