The two friends originally met in Montreal, where they played in the same scene as experimental pop acts like d’Eon, Braids, Majical Cloudz and, of course, Grimes. For their album, though, Ertel and Borden uprooted and moved to Iceland, where they wrote and recorded in the beautiful Lutheran church that appears on the cover of their record.

Like Grimes, Borden and Ertel obsess over the way they can make human vocals shift, shimmer, and transmute when filtered through machines. Fittingly, considering its recording location, their album has a quasi­-religious weight to its sound—though Ertel assures us, “We’re not, like, a medievalist band or something.” Even so, Ertel’s voice, when re­pitched and processed, can come off less like a single human and more like a gathering of Gregorian monks or an occult hymn sung by a roomful of acolytes. 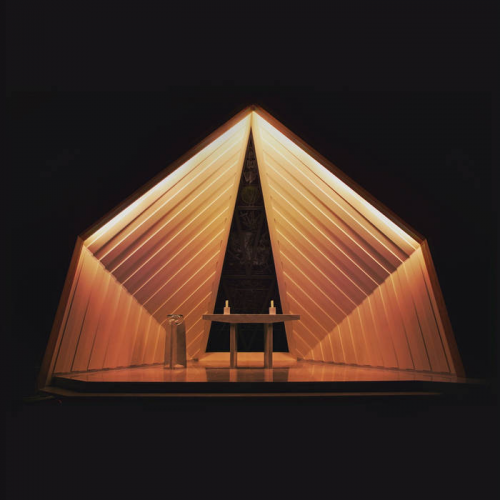