Sloucher began with Jay Clancy (Makeup Monsters, Cayucas, Hibou), a drummer looking to try his chops at writing his own songs. After trying his hand as a solo act, Clancy sought a more familiar format – he started a band. Clancy wrote the material that would become Sloucher’s 2016 debut EP, Certainty, and recruited a couple friends to help flesh out recordings – drummer Jack Hamrick and former The Globes guitarist Kyle Musselwhite.Two years later, the band’s reputation and sound have only grown – the band itself has quite literally grown, adding bassist Lance Umble (Telekinesis, Cumulus, Bod). They’ve landed opening slots for acts like Angel Olsen and Guided By Voices and opened the main stage at the 2017 Sasquatch! Music Festival. Those two years later, they’re releasing what they’re heralding as their first truly collaborative record, Be True, on November 16 via Swoon Records.

Last October, the band holed themselves in Earwig Studios with engineer Don Farwell for 12 days – half of those days were spent on guitars alone. It was the longest either the band or Farwell had worked consecutively in the studio. The majority of the base tracks were done with the band all in the room together, a testament to their desire to make a record that reflected their live sound. The sessions became a marathon fueled by Cup Noodles, coffee, and Fernet; helping them push through their sonic experimentations with only minor cases of heartburn. Musselwhite says of the sessions, “After Certainty, we were interpreting the recordings that Jay made. We wanted to bring that new energy into Be True. In that process, I think we all realized we love playing loud and bringing more energy and gnarlier rock elements to it. We amped that up a lot.” The rigorous schedule paid off, from the methodical stomps and fuzz of opener “Blurring The Line” through the stark harmonics of the sprawling “Melodrama” and the breezy pop of the title track.

Prior to recording, the band created a shared, eclectic playlist of songs that they wanted the record to reflect, ranging from Sheryl Crow to Blink-182 and Elliott Smith. It’s a testament to the band’s eclectic taste, but also their discerning ears. More often than not, the common denominator became the guitar sounds between the different records. “I feel like people are kind of brushing off guitar rock, it’s not something that’s super cool right now – at least not in the mainstream,” Clancy says. “So we’re trying to tap into that base of people who are still really into that music and have an appreciation for it.” Echoes of bands of the Northwest past ring out in Be True, right down to the mixing from veteran engineer John Goodmanson (Bikini Kill, Sleater-Kinney, Unwound). But mostly the record places the band as next in the lineage of great Northwest guitar-centric acts, blaring their instruments with sensationally melodic focus. Much like the ethos that permeates throughout the album, Sloucher remains true to their roots.

Be True is out November 16 on Swoon Records. 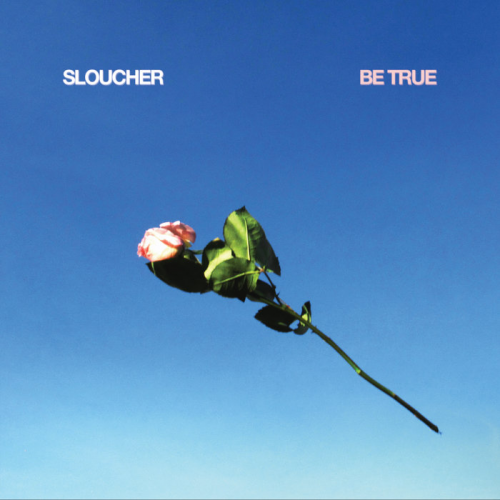