“We have this thing, and I don’t really know why, it’s just a comfort level,” says Zach Rogue of Rogue + Jaye, his newfound partnership with Courtney Jaye. “We have this easy spirit with each other where I like hearing her sing, and I feel very comfortable proposing ideas.”

Rogue has fronted San Francisco’s acclaimed indie-rock outfit Rogue Wave for more than a decade, and he issued his 2011 solo album Come Back to Us under the name Release the Sunbird. Jaye, now based in Los Angeles, has lived in Nashville, Atlanta, Austin and Hawaii and released such albums as 2010’s The Exotic Sounds of Courtney Jaye and 2013’s critically lauded Love and Forgiveness.

The pair first came together to co-write in December 2013. They instantly recognized their seamlessness as collaborators, and the result was “Til It Fades,” a contemplative and dreamlike song that melds Rogue’s and Jaye’s backgrounds as rock and pop songwriters with wistful country flourishes. “Til It Fades” is among the 10 tracks on Rogue + Jaye’s debut album, Pent Up, out Friday, April 7, 2017.

“I don’t know if I necessarily open up in that way with every person that I work with right off the bat,” says Jaye. “I think that that’s very rare for me. I feel a safety with him creatively.”

“Courtney was the first person I’d ever really written a song with,” Rogue adds. “Ever. And I was struck, because she was a total stranger to me, and she opened up to me. We had this moment, talking about her life. I felt like we built this friendship right away. We clicked right away.”

Rogue + Jaye’s easy chemistry and mutual respect shine on songs like “Forces of Decay,” a gentle, loping folk ballad on which the duo’s voices entwine beautifully. “You helped me to decide,” they sing in harmony, their voices sliding into place like delicate puzzle pieces destined to form a larger image. “I came to you in the midnight.”

The album is full of moments like that — moments like the outsized, heart-wrenching climax of “Don’t Say,” or the thumping, defiant chorus of “Little Relief.” Moments that echo the iconic duets of country’s golden age as much as Rogue’s rock background and Jaye’s penchant for Tropicália influences.

Pent Up was engineered by Logan Matheny at Bill Reynolds’ studio, Fleetwood Shack, in Nashville. Reynolds (Band of Horses), along with co-producing the album with Rogue, played bass, Seth Kauffman (Floating Action) played guitar, and Michael Libramento (Grace Potter and the Nocturnals, Natalie Prass) played drums. The record was mixed and mastered by Mikael Eldridge (aka “Count”) in San Francisco. 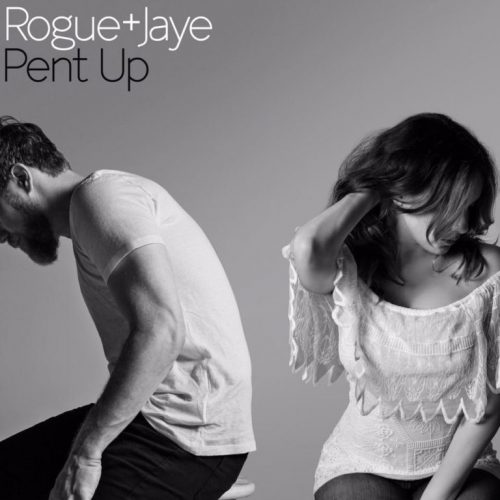