When Rogue Wave’s Zach Rogue boarded a plane for Bloomington, Indiana in the summer of 2010, he wasn’t even sure he should be going. Following years on the road with his band, Rogue Wave, Rogue was itching to do something different, but wasn’t sure what. On a whim, he booked time at a studio called Russian Recording, run by his friend Mike Bridavsky in Bloomington, and bought himself a plane ticket. Bringing a couple acoustic guitars with him, as well as the fragments of a few not-anywhere-near-finished songs, Rogue knew he was moving forward without any real sense of what he was moving forward towards.

The result of these sessions turned out to be some of the most remarkable music Rogue has made to date. He titled the project Release The Sunbird, and released his first album under that moniker, entitled Come Back to Us on Brushfire Records on July 26th, 2011.

Release The Sunbird is a side project, but it’s not. Release The Sunbird is a solo project, but it’s not. Slapping a label on it to make it easy to categorize is tempting, but is ultimately doing a disservice to the incredible record Rogue has made. Come Back to Us is glowing from the inside out, the edges of the songs blurring in hazy focus, lifted by beautiful harmonies, meditative phrase repetition and lilting melodies. These songs are not the sort of cast-off melancholia or ambient electronic experiments in which other artists indulge when they’ve escaped from their band for a moment. Come Back to Us is sun-kissed, joyful and simply one of the most lovely albums you will hear this year.

But let’s take it a step back for a second; the time leading up to Rogue’s trip to Bloomington had helped to establish him as one of independent music’s most reliable musical voices. His records with his band Rogue Wave were critically acclaimed, allowing them to tour with the likes of Death Cab for Cutie, Jack Johnson, Spoon, Nada Surf, The Shins and more. Their albums, two of which were released on Sub Pop, two of which was released on Jack Johnson’s very own Brushfire Records, saw their songs scattered across the film and television worlds, appearing in Napoleon Dynamite, Heroes, Weeds, Nip/Tuckand more. Following a lengthy touring cycle for Rogue Wave’s most recent album, Permalight, Rogue simply wasn’t sure where he wanted to go next, until he decided Bloomington would be it with no plan, not very many songs and a great deal of hope.

The sense of possibility that accompanied Rogue into the recording process is evident on Come Back to Us, the recording of which ultimately became a community effort amongst the many musicians in Bloomington, IN. Drummer Pete Shreiner, bassist/vocalist Kenny Childers and vocalist Kate Long helped to bring out new sides of Rogue as a songwriter and vocalist, infusing his voice with a familiar intimacy. With lyrics that explore the vagaries of love, loss, memory, and the deceptive simplicity of hope, Rogue’s new songs are presented with an essential quality, as if every captured sound is ultimately serving the song. Sometimes these sounds are string squeaks, bent notes, or a breath here and there, and often it is the sound of the room itself, a space full of friends playing together. Whether bolstered by warm organ hums on opener “It’s All Around You” or lingering in the sparse spaces of “A New You,” whether simmering in the tension of “Paper Allies” or the delicate lightness of “Always Like the Son,” Come Back to Us is a re-introduction to an artist whose musical voice you thought you already knew.

In the tradition of artists like Lee Hazelwood, Emitt Rhodes, Levon Helm and more, Rogue has made a record that’s engaging for its fluidity and openness. This might be the best kind of musical departure a successful songwriter can hope for: a new showcase for talents he might not have known he had in the first place. 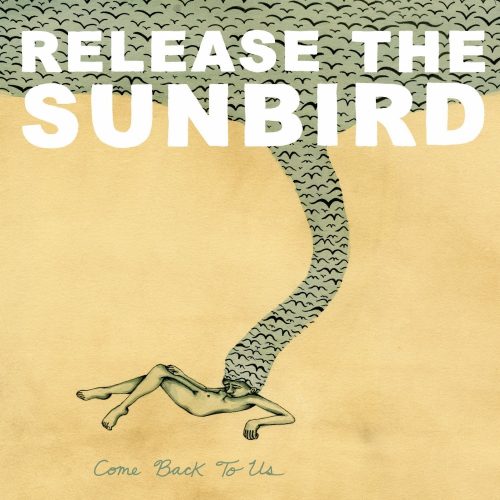 Release The Sunbird / Zach Rogue Come Back To Us