Shortly after the release of their gloriously homespun 2017 debut Ignite the Rest, beguiling indie rock duo R. Ring began working on material for their follow-up. Kelley Deal and Mike Montgomery collaborated on fragments, again enlisting drummer Laura King, Lori Goldston on cello, and Joe Suer on vibraphone.  Of course, R. Ring and friends had no clue that their process would be sidelined by a pandemic.

Engaged in other projects (Deal with The Breeders and Protomartyr and Montgomery with his Candyland Recording Studio) and waiting out a global crisis, Deal and Montgomery tinkered on nearly-finished tracks and bided their time. In early 2023, with a tentative hope that the coast was somewhat clear, R. Ring re-emerged with War Poems We Rested, an album replete with three-minute songs that stagger and strut in equal measure. The wait has been worth it.

The album’s opener, “Still Life,” declares itself as the first of many thrilling stylistic fake-outs. In this case, King’s colossal drums quickly crescendo before toppling into a bone-dry torch song.  The taunting top-line dances like a ghostly Marianne Faithful across a seasick chord progression embellished by Suer’s vibes. The second song, “Hug,” is a neat fusion of a classic Deal chugging dynamo and Montgomery’s guitar fuzz dream while repeating its mantra, “We’re all here.”  This one-two opening salvo establishes the album’s far edges: by turns swaggering, joyful, vulnerable, and stark.

Another standout in an album stuffed with mini-gems is the spectral “Exit Music.” Over an eerie suspended organ, a choir of breathy Kelleys caress a startling, mazy melody that feels like an otherworldly transmission, while underneath the band burbles and squalls like 154-era Wire.

But War Poems We Rested isn’t all head fakes and sonic collage. Montgomery’s “Likeable” grants a two minute affirmation (“I consider myself very likeable”) over a sturdy, rolling arrangement, while King’s “Def Sup” strides through a rubbery groove with chunky analog synth jabs. And “Cartoon Heart / Build Me a Question” blasts through a bratty two chord vamp while Deal ponders the Big Questions: “What is the name of your favorite song? What’s up with your crooked leg?”

In the album’s final stretch, “Lighter than a Berry” finds Montgomery unguarded as he outlines the dissolution of a moment. An ominous curtain of feedback parts to spotlight a lonely guitar figure which serves to prop even lonelier lyrics. And while the last song doesn’t necessarily undo “Berry”’s devastation, the stately instrumental, “War Poems,” offers a panoramic Americana guitar motif and the hypnotic motion of a dozy night drive as a lingering moment of grace.

Even though War Poems We Rested was momentarily quarantined, R. Ring used the opportunity to blow up the idea of album packaging and design. Singer and poet Matt Hart, tasked with writing some notes, enlisted a cadre of friends to create new poems inspired by each song, which resulted in a chapbook lovingly designed and handbound by Louisville’s alla testa. The first 200 copies of the War Poems We Rested LP will include this poetry collection featuring Sadie Dupuis, Hanif Abdurraqib, Lee Renaldo, Jackie Clark, Sara Jaffe, Rose Zinnia, Amber Tamblyn, Alejandro de Acosta, Jeremy Michael Clark, and Peter Davis. 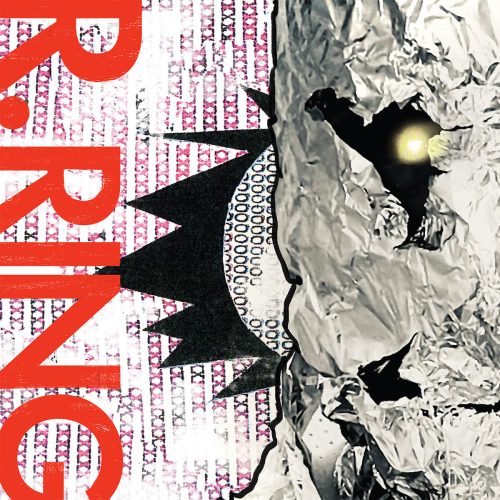