Noura Mint Seymali is a nationally beloved star and one of Mauritania’s foremost musical emissaries.  Born into a prominent line of Moorish griot (West African praise singers, poets and musicians) Noura began her career at age 13 as a supporting vocalist with her step-mother, the legendary Dimi Mint Abba.  From a very early age, she was trained in instrumental and vocal technique by her grandmother, Mounina, mastering the ardine, a harp reserved only for women, and singing at weddings with family.  Seymali Ould Ahmed Vall, Noura’s father, was similarly an important teacher, himself a seminal figure in Mauritanian music who devised the first system for Moorish melodic notation and composed many works popularized by his wife, Dimi.  Seymali sparked Noura’s compositional instincts and encouraged her earliest experimentations with fusion music.  Reared in this rich and transitive music culture where sounds from across the Sahara, the Magreb and West Africa coalesce, Noura Mint Seymali currently drives the legacy forward as one of Mauritania’s most adventurous young artists.

Fueled by the exploratory sound of her husband Jeich Ould Chighaly’s emotive psych guitar lines, Noura and Jeich formed their first “fusion” band in 2004 after working together for many years as a duo in the local traditional circuit.  Jeich, a master of the tidinit (aka. ngoni, xalam), brings the force of yet another important line of Moorish griot to bear, adapting the tidinit’s intricate phrasing to a modified electric guitar with heroic effect.  His unique sound, mirroring Noura’s vocal lines and refracting their melodies into the either, was born out of years of practice presiding over wedding ceremonies where solo guitar or tidinit directs the dance.  In parallel to his work with Noura, Jeich remains one of Nouakchott’s most sought after guitarists within the griot community until present.

As Noura and Jeich’s pop aspirations and a shared dream of modernizing Moorish music and exporting it all over the world began to take hold, their focus shifted from playing at weddings to experimenting with new formations in an effort to apply the griot’s wellspring of traditional knowledge and oral history towards something boldly contemporary.  Two albums released locally in Mauritania – Tarabe (2006) & El Howl (2010) – marked initial efforts at adapting a “modern” style.

Eventually joining forces with bassist Ousmane Touré and drummer/producer Matthew Tinari, Noura Mint Seymali distilled a core sound and began working as a quartet from 2012 onwards.  Touré, widely regarded as Mauritania’s premier bassist, began playing with Noura Mint Seymali from the earliest inception of her solo career, having previously collaborated with her father, Seymali, and numerous other local stars.   Tinari, originally from Philadelphia, USA, began playing drums with the band in 2010 after a chance encounter at a festival in Dakar, Senegal.  Quickly enamored of Moorish music over the course of successive visits to Nouakchott, he worked to translate the traditional percussion of the t’beul to the drum-set.  Tinari eventually took on the role of producer, organizing new recording projects and extensive tours for the band abroad.

With a rhythm section firmly in place, Noura Mint Seymali’s quartet sound was built around a deliberate return to Moorish roots, led by the raw music of the “azawan,” a word in Hassaniya that refers to the ensemble of traditional instruments in Moorish culture; the ardine, tidinit, guitar, t’beul.  After releasing two experimental EPs with this ensemble, Azawan (2012) & Azawan II (2013), both recorded locally in Nouakchott, Noura Mint Seymali signed with Glitterbeat Records in 2014.  The band’s first full-length album for the international market – Tzenni – was subsequently released in June 2014, combining refurbished tracks from the Azawan EPs and new material recorded in Brooklyn, NY.

Tzenni put Noura Mint Seymali firmly on the map as Mauritania’s preeminent artist. With burgeoning critical attention, the album was followed by extensive touring throughout North America, Europe, Asia and Africa as the music became increasingly likened in the press to a molten form of Moorish psychedelic rock, Saharan funk and even “future pop.”   Tzenni charted at #1 on World Music Charts Europe in Nov. 2014 and earned “Best Female Artist in North Africa” at the African Union’s 2014 All Africa Music Awards.

Arbina (2016, Glitterbeat) was released in Sept. 2016.  As the follow-up album to Tzenni it received wide critical acclaim, charting again at #1 on World Music Charts Europe, #1 on the Transglobal World Music Chart and included in a wide variety of ‘Best of 2016’ lists in publications like NPR, Vice/Noisey, The Wire, the Quietus, Uncut, Les InRocks, The Guardian, Rfi.  The Wire’s (UK) Tristan Bath described the band’s evolution as such: “Young griot singers develop by singing for days until their voice simply breaks and disappears, only to eventually return stronger and more agile than before…Seymali’s band have put this electrified traditional music through a similar process with a relentless touring schedule, coming out the other side that much more potent, agile and powerful,”

Though performances at major venues like globalFEST (USA), Festival-au-Desert (Mali), Roskilde (Denmark), The Barbican (UK), Summerstage-Central Park (NYC), The Kennedy Center (DC), WOMEX (Spain) and Lowlands (Netherlands) and collaborations with artists like Damon Albarn, Baaba Maal, Tinariwen, Spoek Mathambo, Oumou Sangare and Shabazz Palaces the band is actively exposing Mauritanian roots music to the world.  In a rare merger of cultural authority and experimental prowess, Noura Mint Seymali applies the ancient musical traditions of the griot with a savvy aesthetic engagement in our contemporary moment, emerging as a powerful voice at nexus of a changing Africa. 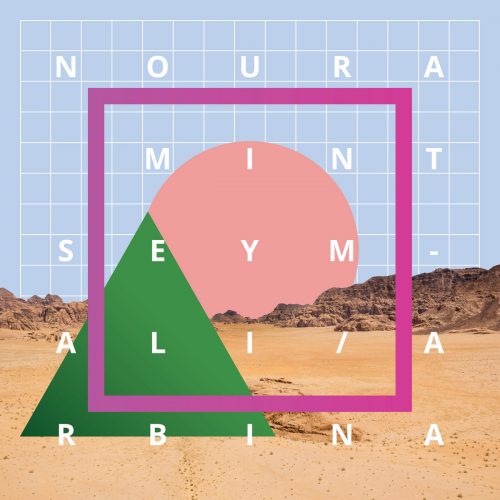 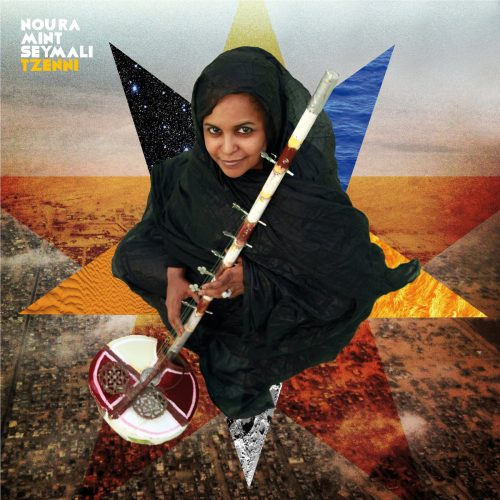