Trained as a painter but best known for his role as a founding member (and the extraordinarily agile bassist) of chamber pop heavy-hitters Ra Ra Riot, Mathieu Santos has surprised himself by making a solo record. The songs that compose Massachusetts 2010, to be released this summer, were first written — you guessed it — in 2010 in the great state of Massachusetts. Following their recording, however, those demos were set aside and left to sit while Santos spent time on the road with his main band. In the winter and spring of 2011, he returned to the 10 songs with fresh perspective and a critical distance from the context in which they were originally written. Applying his visual artist’s focus on only the most essential compositional elements, Santos borrowed a friend’s guest house in rural New Jersey and finalized the album in just a few days there. He worked quickly, maintaining the impulsive freedom of the original writing process but stripping down the palette and creating an arresting sonic environment that sparkles with tantalizing abstract imagery and finely-observed details, set against a backdrop of wide open spaces. As the album title suggests, these songs represent a particular time and place for Santos, and although the lyrics are largely impressionistic, phrases emerge regularly to make the album resonate with echoes of warmth, loneliness, love, regret, loss, and joy. Even if you weren’t there then, Massachusetts 2010 is a place and time that anyone with ears and a heart can hear and feel. 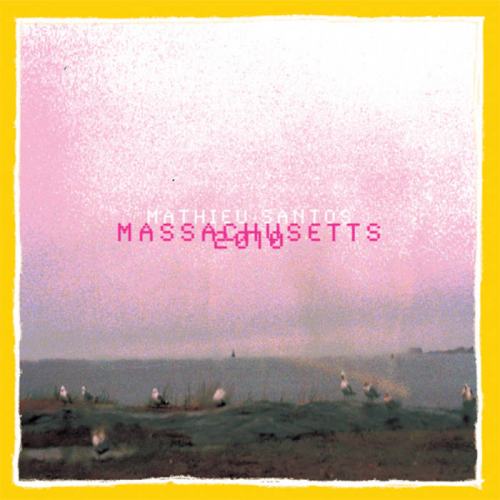