Mates of State have made a new album called Mountaintops. You already love Jason and Kori’s unmistakable music, or perhaps you’ve managed to miss out or have simply misunderstood just how great – and yes, influential – they and their sound and their songs are. You throw the record on the stereo and the first thing you notice is the energy and force of it: You could use the girl-group bounce of ‘Total Serendipity’ to help you do some sort of running-and-jumping-up-and- down exercise (that song even comes complete with a couple of cool-down sections). The first response you might have to ‘Maracas’ is to do the robot dance as the portamento Laser Cats intro kicks in, and that might be the correct response.

Go slightly deeper and you find the song-craft. You find that Kori is one of the best female singers in modern music (and Jason is also no slouch). You notice the effortless way their voices harmonize and volley back and forth, the movements within the song, the way they move from upbeat to pastoral so fluidly that you don’t perceive it happening. Their instruments and voices all move as one piece, inseparable. Through the years, the textures have become more intricate, deeper. They’ve begun throwing in the occasional trumpet or guitar, but it is still stunning how much they can do with just keyboards and drums. They move so far within the limitations of the two-piece format that you can’t even call it a limitation. It feels as natural as the standard rock-and- roll four-piece.

Songs like ‘Unless I’m Led’ or ‘Mistakes’ are like a conversation between the two of them as they are going to sleep, when words suddenly come to them, and it is all teetering on the edge of sense. Much has been written about Mates Of State that gloms on to the fact that Jason and Kori are beautiful people in love, with two beautiful daughters. I, too, was once bewitched by their good looks but then I stopped looking at the pin-ups on my wall and started listening to their records. All of the big ideas come to the surface: hope, grief, regret, gratitude, fate, the inevitability of change, the redemption of change, not carrying around the garbage of the past. There is a melancholy to much of their music that is sometimes ignored, and that often marks some of their best moments, like ‘Mistakes’ and ‘Desire’.

Switching between the melancholy and buoyantly hopeful is another specialty of theirs, one that they really nail on Mountaintops – the perfect family reminding us it is always a struggle to be happy, no matter where you are in life. The album title comes from an old Zen tale where a monk’s philosophical advice is to always aim for Cold Mountain, the eye always staying on the mountaintop, reaching it just to see the next mountaintop. You hear that throughout these songs: Kori and Jason traveling hopefully, knowing that the struggle and striving are probably the point of the whole thing. Sometimes it is as clear as the titles, with the three-song punch of ‘Desire’,’Change’ and ‘Mistakes’ that ends the album. The whole thing is so focused that it unfolds like one long piece, like an album should.

I know I have to be careful of what I write here, because it may be repeated to Jason and Kori a few hundred times, but I hear a lot of ABBA in their songs. Like ABBA, they write sophisticated boy-girl pop performed so flawlessly that you think it must be easy (but it’s not easy). I hear some of the early work of Giorgio Moroder, and I hear some of the more timeless 80s pop, like ‘This Is The Day’ by The The. I hear some classic Kirsty MacColl in ‘Sway’. I hear some of Nick Lowe’s effortless appropriation of classic pop forms. Sometimes I hear the Valley Girl soundtrack, one of my all-time favorites, in a song like ‘Basement Money.’ ‘Desire’ could have been a big hit for The Carpenters. They touch on so much of what has been great in the last 50 years of pop music, all viewed through the Mates of State filter. Most of all, they have actually built their own sound. They sound like themselves. I hear ‘Palomino’ and it sounds like quintessential Mates of State. Sometimes I hear a new band and think ‘What a Mates Of State rip-off!’ They have been carving out their place in the indie rock world since the late 90s, as two people playing complex songs that sound like five people playing a simple song. That is what the great ones can do. 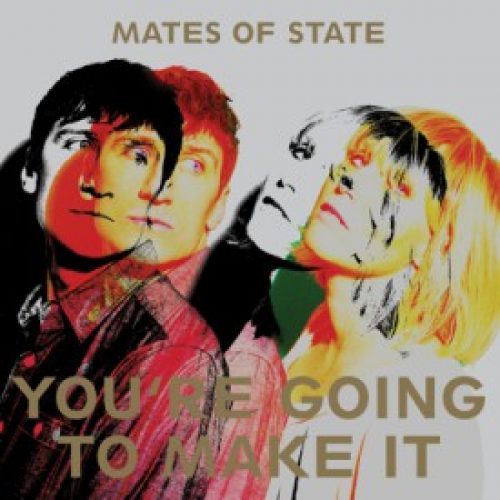 Mates of State You’re Going To Make It EP 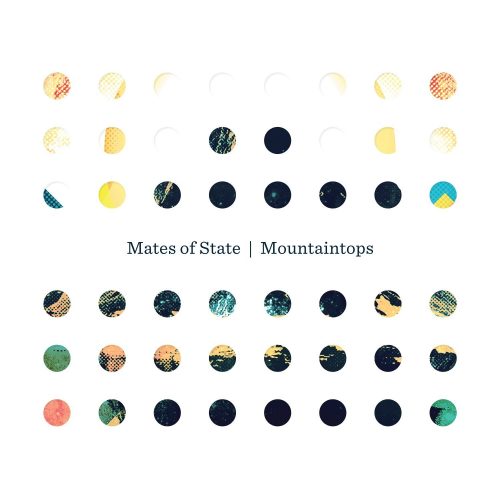 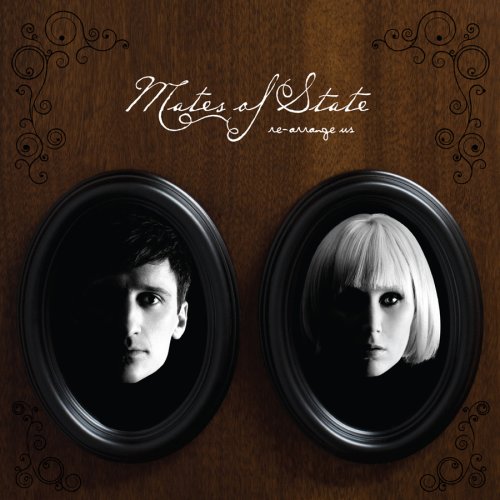 Mates of State Re-Arrange Us 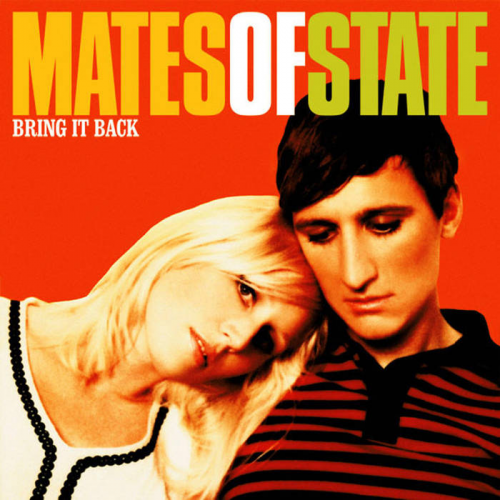 Mates of State Bring It Back