The band – and more specifically, the band name – began as a kind of gag between friends.  “Elisha and I were just hanging around talking about having a band and we were coming up with ridiculous names,” Weston said. “At first, I don’t think we really thought it would happen. But after awhile we were like, ‘Hey, should we really do this?’ Who would be the drummer?’ and Elisha immediately said, ‘Brokaw’.”

What began as a hypothetical joke between friends, quickly resulted in some pretty incredible actual music in the form of their debut EP In The Pond (2010, Sick Room Records).  As one might expect, you can hear elements of all the other bands Chris, Bob and Elisha are involved in, but ultimately, the Ferries’ music is truly its own thing.

On Mass. Grave, the trio has developed its sound even further – though it’s a sound that might be a bit hard to describe.  “I think I said something like Minor Threat crossed with ‘Eight Miles High’ by The Byrds,“ Wiesner said.  “But of course we sound nothing like that.  Our “sound” just happens to be what it sounds like when we all play together.”

The songs on Mass. Grave bounce around a bit stylistically, but there’s a like-minded, menacing quality to the melodies and rhythms that create an almost tangible thread binding the songs into a cohesive work.  When all three shout, “Hey!” in unison on Wiesner’s “Wrist Full of Holes”, the music suddenly becomes visual and you can see the band in a kind of men-as-machines, locked-in rhythmical moment.  Brokaw calls his song, “She’s A Fucking Angel (From Fucking Heaven)” ‘one of the best songs I’ve written, maybe ever,’ and he’s right – it’s a slice of pure pop genius inspired by a phone call with his fiancé and written in the ten minutes immediately after they hung up.  Weston’s “Look Up”, has an excellent stutter-step, jittery feel to it and a worthy mantra for our times in the lines “Look up from the telephone, Step off of the curb alone.”  Finally, Wiesner’s beautiful closing track “One White Swan,” is a kind of musical meditation that ends with Brokaw and Weston singing in unison underneath Wiesner’s high harmony.  It feels like a long, slow exhale after a frenetic run up a mountain.

So, why the name The Martha’s Vineyard Ferries?

Well, Elisha lives on Martha’s Vineyard – he was born and raised there.  Chris lives in Seattle and Bob makes his home in Chicago – but all three have ties to the island.

Bob and Chris met in Boston in 1991 when Bob recorded a Codeine show at Cambridge rock club, TT The Bears. Chris met Elisha in 2004 when he opened for Kahoots on the Vineyard. “I sort of fell in love with the whole scene there and started going back as often as I could, “ Brokaw said. “Eventually, I started drumming/guitaring in Kahoots, too. I would be very happy to end up living there at some point.” Bob met Elisha when he recorded Kahoots at a studio in Boston and played trumpet on some of their recordings as well. “I helped Elisha build one version of his recording studio on the island and did some recording there,” Weston said.  “Elisha also set up a show for Shellac on the island.  I’ve really fallen in love with the local year-round community.”

So, to name their band after the only mode of transportation available on and off the island seems fitting. The band even wears their own homemade uniformed Ferry shirts when they perform.  “They are a sort of a scary, evil take-off on the official uniform shirts that the workers on the real Steamship Authority ferry wear,” Wiesner said.

Scary and evil?  That seems fitting as well. 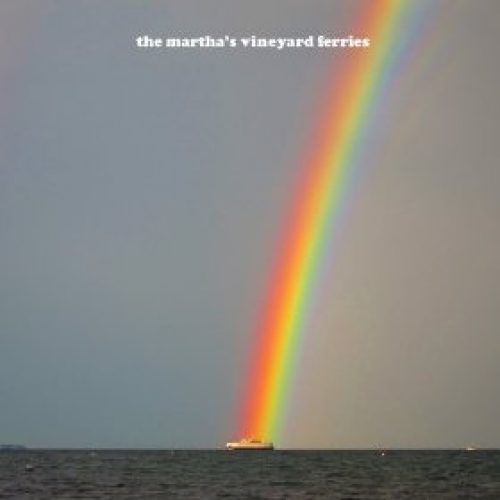 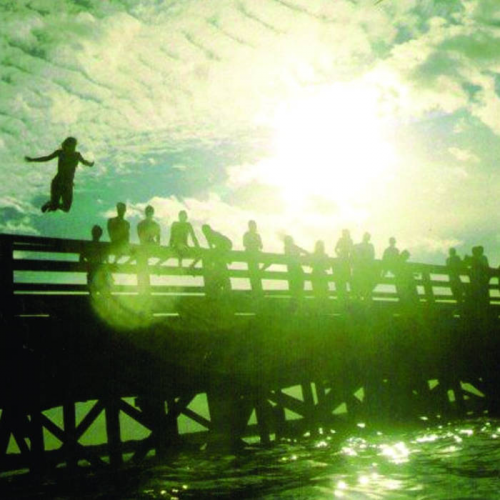 Martha’s Vineyard Ferries In The Pond

Get Them Young
Playing to Your Strengths
When You're Gone
Monochrome