The first solo album I heard by Kevin Devine was a demo tape a friend gave me in 1999.

The tape was pared down sound, just a demo recorded in somebody’s basement with a four-track. Hard-strumming acoustic guitar, toe-tapping percussion, a kid singing his heart out. With vocals untouched, and nothing produced, it was music in its simplest form, addictive and compelling.

But there was an additional side to Devine that I discovered when he performed in the indie rock outfit Miracle of 86, who cut their teeth at punk and hardcore shows in the 90s. Devine could easily transform himself from singer/songwriter into a shouting, high-energy, indie rock singer.

After Miracle broke up, Devine continued to pursue a thriving solo career that has earned him an international following, releasing six studio albums to high acclaim—including Brother’s Blood (2010) and Between the Concrete and the Clouds (2011), both charting on Billboard’s Top 200 and the latter peaking at #1 on Amazon.com’s mp3 album chart. In addition, Devine’s released two Billboard-charting records as a member of Bad Books, a collaboration with the indie rock band Manchester Orchestra.

Now with the simultaneous release of Bulldozer and Bubblegum, his seventh and eighth studio albums, the Brooklyn-based singer/songwriter attempts two drastically different sounds on two separate recordings in a dual-album project independently funded through an historically successful Kickstarter campaign.

Bubblegum, produced by Jesse Lacey of Brand New, is a proper rock band record, a more evolved sound from his early days in Miracle of 86; a record with up tempos, feedback, loud fuzz guitars, and catchy hooks that bring to mind the best of the Pixies.

“After Miracle broke up,” said Devine, “I’d write two songs per record that would have been Miracle songs. And when you’re opening for rock bands like I was for so many years, [my band] got really good at pedal-to-the-floor rock…. I had the notion to make two different records, two different ways at the same time.”

In between writing twenty-two new songs and touring with Bad Books in fall 2012, Devine was uneasy about the ethics of using a Kickstarter model to fund an established artist. But he was also disillusioned by his experiences inside the traditional label system. In the late months of 2012, as he continued to write, Devine’s uneasiness with the Kickstarter model began to recede. He proceeded with the belief that he would be doing something different and true, placing his trust in his audience to guide him.

“I’ve made six records. In America they’ve been released on five different labels. It’s a pretty unstable industry… What’s made it a sustainable and a justifiable career for me has been the audience and their close, passionate connection to the music.”

The Kickstarter campaign launched in January 2013, and immediately his audience answered back: within eight hours of the 45-day campaign’s launch, his target financing of 50K to produce, record, and tour both records was met, allowing Bulldozer and Bubblegum to be made and released with complete independence. But it didn’t stop there. Devine’s audience surpassed his expectations, and by the end of the 45-day Kickstarter campaign, he had raised $114,805, more than double his initial target.

“When that audience tells you to keep doing it and here’s the money, it almost renders a very crass thing – the exchange of money over the creative process – into a staggeringly humbling and encouraging experience. When this happened, I felt so motivated I dove into making the records.”

From there Devine set out to make what he had called LP7 (Bulldozer) and LP8 (Bubblegum) on his own terms.

The ten songs that comprise Bulldozer, Devine’s acoustic album, were recorded in L.A. from March to April 2013 and produced by frequent collaborator Rob Schnapf. With Devine on guitar, Schnapf gathered a stellar group of musicians to back him—Russell Pollard and Elijah Thomson (Everest) on drums and bass, respectively; Isobel Campbell (Belle & Sebastian) on backup vocals; and Schnapf himself on guitar, mellotron, and percussion.

The commanding big sound of “Now: Navigate!” with its chiming guitars, tongue-in-cheek wordplay, is a stampede of power pop, as is the quintessential rock/pop sound of “Little Bulldozer.” Songs like “She Can See Me” bring out Devine’s punk rock roots.

“From Here” was written in the days after Hurricane Sandy when Devine put things on hold to volunteer around Staten Island, where he partially grew up, and Brooklyn, where he now lives. Primarily, he came to the aid of two close friends who had lost their homes in the hurricane. Devine aided in food and material drives and played in benefit concerts.

“But it’s one of those things no matter how much you do it never seems enough.”

On “For Eugene,” centered around the death of Eugene Contrubis, one of the many who drowned on Staten Island, Isobel Campbell, known most popularly from Belle & Sebastian, lends her voice to add a moving layer to a song that swells to high emotional peaks.

Bubblegum, Devine’s “pedal-to-the-floor” rock album, is the product of his special collaboration with Jesse Lacey of Brand New as producer, shaping and writing alongside Mike Fadem on drums and Mike Strandberg on guitar, the two members of his touring group the Goddamn Band. The album was finished in April 2013, recorded at Dreamland Recording Studios in Hurley, NY and at Atomic Heart Studios in New York City.

The twelve songs on Bubblegum create a hard-driving, angular, and mature indie rock sound. Set to the tempo of Pixie-like guitar riffs, as on “Fiscal Cliff,” and Devine’s more socially conscious and politically bombastic lyrics, this is a side of Devine that screams and shouts itself over the feedback. “Nobel Prize” is a head-bouncing intro that captures the record’s relentless energy. “Private First Class,” based on the imprisonment and scandal of Bradley Manning who leaked unclassified documents in Iraq, is a surf/punk- sounding anthem of the highest-measure. But even high-octane rock records need to slow down, and Devine does so on tracks like “I Can’t Believe You” and “Red Bird” without losing consistency or steam.

The record’s most poppy tracks hit back to back with “Bloodhound,” “Bubblegum,” and “Sick of Words,” a catchy song that sounds as if Devine assembled Black Francis, Kim Deal, and Jackson Brown to back him—testament to the Goddamn Band’s musicianship provided by Fadem and Strandberg, with a debt to Lacey who also steps in on bass and percussion, and backup vocals.

Things have changed in the fourteen years since I heard that first Kevin Devine demo. Bulldozer and Bubblegum mark a new way to make music. With this simultaneous dual-album release in the fashion of Springsteen, Elvis Costello, Tom Waits, and Bright Eyes, Devine knocks down an old studio model with his audience’s participation. These twenty-two songs in total weave back and forth through our American landscape with bravado, heart, energy, and austerity. The delicacy of Bulldozer delights at every turn, every strum, every word, while Bubblegum turns the volume high, taking you in and out of time, a rock record nonpareil. Listen to them loud.

—Alex Gilvarry, author of From the Memoirs of a Non-Enemy Combatant 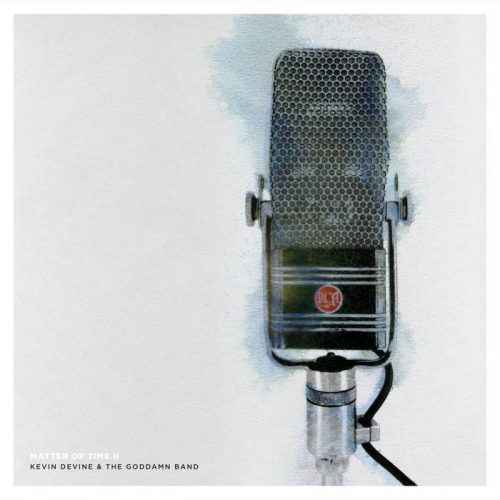 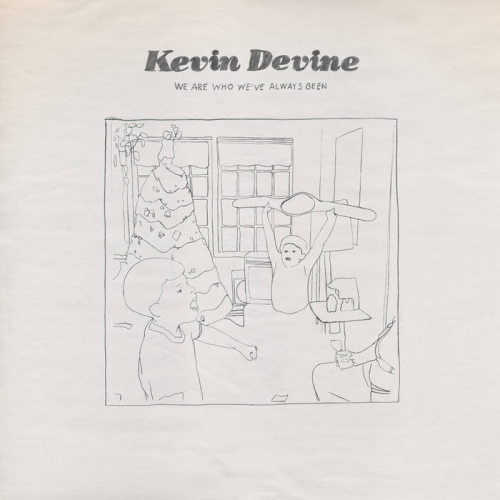 Kevin Devine We Are Who We’ve Always Been

No Why
Instigator
Magic Magnet
Freddie Gray Blues (Ft. Swivs)
No History
Daydrunk
Both Ways
No One Says You Have To (Ft. The Mynabirds)
Guard Your Gates
Before You're Here
I Was Alive Back Then (Ft. Half Waif) 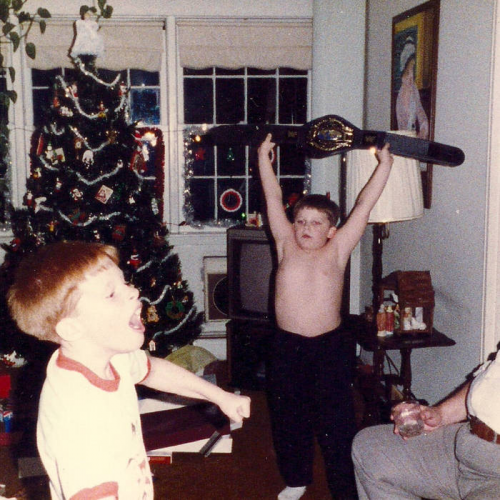 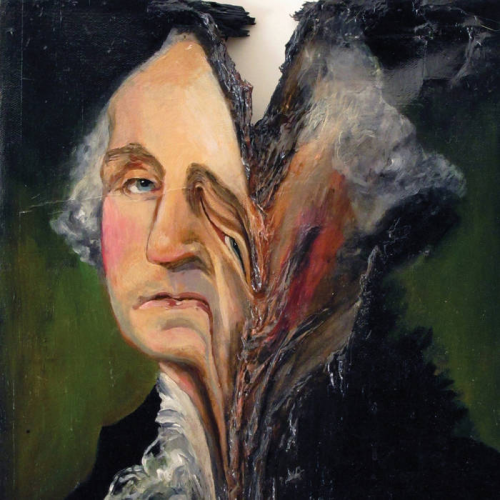 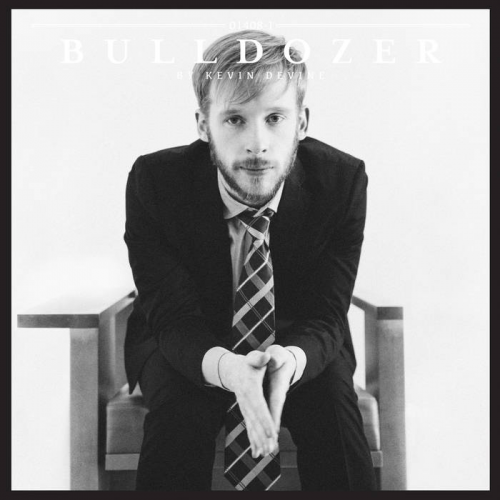 Now: Navigate!
Little Bulldozer
From Here
Couldn't Be Happier
You Brushed Her Breath Aside
The Worm In Every Apple
Matter Of Time
She Can See Me
For Eugene
Safe 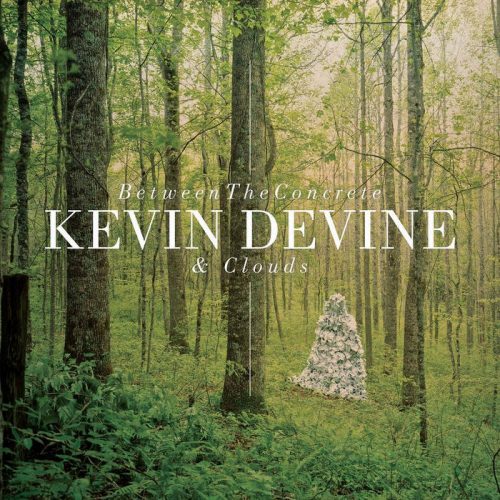 Kevin Devine Between The Concrete And Clouds

Off-Screen
The First Hit
Sleepwalking Through My Life (free)
Awake In The Dirt
Between The Concrete And Clouds
11-17
Wait Out The Wreck
A Story, A Sneak
The City Has Left You Alone
I Used To Be Someone
Part Of The Whole
Luxembourg