Every picture tells a story, don’t it? Take the striking image on the back of Jeffrey Dean Foster’s new album, The Arrow. Foster is seated in a folding chair, lost in reverie while strumming a chord on a very cool-looking guitar. Though engulfed in darkness and mystery, he appears intent on transcending his sepulchral surroundings through the illuminating glow of a song. Adding to this beguiling image is the evocation of ringwear on the front and back covers, serving as a touchstone to a bygone era while illustrating the passage of time.Like an old album cover, we accumulate our share of rust and wrinkles as we pass through this temporal world. As Foster states in the songs that start and finish this album, “Life is sweet/But it doesn’t last.” Those lines set the tone for an album that is, by turns, wistful and forceful, introspective and outgoing. As if recognizing the need for community, this is the most band-oriented album Foster has made as a solo artist. It includes numerous cuts in which he and his fellow musicians – including such familiar names as bassist Don Dixon and guitarist/producer Mitch Easter – are playing live on the floor of Easter’s Fidelitorium studio.The Arrow pays homage to the time-tested virtues of well-constructed songs built on a creative foundation of emotional honesty and musical eclecticism. “Usually the songs I write have some kind of spooky remembrance element in them,” Foster elaborates. “Something you can’t quite put your finger on. All the records I loved when I was young, whether it’s the Kinks’ ‘Waterloo Sunset’ or the Byrds’ ‘Chestnut Mare,’ had some element that gave you shivers and took you somewhere else.”The album reflects a prismatic variety of alluring moods and colors, unspooling as a deep, episodic musical trip. They range from the explosive, Faces-like rush of “Life Is Sweet” to the mysterious mix of beauty and danger in “Morningside.” There’s rustic, Steve Forbert-style folk minstrelsy in “The Arrow” and a shimmering Byrds-meets-Fleetwood Mac glow to the utterly gorgeous “The Sun Will Shine Again.” “Young Tigers Disappear” erupts in a ferocious squall of guitars animating a poetic yet potent antiwar lyric. “Jigsaw Man” marries a soul-baring lyric to atmospheric dream-pop music that would do Tom Petty & the Heartbreakers proud.

“When I think about what kind of record this is,” Foster muses, “it almost seems like a random spin of an FM radio dial from a certain time in the past in the way it embraces a lot of styles without being too disparate or mixed up. So it’s skating over at least my musical history, though I wasn’t consciously thinking about it.”

Another hallmark of the album is its feeling of immediacy. Unlike its predecessor, the uniquely contemplative and solipsistic classicMillion Star Hotel (released in 2006), The Arrow is “more of a social record,” as guitarist and collaborator John Pfiffner noted, at least in terms of the way it was recorded.

“Million Star Hotel had more of a lonerish, isolated feeling,” Foster acknowledges, “whereas most of these songs are more like capturing people playing together. I wanted people around who did things I couldn’t or wouldn’t do and would surprise me and push me to do something different.”

The album blasted into being with an inspired and productive weeklong session during which a dozen songs were recorded at Mitch Easter’s Fidelitorium, in Kernersville, N.C. Foster worked with a core band that included John Pfiffner on guitar, Don Dixon on bass and Brian Landrum on drums, with Easter engineering and later overdubbing guitar parts. Having on hand the tandem of Easter and Dixon – who were essentially responsible for creating the indie-rock sound with their coproduction of R.E.M. and their individual work with countless other bands in the 1980s – was invaluable to the session’s success.

“Having Mitch and Don in the studio is a kind of classic Southern way of making a record,” says Foster. “I loved having them both there because it’s such a compliment. Both of them are great musicians and friends and supporters of my music. That week just made for a lovely start to the record.”

Additional work was subsequently done at the Fidelitorium and at Foster’s and Pfiffner’s home studios. Vocal harmonies and counterparts were provided by Lynn Blakey and Tonya Lamm (two of Tres Chicas). Blakey’s husband, Ecki Heins, overdubbed one-man string sections on several songs. Several other musicians from Foster’s charmed circle of North Carolina-based talent contributed parts as well. In a further departure that is emblematic of The Arrow’s more inclusive community spirit, Foster cowrote several songs with fellow musicians and family members – including two that share credit with his daughter, Ava Louise. “I got her signed up as a real BMI writer,” he says proudly. “I love the fact that she’s on there.”

The Arrow is the latest chapter in Jeffrey Dean Foster’s exceptional career in music, which dates back to the mid-1980s. Long before the Americana movement caught fire – before the genre even had a name, in fact – Foster was synthesizing folk, rock and roots music with such bands as the Right Profile, the Carneys and the Pinetops. Signed to Arista Records, the Right Profile were poised for success as a proto-Americana group; why it didn’t happen is one of those classic music-biz tales about which someone could write a book. (Incidentally, the Right Profile’s keyboardist, Stephen Dubner, has gone on to fame and fortune as coauthor of the best-selling Freakonomics series, while drummer Jon Wurster graduated to Superchunk and other favorite indie-rockers.)

Undaunted by the Right Profile’s near-brush with fame, Foster continued to break new ground with the Carneys and Pinetops, though both groups were likewise ahead of their time in terms of the broader public’s readiness for the Americana sound. With those bands and as a solo artist, Foster has recorded with such noted producers as Steve Jordan, Jim Dickinson, Pete Anderson, Mitch Easter and Don Dixon. The Arrow joins his prior solo efforts, The Leaves Turn Upside Down and Million Star Hotel, in a growing catalog of superior work. Jeffrey Dean Foster’s arrows continue to find their target because his aim is true. 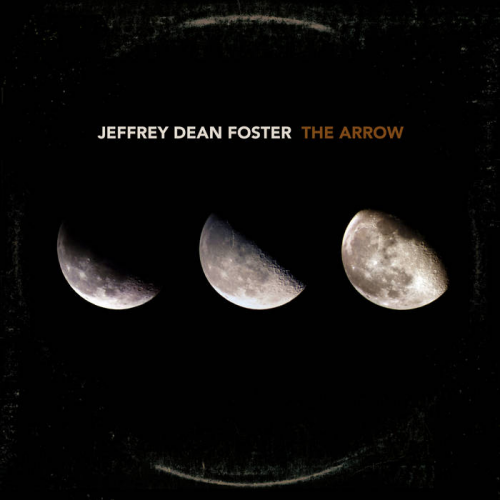 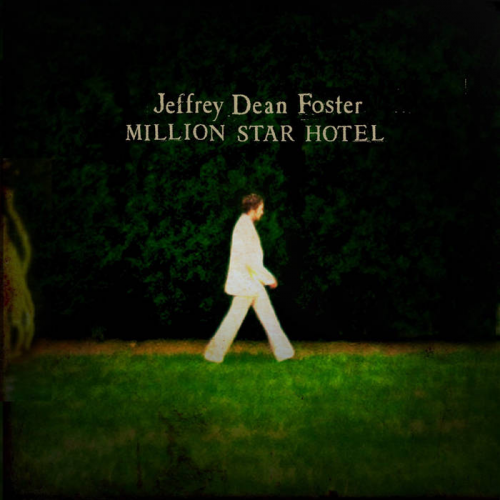