Over the past decade, New York City’s Ida has mapped their own space in the American underground music scene, defying easy categorization with unpredictable, emotionally charged, frequently memorable live shows, and a series of distinctly voiced records. Driven by three strong singer songwriters and telepathic musicianship, Ida embraces a broad template of musical ideas- from acoustic chamber pop, old time folk, and free improvisation to minimalist drones, shimmering harmonies, Krautrock ambience, and bad Prince covers. Throughout it all, Ida has remained a steadfast pillar in the independent community, collaborating with numerous individuals from well respected bands, organizing and playing benefits for a wide array of political and artistic causes, and running their own record label, Last Affair.

Ida formed in 1992 as a duo when fellow Brooklynites Elizabeth Mitchell and Daniel Littleton began writing songs together. They soon enlisted friend and upright bassist Rick Lassiter to join them. The trio recorded the Songs from the Ranch tape that winter on their 4-track, and began playing shows in New York City. When a copy of the tape fell into the hands of Jenny Toomey and Kristin Thompson, owners of the staunchly independent and highly influential Simple Machines label, the two offered to put out Ida’s debut full-length.

In spring 1994 at Excello Recording in Williamsburg Brooklyn, Ida recorded Tales of Brave Ida a collection of hauntingly beautiful love songs and ambient instrumentals. When Lassiter moved back to North Carolina, Daniel’s brother Miggy (White Magic, Blood on the Wall) joined the band as drummer and multi-instrumentalist. Ida hit the road on their first tour opening for Tsunami. Tales of Brave Ida received enthusiastic reviews, eliciting comparisons to the forceful, somber sounds of the Velvet Underground and Nick Drake.

On the first day of the Blizzard of ’96, Ida literally dug their way into the studio to record their second full-length, I Know About You. The addition of Miggy on drums brought spartan, pensive rhythms that added a powerful new dynamic to Ida’s quietly intense sound. Lassiter’s string arrangements and the contributions of Daniel and Miggy’s sister Cecilia on violin and viola brought new layers of dissonance and sonic depth to the recording. That spring Ida toured nationally with Steve Immerwahr (Codeine) on bass and Elaine Ahn on cello. In the fall, Beekeeper bassist/vocalist Karla Schickele joined as permanent bass player for Ida just in time for their second full U.S. tour.

1997 brought constant touring as well as the band’s third full-length, Ten Small Paces. The album was a scrapbook of sorts, nestling five covers from songwriters as diverse as Bill Monroe and Brian Eno between ten original tracks. Recorded in various stops while on tour (including a recording session with His Name Is Alive mastermind Warren Defever), the album exuded a loose, offhand “mixtape” feel that perfectly suited the warmth and intimacy of the group. These qualities helped make it one of the band’s most beloved albums. Ida did the first of several tours with the band Low, and began touring regularly with genius violinist Ida Pearle (Ted Leo, Magnetic Fields, William Parker). In fall 1997, knowing the end of Simple Machines as a label was near, Ida signed with Capitol Records.

In 1998, Ida released two EPs including The Ida Retsin Family, Volume One a collaboration with Tara Jane O’Neil (Rodan) and Cynthia Nelson (Ruby Falls, the Naysayer). Additionally, Liz, a former teacher at Roosevelt Island Day Nursery in NYC, recorded a critically acclaimed children’s album of old time acoustic folk songs. Shortly thereafter, Ida entered the studio to record their Capitol debut. It was the first time the band had gone into the studio with a recording budget.

The Capitol album Will You Find Me was completed in May 1999. However some significant changes had taken place at Capitol Records since Ida’s signing -the president was fired and the entire staff was replaced by robots- and the band spent the next six months in limbo. Ida realized that even though they had completed one album, they had actually recorded enough songs on Capitol’s dime for two full-length LPs. Ida eventually won back ownership of their Capitol master tapes.

Miggy left the band in the fall of 1999. For their fall 1999 tour, Ida got quieter than ever with an ambitious 6-piece acoustic ensemble, including woodwinds and strings. Several of the shows were part of a series of benefit concerts for Low Power Radio and the grass roots movement to save community-based radio from corporate radio dominance and media consolidation. They released Insound Tour Support: Ida Live At Carnegie Hall, an 18-song live document, culled from performances at The Anthology Film Archive in NYC, a live WFMU broadcast, a raucous Derby show in Louisville KY and many stops along the road.

In 2000, Ida found a new label home with New York’s Tiger Style Record who released Will You Find Me. The release was named album of the week by Jon Pareles in the New York Times, August 18, 2000, and named among the year end “best of” lists in both Spin, and the New York Times. The quieter the band got, the more people seemed to pay attention. The band spent the year touring with various ensembles including longtime member Ida Pearle, original drummer Miggy Littleton and newer collaborators Trip Gray ( Joe Morris Trio ), Zach Wallace (Flashpapr), Dave Curry (Willard Grant Conspiracy, Thalia Zedek), Fred Thomas (Saturday Looks Good to Me, Flashpapr), Jacob Danziger (Flashpapr), Andrew Hall (The Moonlighters, Sparklehorse), and Amy Domingues (Threnody Ensemble). They toured with Pedro the Lion, Low, Shannon Wright, and Julie Doiron. A year later, Tiger Style released The Braille Night, the second of the Capitol-era albums which aptly re-created the intimacy and magic of Ida’s live performances. The Braille Night served as a fitting companion piece to Will You Find Me, the perfect ending/beginning of a new century for the band.

In the years since the release of The Braille Night, Daniel and Liz took time away from Ida’s intense touring schedule to raise their daughter, Storey. They also released two children’s records, and performed as an electro-acoustic duo called Nanang Tatang. Daniel toured Japan and recorded as a solo piano/harmonium/guitar singer songwriter. He also recorded and toured in Italy as an improviser/noisemaker with Geoff Farina (Karate, Secret Stars). Karla toured and performed as K., releasing two records on Tiger Style and a split EP with Low, and doing a dreamy stint as Low’s guest keyboardist opening for Radiohead in Europe.

When Tiger Style went on hiatus in February 2004, Ida again found themselves without a label, after having completed a new record. After talking with the folks at Polyvinyl Records, Ida knew they had found the perfect label to help them to exist, and to put out their new record, Heart Like a River. This record marked a period of renewed creativity for the band including collaborations with longtime Ida co-conspirators Cecilia Littleton and original bassist Rick Lassiter as well as violinist Jean Cook (Jon Langford, The Beauty Pill) and cellist Dominique Davison (Threnody Ensemble). Heart Like a River also marked the first time the band had collaborated with producer/engineer Warren Defever on an album from start to finish. Heart Like a River was released on February 22, 2005, and has seen Ida continue as an active touring group.

After forging a friendship with the iconic Levon Helm (The Band), Ida began a 2 year writing process that ended at Helm’s home studio with the recording of the follow-up to Heart Like a River. What became of the Helm sessions was not only Ida’s most subtly intimate record to date in Lovers Prayer, but also included enough material for the companion EP, My Fair, My Dark. Both records were released by Polyvinyl Records in 2008 and include artwork by Tara Jane O’Neil. In the fall of 2008, Polyvinyl Records released Ida’s first 3 full-length albums, Tales of Brave Ida, I Know About You, and Ten Small Paces, on gatefold 180 gram vinyl for the first time. This innovative collection is the perfect introduction to the illustrious history of Ida and a must have for any fan of the band. 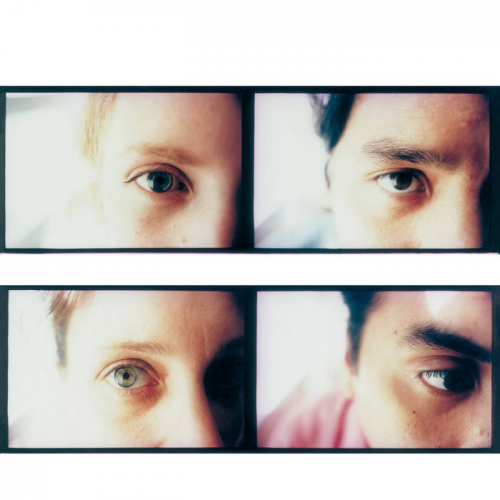 Ida Will You Find Me 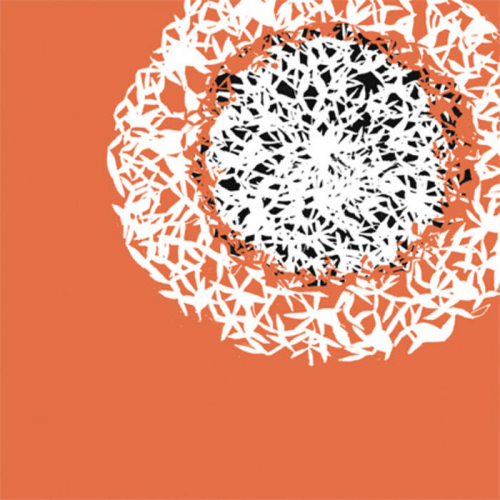 Ida My Fair, My Dark

My Fair, My Dark
Don't Wreck It
Road to Ruin
The Pain of Loving You
Late Blues (Live)
Still Life
The Time Has Comes 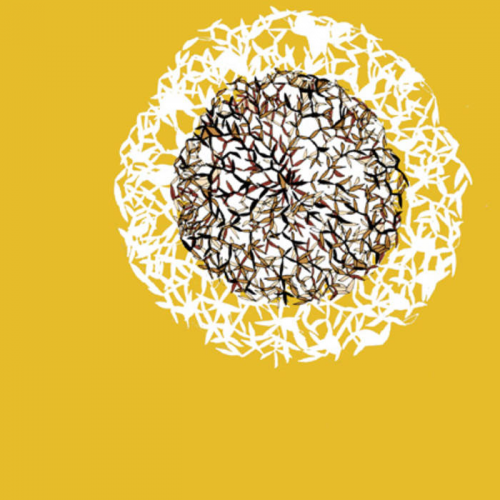 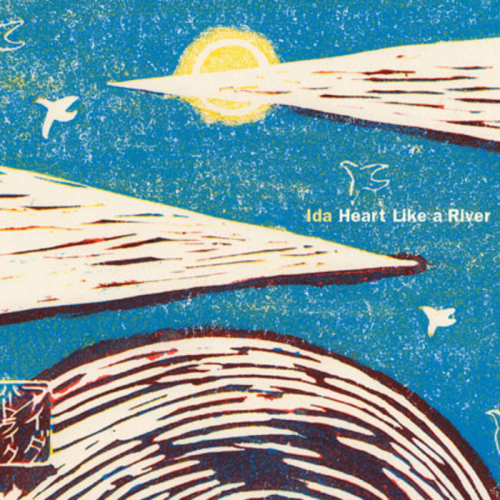