Hiss Tracts is an ongoing collaboration between accomplished and acclaimed sound sculptors David Bryant and Kevin Doria, who have for the past several years been diligently building up a body of captivating soundscape work. Both players are well­known for their work within various strains of drone­inflected and experimental music: Bryant as a member of Godspeed You! Black Emperor and Set Fire To Flames, Doria as a member of Growing and for his solo work as Total Life. With Hiss Tracts they channel these bona fides into thrilling new territory.

The two met in 2004 and struck up a musical friendship that led to three Growing records being made at The Pines (Bryant’s recording studio in Montreal) and a separate collaboration between the two, initially in conjunction with experimental filmmaker Karl Lemieux (also GY!BE’s current 16mm auteur/projectionist). Rehearsal tapes from a set of sessions for a Lausanne Underground Film Festival performance in 2008 became the foundation and starting point for Hiss Tracts; David and Kevin continued working throughout 2009­2013, but much of the material from their earliest session is still present, in one state or another, within the tracks that comprise Shortwave Nights, their debut album. The record was released in May of 2014 via Constellation.

Doria and Bryant weave threads of dissonant drone, lush ambiance and sharp sonic textures into an immersive and complex sound world. While at first glance nebulous and disorienting, the duo mobilize an incredibly diverse sound palette to articulate a distinct intentionality and narrative flow, layered with haunting tension. The beat­less walls of sound erected by Hiss Tracts are rich, ornate and unmistakably human (if perhaps at times a bit rough to the touch). 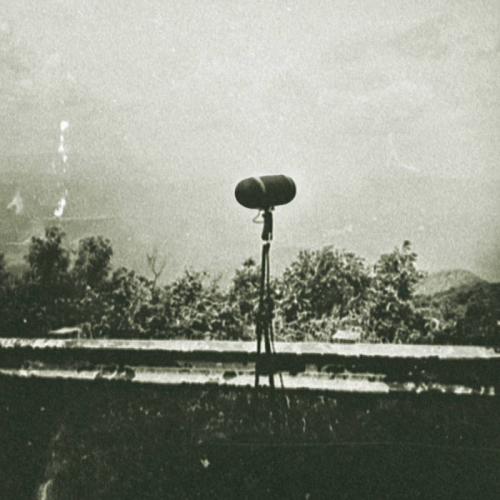