When Grizzly Bear came to the end of the road with their fourth album, 2012’s ‘Shields’, the future was unclear. No dramatic decisions were made, no arguments were had, but there was a feeling as there always is with the foursome that a breather was required. The band who emerged in 2004 in Brooklyn, New York, have forever functioned as a self-described “democracy”. It’s equal and it’s fair but it can also take a lot of out of them. And so they went their separate ways and bedded down in different corners. Vocalist and songwriter Ed Droste adapted back to life in Los Angeles, his new adopted home and decided to distance himself from music and the industry, vocalist, songwriter, and multi-instrumentalist Daniel Rossen moved to a remote area of upstate New York and continued to write and record on his own, drummer, songwriter, and multi-instrumentalist Christopher Bear continued playing with various projects and worked on scoring a tv series, and vocalist, multi-instrumentalist, songwriter, and producer Chris Taylor decided to go West to LA after a one year stint in Berlin. He produced for other artists and made a solo record under the moniker CANT. Taylor, however, got restless.

The band’s mediator since the beginning, his feet started to itch after the usual six months of downtime. “I kinda kept writing everyone,” he says. “Telling them that we should start making a record. I wanted to be making music with my band again. I stayed busy, I wrote a cook book, produced other people, but my favorite thing to do was work with my band. I was getting bored over here.” He laughs. While all four members were strewn across their various corners, he took it upon himself to start a cloud account – essentially a dropbox. The intention was to allow the band a gentler entry point for starting to think about coming together again. It was new for them, less pressurized, far more relaxed and a guaranteed prevention measure against creative stalemate. The dropbox was a home for inspiration, mood boards, ideas for music, demos, even songs. It was, however, quite a slow process, starting in March 2015. “Painfully slow,” chuckles Taylor. They did have one song – ‘Losing All Sense’ – that made it to the record, but Rossen was reticent to call this the beginning of something. The word ‘album’ was a forbidden utterance at this point in time. “We got into the water with one toe at a time to avoid freaking everyone out,” recalls Taylor. “Yeah this time around we came to it slowly,” agrees Rossen. “Tip-toeing towards a conversation.”

“Chris Taylor started this motherfucker,” adds Droste. “I’m so grateful to him because I don’t know whether it would have organically happened otherwise.” Taylor even bought a guitar after five months of little progress and wrote in Big Sur. The song ‘Sky Took Hold’ got its start in one of those sessions. Taylor wrote the song ‘Systole’ during his time in Berlin, and it is his first lead vocal for the band. “I learned guitar so I could write songs for the band,” he says, as eager as he was then to be in conversation about Grizzly Bear. Once that catalyst came, there was still the question of whether or not it was going to work. “I’m of the mindset that I never know if we’ll make another album, no matter how good or bad things are,” says Droste. “In a way it’s a miracle this album happened because for a while it was to be decided. When it started to come together there were a lot of ideas. Some didn’t work. Eventually when things started to work we were like, ‘Oh my god it’s happening.’”

That relief, that momentum, that sense of a band really relishing the chance to relocate their mojo is apparent on the album, which wound up taking two years to make, via remote writing trips taken variously by Taylor and Droste, and Bear and Rossen, then a retreat to Allaire Studios in New York in June 2016 once there was more of a cohesive collection of songs. That’s where they recorded a lot of 2009’s ‘Veckatimest’. In addition to Allaire, they recorded in Vox Studios in Hollywood and at Taylor’s LA studio in Echo Park. Rossen also continued to track parts for the record at his home upstate.

“It was so exciting when it was starting to work,” says Droste. Perhaps what was different this time around was the communication barriers were set free. There was a nakedness to receiving each other’s ideas and a lack of tying expectations to particular results. The whole affair was positively zen. “I was coming at it like – I have to be open with everything,” says Droste. “Let’s try anything and let it go. If it doesn’t work, it doesn’t work. Don’t be precious or get upset when other bandmates don’t like it. Keep trying.”

The resulting fifth Grizzly Bear album ‘Painted Ruins’ benefits from having the songs develop in a completely organic way. “We had a lot of fun making the record,” says Rossen. “Even though there are serious themes we tried to keep the sound as light as possible. Maybe it’s a matter of being a little older and not assuming that there should be so much wrapped up in what we were doing.” That’s what immediately bleeds forth when you listen through to the eleven tracks. “Does it sound totally different?” asks Droste, champing at the bit to get the juggernaut started again. “More inviting?”

Indeed there’s a deep warmth, a flirtatiousness to the sonic ideas, and a sense of playfulness that’s perhaps the most surprising of all. It’s a direct reflection of the joy they experienced while making it. It chimes with collective exhales, and the genuine love that came from reuniting with old friends. “You forget that you have this great thing going on with us, even though it can be really difficult,” says Droste. “When we finally got together it felt like there was a musical chemistry that was as real as it was when we were kids. That was thrilling in a way that was still the case,” adds Rossen. You could almost say that the band’s propensity to chuck lots of ideas at the wall to see which ones stuck was the closest an established act can get to tapping into that energy that exists while recording a debut.

For all four members the results of the sessions were unexpected. Droste points to ‘Mourning Sound’ and closing track ‘Sky Took Hold’. “That song was fleshed out in a very different way, then one day they added an ominous horn section that repeats and it changed the whole thing for me,” says Droste. “That’s what I love about working with them. They just have ideas I would never have, and vice versa. It’s a challenge to be in a democratic band with strong opinions but I also thank god because we get all these different creative ideas that don’t come naturally. It’s very much four people. It always has been. It always will for as long as we continue on. These are the three people who continually surprise me.”

Rossen came up with the title ‘Painted Ruins’. As usual, the band are more comfortable leaving the visuals, the lyrics, the themes to the listener’s imagination, so you can take from their art what you will. “I don’t relate to a lot of explicit storytelling music,” explains Droste, before making up something on the spot. “’Her name was Jenny and she broke my heart and then I went on a cruise…’ Ok, don’t know Jenny, haven’t been on a cruise!” Instead ‘Painted Ruins’ has a different meaning to each member of the band. “It’s the idea of dressing up something that’s falling apart and making something out of a situation that’s crumbling,” says Rossen. “In a way that’s how a lot of this music came together. Some of it was a pastiche and it found its way into a cohesive form.”

There’s also clearly a connotation with the general breakdown that’s happening in the wider world, which can also be mirrored in the band’s lives as they reached their late thirties. “We all were hoping to achieve a sense of personal decay or breakdown representing a larger whole or situation, not necessarily writing topical music but writing personal music that could represent larger strife,” adds Rossen. For Bear, the album is about personal reflection. “Observing yourself,” he explains. “Seeing how you’re interacting when you’re going through change. It’s not a breakup record or a social commentary record, there’s a lot of sides to the human experience.”

‘Painted Ruins’ isn’t a passing pleasure, it’s a body of work intended to be lived in. Its psychedelic grooves, challenging composition and pensive lyrics require repeated listens and develop significance, attachment and deep-rooted appreciation over time. That said it strays from getting too intense or introspective. Some of the tracks take on a more personal bent. The likes of ‘Wasted Acres’ and ‘Neighbors’, the former of which is about Rossen’s life in upstate New York. “That tune started as a simple and direct lyric about collecting firewood with my dog,” says Rossen. ‘Four Cypresses’, on the other hand, with its refrain of “it’s chaos but it works” is more political, though the band would prefer to keep the overtones less explicit.

Droste has been a staunch advocate for politics online via social media these past few years. The band recognize the importance of that but don’t feel that it necessarily needs to be written into the music. “As soon as the Election was over I thought about how valuable it is to be able to connect with other people through music,” says Rossen, who’s anticipating touring this record more than anything. “It’s even more valuable in this political climate, where you can impart a sense of shared experience, compassion, empathy or just humanity. You look at the news every day and it feels overwhelming and truly bleak, you feel like giving up. There’s a huge value in the ability to make something that connects with other people.”

Having met with so many accolades that would have been deemed unfathomable to them in the early days, you wonder what Grizzly Bear set out to achieve with another album. They opened for Radiohead on their debut (“a total mindfuck” according to Droste). They played Radio City Music Hall on their last record ‘Shields’. Are there any tangibles they’d love to chase? “I’d just like to reach new people,” says Droste, simply. “I want to grow. A lot of writing has to do with selfish reasons. Getting shit out of your system, self-therapy. My favorite thing of all is the performing and the connection.” For Rossen, it’s all about the music. “If we can continue working together and enjoy what we’re making and feel that it’s vital to us, if we can do that in a sustained way that’s about as much as I can hope for.”

Taylor, on the other hand, wears his heart firmly on his sleeve. “I’m excited that I’m better friends with everyone in the band than ever,” he says. “Life is too short not to enjoy what you’re doing. We’re in a lucky situation.” 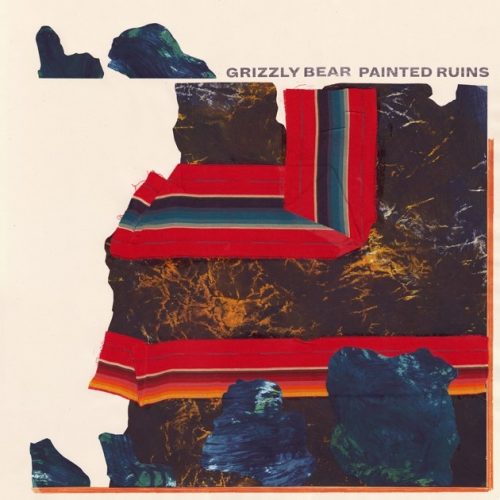 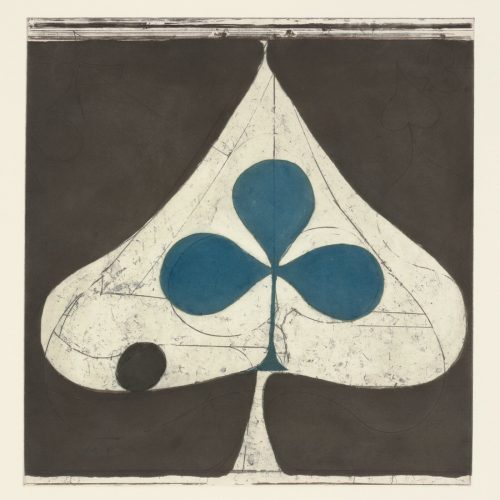 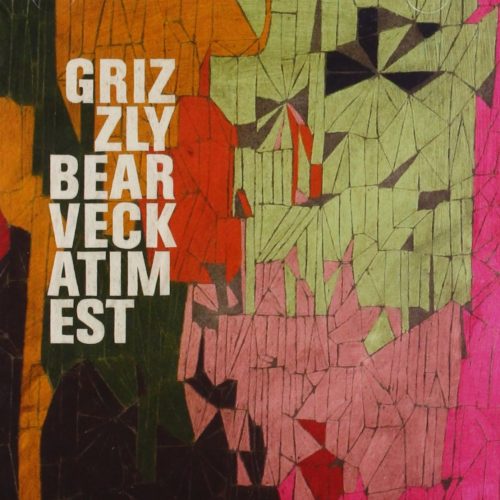 Southern Point
Two Weeks
All We Ask
Fine for Now
Cheerleader
Dory
Ready, Able
About Face
Hold Still
While You Wait for the Others
I Live With You
Foreground 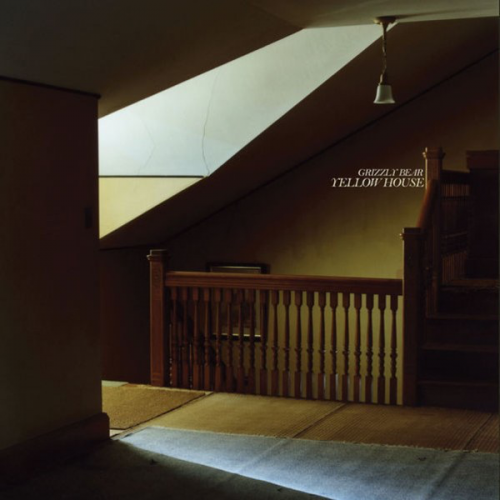 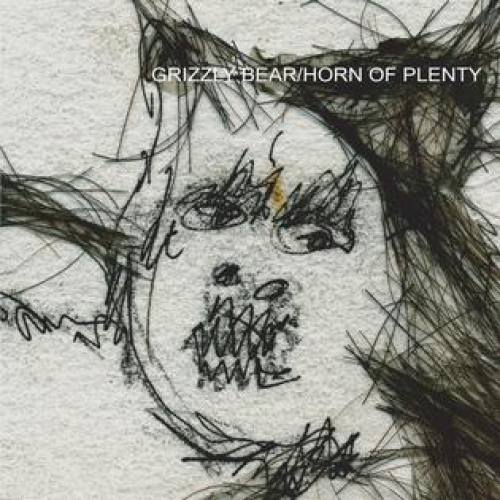