Golden Suits’ Kubla Khan is the sound of a meticulous, bookish songwriter loosening up and letting the joy in.

Fred Nicolaus — co-founder of the band Department of Eagles and main force behind Golden Suits — has mostly been known for contemplative, folk-inflected music.  Heavy on nostalgia and literary allusion, his first solo album was centered around a breakup and an obsession with a book of short stories by John Cheever.  Some of that vibe remains (Kubla Khan‘s title track is a knotty reference to a classic poem) but this album is a trip into more open-hearted territory: it’s not about finessing a chord voicing anymore, it’s about taking a risk on a big chorus.  There’s romance and dancing; ’80s Bruce Springsteen is involved.

Written in a freewheeling year following the dissolution of a long-term relationship, the material addresses the woozy highs and lows of a second adolescence spent in the bars, parks and apartments of New York.  The songs were recorded with that spirit in mind — the ballads are maxed-out and dreamy, the ragers are angry, and the upbeat songs are unabashedly joyous. Musically, Nicolaus was influenced by a few classic touchstones (Born in the USA, Tom Petty, Paul McCartney’s Ram), but mainly the songs were made with a kitchen sink-ish “if it feels good, let’s do it” mentality, whether that’s Van Halen-style guitar tapping, piano slides, or a German prose poem read by Nicolaus’ father in the bridge of a song.

Produced by Fraser McCulloch, Kubla Khan was recorded in an enormous, drafty church in Brooklyn, with Nicolaus playing most instruments himself (David Christian, who plays with Hospitality, Airwaves and Sam Cohen, filled in on drums). It took about a year to finish — you can hear heat pipes hissing in the background if the song was recorded in the winter, or children playing in a park across the street for the summer tunes. The sessions loosely followed the progression of Golden Suits’ style: starting with the loping, moody “Useless,” they ended with sparkling pop indulgence “Gold Feeling,” written and recorded in the final week of recording, and acting as a marker of the ground Nicolaus has covered: from sepia-tinted folk mannerism to a bigger, colorful sound. 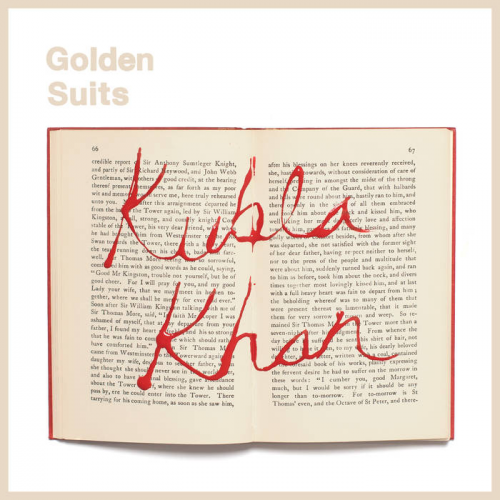 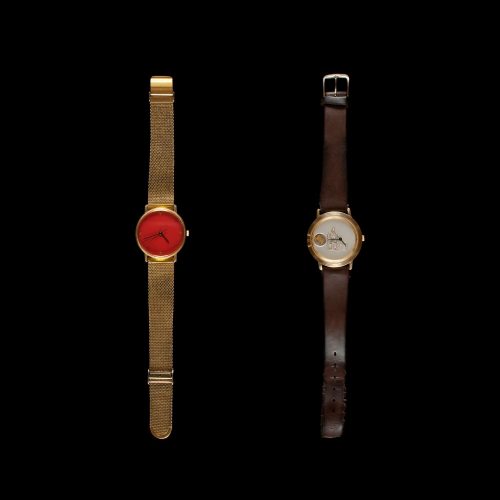