Traditional recording studios just don’t inspire Jase Blankfort, the creative force behind the band Glint. He finds them sterile, institutional, sometimes coldly clinical—more akin to a dentist’s office than a place to craft exuberant earworms of crazyquilt anthemic arrangements. “Modern day recording studios can sometimes have a sterile environment with formulaic expectations, these abandoned warehouses in which we’ve assembled the glint playground have allowed a vast unrestricted protected space in which we were able to grow and explore, you can hear the buildings in the record.”. For Blankfort, it must come naturally, which is why he works better in unconventional spaces that have a strong connection to the real world, but remain separate from it.

To create Inverter, Glint’s epically life-size third album, Blankfort set up to record in empty warehouses near his home in Nyack, New York, referring to, and later branding, them as “The Factory,” his version of a creative haven. “All the cubicles and desks were still there, but all the life had been sucked out of the building,” he says. “I went into that weird corporate setting, set up my stuff in these different rooms, and let the environment take me away. That’s where some of the Glint sound comes from.”

Glint is music to fill these everyday spaces, which means the songs sound enormous both musically and emotionally. Inverter mixes everything from hip-hop beats to Britpop guitars, from orchestras to vintage synths, sequencers to shakers, laptop-pop blips to torch-ballad choruses. The warehouses allowed Blankfort to cloister himself off from the world with these songs, the better to obsess over their every detail. “Sometimes I’ll stay there for four or five days straight, living in the warehouse. Eventually I’ll come out for air.”

Every track on Inverter, whether it’s a heart-on-sleeve anthem like “Daydreamers” or a minor-key banger like “Soldiers in the Dark,” thrums with a new buzzy energy as well as a palpable melancholy. Full of relationships not fully severed and hearts still in the process of breaking, these songs tell stories that don’t have pat endings. Instead, they are constantly unfolding, which means the bruises are still fresh, the emotions always raw.

On “Get Out the Way”, Blankfort remembers old friends and reflects on past emotions. “We use to be so close but not anymore,” he sings as the guitars and synths add exclamation points to his observations. The music lends these everyday devastations a sense of scale and majesty. The juxtaposition of the songs emotional weight with the catchy, ebullient hook makes this the albums more poignant track.

After setting down initial tracks among the corporate ghosts of Nyack, Blankfort and his small team of collaborators road tripped out to the wilds of Michigan, where they completed Inverter at The Loft, just outside Ann Arbor. It’s no ordinary recording studio, but a renovated barn in the middle of a 100 acre horse farm. “It’s not frequented by a lot of artists,” says Blankfort. “It’s really just producer Tim Patalan opening his studio to bands he thinks are doing something interesting.”

Despite the change in scenery from New York State to Michigan, Blankfort felt he was in comfortable surroundings. “It reminded me of the warehouses, being in the middle of nowhere and giving everything to this big, open space and letting it give back to you.” And whenever he had misgivings—the kind that afflict every artist in every medium—he had The Loft owner and avowed Glint fan/producer Tim Patalan to shake him out of it. “There were points when I would be walking around the horse ring thinking I can’t do this, and he would get me back to work. When all the pieces landed, we had this record.”

During the time it took to make Inverter, Glint grew from what had been essentially a solo project into a further developed “wall of sound.” Anders Fleming, drummer & multi-instrumentalist, became a new driving force to Glint’s anthemic “heartbeat.” Fleming was a teenager playing in a local band when Blankfort caught a show. Impressed by the kid’s nuanced, melodic style, he asked him to audition for Glint and “everything just clicked. He was young, but sounded so beyond his years.”

Lively and edgy, inventive and immensely accomplished, these songs reflect not only Blankfort’s unique vision of pop music, but also the contributions of his new bandmates. “We have the best chemistry together,” Blankfort says. “It’s so refreshing, and it’s much more indicative of what I’ve always wanted in a band. This is a new beginning for Glint.”

While it’s not a debut, Inverter sounds like the work of a new band making a bold declaration of intent: to make music for wide-open spaces, whether that’s an urban warehouse, a rural farm, or the human heart. 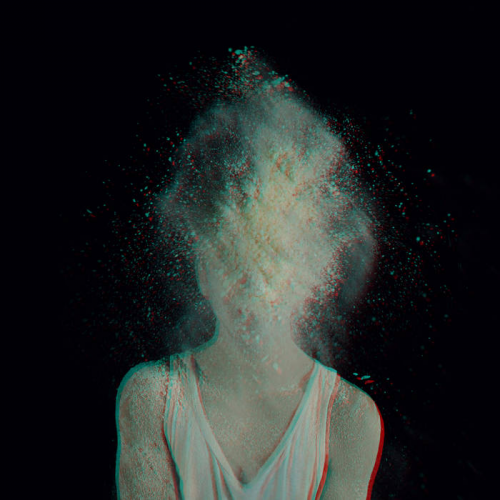 Intro
Daydreamers
Breathe
Get Out the Way
Sit Back, Let Go
Debts & Collections
Junky
The Hands on the Clock
Guided
Soldiers in the Dark
Far from Here
While You Sleep