Hailing from Moseley, Sheldon and Acocks Green, Birmingham, Fuzzbox came together in 1985. Their name was chosen after they bought a distortion pedal for their guitars and Maggie Dunne stated “We’ve got a fuzzbox and we’re gonna use it!”

Their first release, in March 1986, was a single of “XX Sex” and “Rules And Regulations,” with the fuzzbox featuring prominently, which reached No. 41 in the UK charts. This proved a huge success for the girls; despite not reaching the Top 40, the Vindaloo Records release remained in the Indie chart for twenty­five weeks. This led to tours of the UK and Europe and, in December that year, their debut album, Bostin’ Steve Austin, was released (Geffen re­titled the album, We’ve Got A Fuzzbox and We’re Gonna Use It, upon its US release). This album spawned the band’s first Top 40 hit, “Love Is The Slug” and the minor hit “What’s The Point.”

In the summer of 1986 the band teamed up with their Vindaloo Records labelmates, The Nightingales and Ted Chippington to record a single “Rocking With Rita (Head To Toe)”. The single, credited to the Vindaloo Summer Special, featured Fuzzbox tackling such classics as “Itsy Bitsy Teenie Weenie Yellow Polka Dot Bikini” on the b­side. Further discussions led to their cover of Norman Greenbaum’s hit “Spirit in the Sky”, with vocals provided by Magz (Maggie).

The band signed to WEA and for their next album, Big Bang! (1989), they made an abrupt change and reinvented themselves as a slick dance­pop-vocal group, with Vickie Perks being cast center stage as a sex symbol. The songs “Pink Sunshine”, “Fast Forward Futurama” and “International Rescue” were all produced by Andy Richards and co­written by Liam Sternberg. The first three singles from the album, “International Rescue” (UK No. 11), “Pink Sunshine” (UK No. 14) and “Self!” (UK No. 24) all reached the UK Top 30, although a fourth single released from the album, a cover of Yoko Ono’s “Walking on Thin Ice”, peaked at No. 76. “Self!” also became the group’s only charting single in the United States when it peaked at number 16 on the Billboard Modern Rock chart and number 35 on Billboard’s Dance Music Club Play chart.

In 1990, they began work on a new album entitled Out Of This World, but the project was halted after the release of the first single “Your Loss, My Gain” due to ‘musical differences.’ Perks decided to continue a solo career under the name of Vix whilst the other three members left the music industry. A reunion found its way in 2008 and an appearance at the UK’s Birmingham’s Gay Pride festival paved the way for the old­school fans to re­embrace the latter days of Fuzzbox’s height of success. Releases of previously unreleased material surfaced under the titles of Fuzz and Nonsense and From Rules and Regulations to Pink Sunshine featuring tracks originally slated for Out Of This World. An album was later released of their two radio sessions for the late John Peel and sessions for Janice Long’s show, entitled Love Is A Slug: Complete BBC Sessions. Peel show listeners voted “Rules and Regulations” into number 31 in the Festive Fifty in 1986.

In October 2004 a compilation of Fuzzbox singles and alternative mixes entitled Look At The Hits On That was released complete with a DVD of their promotional videos ­ most of which were publicly unavailable up until that release. 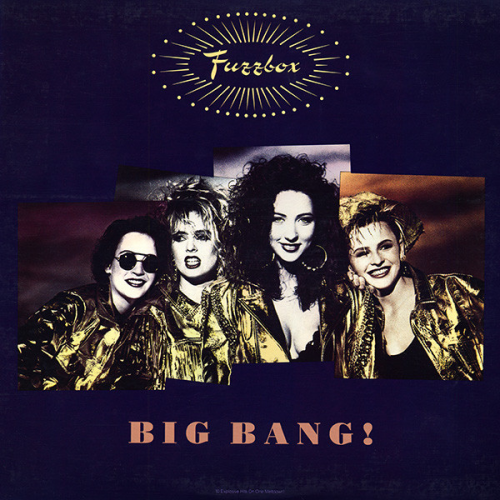 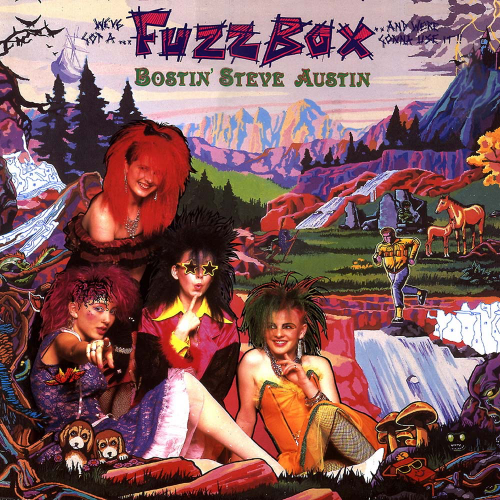