Hideout. For a thief or a deposed dictator, it’s a place to lay low till the heat is off. For the rest of us, it’s whatever we might use to retreat when the “real” world is too much to deal with: relationships, drugs, music, or some other form of distraction.

And for Film School, it’s also about finding new inspiration after some tumultuous times that could have come straight from a movie: following years of hard work, the band was signed to Beggars Banquet, and their 2006 self-titled debut for the label earned accolades across the country and across the pond. The band scored coveted opening slots for The National and the Rogers Sisters all over Europe before headlining their own tour of the States. But in the middle of that tour, frontman Greg Bertens got jumped outside a club in Columbus, Ohio; then in Philadelphia, somebody stole the tour van, plowing straight through the security gate of the motel parking lot, with all the band’s equipment inside. Once back home, the stress of a demanding show schedule, the ups and downs of a trying year, and emerging creative differences among bandmates ended with the decision to move forward with a change in personnel, and Film School looking to a fresh beginning with a new album.

Hideout is Film School’s second full-length for Beggars Banquet. Written largely in Bertens’ Los Angeles apartment (a few doors down from Glenn Danzig’s haunted-looking house), recorded in both LA and San Francisco studios with engineer Dan Long, mixed by Phil Ek (Built to Spill, Band of Horses, the Shins, Stephen Malkmus), and produced by Bertens, Hideout builds on the band’s pretty, shoegazer pop and richly textured space-rock soundscapes by emphasizing powerful rhythms and beautiful melodies that take the songwriting to a new level. Bertens’ signature vocal delivery shows more breadth on this release, and evokes a plaintive longing that is magnified by the addition of female voices, courtesy of bassist Lorelei Plotcyzk and guest vocalists Tracy Uba (Timonium) and Leah Piehl. Other guest musicians loaning their talents to the album are Colm O’Ciosoig (My Bloody Valentine) and Paul Wilson (Snow Patrol).

The group has had its fair share of members over the years, so fleshing out the lineup for the new album was a familiar challenge. Film School old-timer Jason Ruck again commands the keyboards. Dave Dupuis had been the band’s sound guy on the previous couple of tours; serendipitously, he happens to be an ace guitarist too, having played in numerous bands in Seattle. Dupuis brought his friend James Smith along, and he’s now Film School’s drummer. Recruiting a bassist was a bit trickier. Bertens, who had been spending a lot of time listening to his old Swirlies, Seefeel, Bardo Pond, and Sonic Youth records, was determined to find a female bass player who could do double duty on vocals.

After auditioning a few candidates who weren’t quite right, he tried the same ad that the Pixies had used to hook Kim Deal: “Looking for someone into Husker Du and Peter, Paul and Mary.” Plotcyzk bit, and the new Film School roster was complete.

Not merely a wall of sound that hits you head-on, Hideout is more like a sonic galaxy that engulfs you from all angles. The listener quickly becomes immersed in this expansive hideout, enveloped by layers of reverb, loops, and the interplay of male/female singers. A driving, forceful rhythm section fuels a propulsive energy that gives an urgent quality to much of the album, as in the blistering “Lectric” or the menacing “Sick Hipster Nursed By Suicide Girl”; whereas other tracks convey a wistful melancholy, such as “Two Kinds”, a heartbreaker of a pop song about lost love, or the deceptively subdued “Compare”. It’s the combination of ethereal atmosphere and strong rhythm that makes the album wholly compelling and promises a powerful live experience.

Lyrically, Hideout is also about the places we go to find relief from an ever invasive and threatening world. Though not intended as a concept piece, references to hiding out, direct and indirect, appear repeatedly throughout the album, influenced by global events as well as some of the more personal struggles and triumphs of the band’s past year. Speaking from his own experiences and observations, Bertens examines relationships both good and bad, chemically induced escapes, and how individuals see their place in the world. Opening track “Dear Me” deals with someone whose desire to fill a void turns into obsessive “never-ending thoughts” of a love that may never have mutually existed. On the more positive side, in the shimmering, layered “Plots and Plans”, a couple finds strength by sticking together, singing in unison, “Our love stays two steps ahead of plots and plans” of society. Meanwhile, the raucous, reverb-drenched closer, “What I Meant to Say”, could be seen as a biting attack on those who constantly hide from their share of responsibility as Bertens taunts, “I know you’re not to blame/You’re never part of it/It’s always never anybody’s fault.”

The band found making the album an inspiring and productive process. “I felt a sense of freedom that we could write whatever we felt like writing,” Bertens says. “There was a really good energy and we went with it.”

Ultimately, Hideout is a tribute to the friends and fans who supported Film School when they needed it the most. The album’s credits include a list of more than 140 people, each of whom came to the rescue-with money, equipment, time, or otherwise-after the band’s gear was stolen last year. “It’s really important to me,” Bertens says of the extensive thank-you’s. “This album wouldn’t have happened without all these people.” 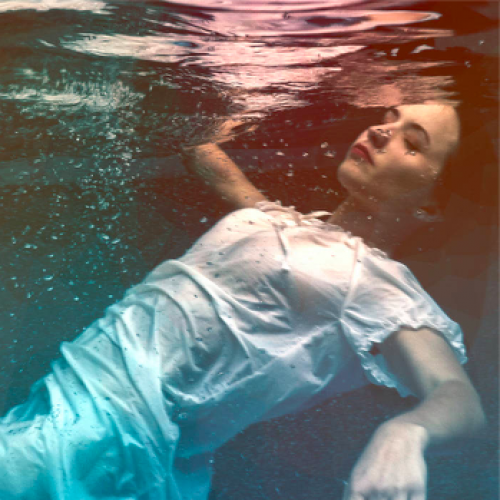 Is This a Hotel?
Don't You Ever? 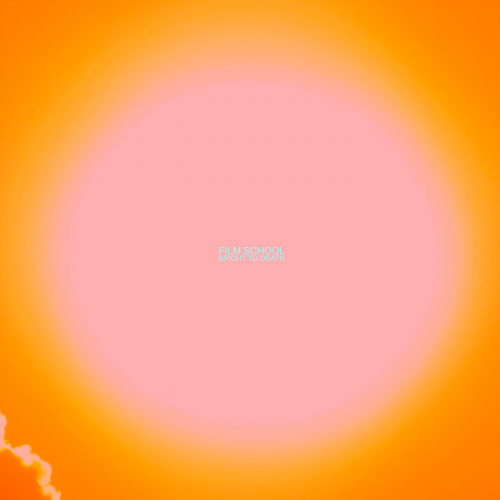 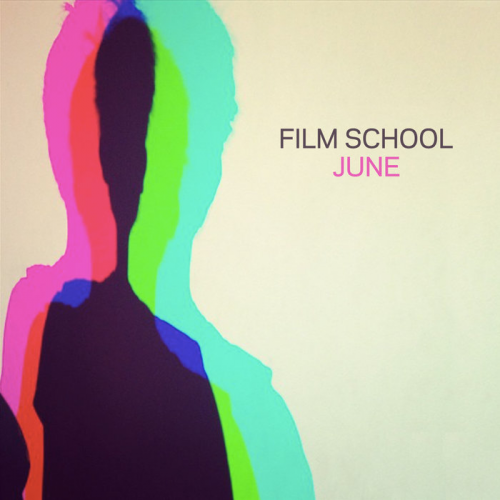 City Lights
Give Up
Waiting on a Cause
June 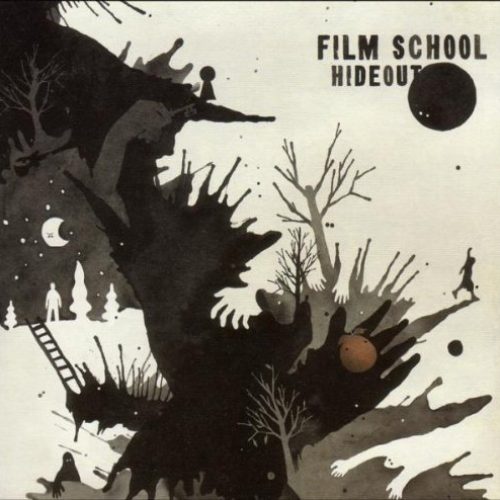 On & On
Harmed
Pitfalls
Breet
He's a Deep Deep Lake
Garison
11:11
Sick of the Shame
Like You Know 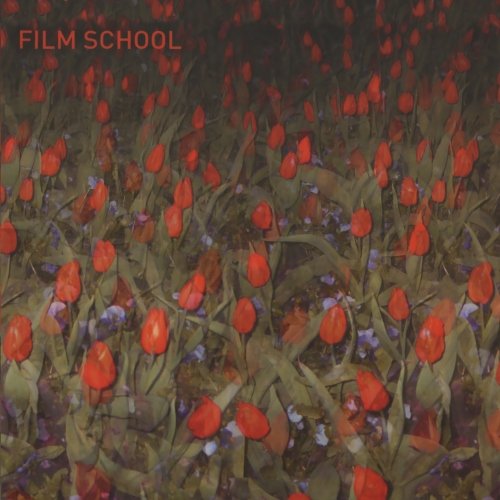 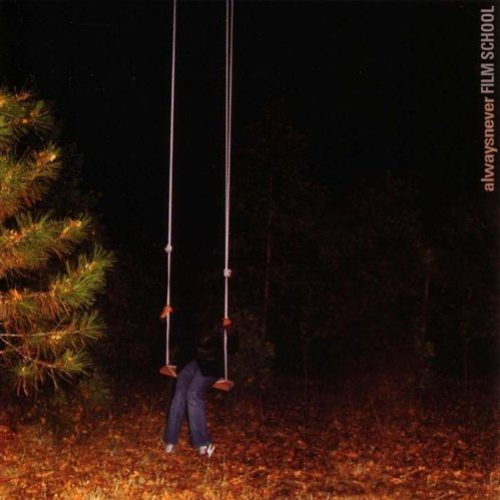 Ms. Connection
Activated
P.S.
I Just Turned Into a Gas