EL VY (pronounced like a plural of Elvis; rhymes with ‘hell pie’) is the musical collaboration between Matt Berninger, vocalist and lyricist of The National, and Brent Knopf, the Portland musician and producer best known for his work in Menomena and his more recent band, Ramona Falls.

Their debut album Return To The Moon was released on 30th October via 4AD.

EL VY is a glimpse into an alternate musical universe: a universe in which Berninger never left Cincinnati, and Midwestern punk Mecca the Jockey Club never closed.  A universe in which Mike Watt and the late D. Boon of the punk band Minutemen are every bit as iconic as Mick and Keith, and a teenager’s sense of rebellion is fed by the dark social politics of middle America.  “This record is more autobiographical than anything else I’ve written,” says Berninger, “but the details aren’t true. It’s written in the voices of a few invented characters, composites of different people – myself, my wife, and other people I was thinking about.” 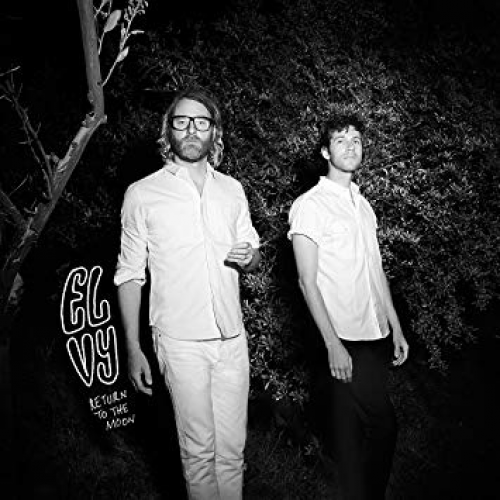 El Vy Return to the Moon

Return To The Moon (Political Song For Didi Bloom To Sing, With Crescendo)
I'm The Man To Be
Paul Is Alive
Need A Friend
Silent Ivy Hotel
No Time To Crank The Sun
It's A Game
Sleepin' Light
Sad Case
Happiness, Missouri
Careless