Over the past two decades, Cursive has become known for writing smart, tightly woven concept albums where frontman Tim Kasher turns his unflinching gaze on specific, oftentimes challenging themes, and examines them with an incisively brutal honesty. 2000’s Domestica dealt with divorce; 2003’s The Ugly Organ tackled art, sex, and relationships; 2006’s Happy Hollow skewered organized religion; 2009’s Mama, I’m Swollen grappled with the human condition and social morality; and 2012’s I Am Gemini explored the battle between good and evil. But the band’s remarkable eighth full-length, Vitriola, required a different approach — one less rigidly themed and more responsive as the band struggles with existentialism veering towards nihilism and despair; the ways in which society, much like a writer, creates and destroys; and an oncoming dystopia that feels eerily near at hand.

Cursive has naturally developed a pattern of releasing new music every three years, creating records not out of obligation, but need, with the mindset that each record could potentially be their last. 2015 came and went, however, and the band remained silent for their longest period to date. But the members of Cursive have remained busy with solo records, a movie (the Kasher-penned and directed No Resolution), and running businesses (the band collectively owns and operates hometown Omaha’s mainstay bar/venue, O’Leaver’s). The band even launched their own label, 15 Passenger, through which they’re steadily reissuing their remastered back catalogue, as well as new albums by Kasher, Campdogzz, and David Bazan and Sean Lane. And like many others, the band members have been caught up in the inescapable state of confusion and instability that plagues their home country, and seems to grow more chaotic with each passing day.

Which brings us to 2018 and Vitriola. For the first time since Happy Hollow, the album reunites Kasher, guitarist/singer Ted Stevens and bassist Matt Maginn with founding drummer Clint Schnase, as well as co-producer Mike Mogis (Bright Eyes, M. Ward, Jenny Lewis) at ARC Studios in Omaha. They’re joined by Patrick Newbery on keys (who’s been a full-time member for years) and touring mainstay Megan Siebe on cello. Schnase and Maginn are in rare form, picking up right where they left off with a rhythmic lockstep of viscera-vibrating bass and toms, providing a foundation for Kasher and Stevens’ intertwining guitars and Newbery and Siebe’s cinematic flourishes. The album runs the sonic gamut between rich, resonant melodicism, Hitchcockian anxiety, and explosive catharsis — and no Cursive album would be complete without scream-along melodies and lyrics that, upon reflection, make for unlikely anthems.

There’s a palpable unease that wells beneath Vitriola’s simmering requiems and fist-shakers. Fiery opener “Free To Be or Not To Be You and Me” reflects the album’s core: a search for meaning that keeps coming up empty, and finding the will to keep going despite the fear of a dark future. The album directs frustration and anger at not only modern society and the universe at large, but also inward towards ourselves. On “Under the Rainbow,” disquiet boils into rage that indicts the complacency of the privileged classes; “Ghost Writer” has a catchy pulse that belies Kasher chastising himself for writing about writing; and “Noble Soldier/Dystopian Lament” is a haunting look at potential societal collapse that provides little in the way of hope but balances beauty and horror on the head of a pin.

Vitriola raises a stark question: is this it? Is everything simply broken, leaving us hopeless and nihilistic? Maybe not. There can be reassurance in commiseration, and the album is deeply relatable: Cursive may not be offering the answers, but there is hope in knowing you’re not alone in the chaos. 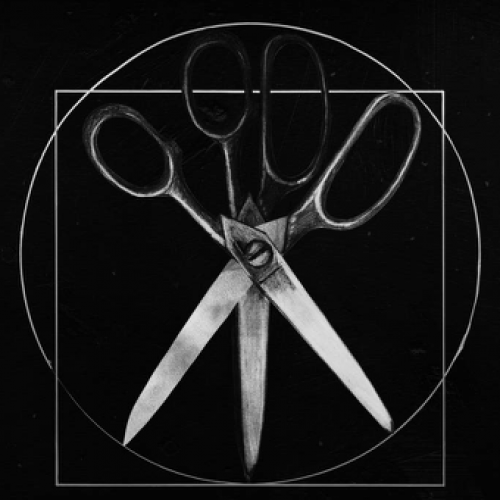 Vultures
Barricades
I Am Goddamn
Stranded Satellite
Marigolds
Horror is a Human Being
Black Hole Town
Look What's Become of Us
Get Fixed
Content Conman
What's Gotten into You? 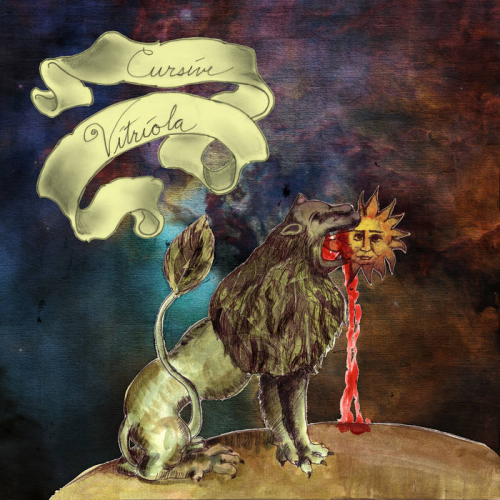 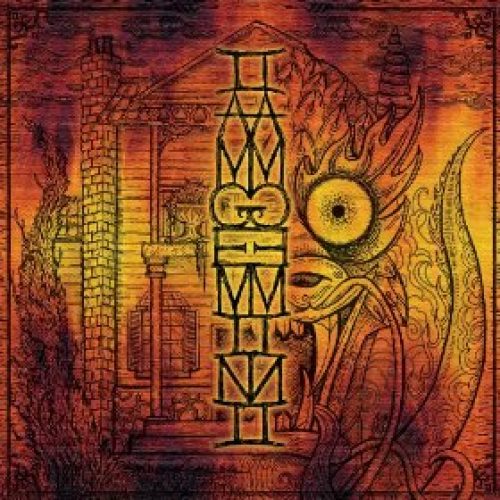 Cursive I Am Gemini 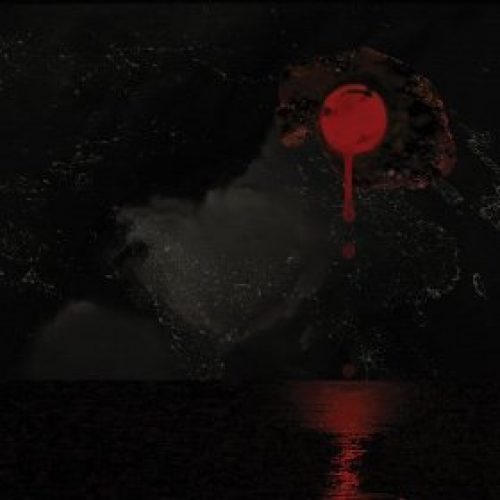 In the Now
From the Hips
I Couldn't Love You
Donkeys
Caveman
We're Going to Hell
Mama, I'm Satan
Let Me Up
What Have I Done? 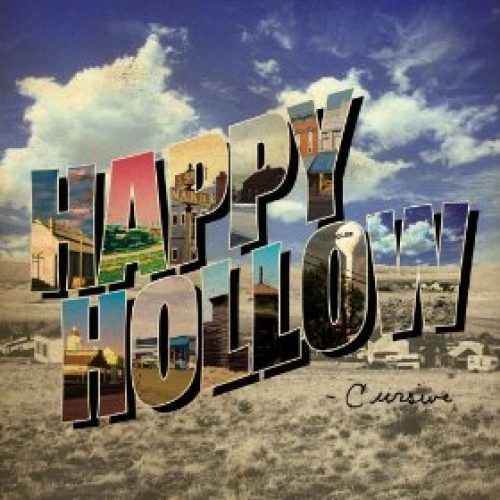 Opening the Hymnal/Babies
Dorothy at Forty
Big Bang
Bad Sects
Flag and Family
Dorothy Dreams of Tornadoes
Retreat!
The Sunks
At Conception
So-So Gigolo
Bad Science
Into the Fold
Rise Up! Rise Up!
Hymns for the Heathen 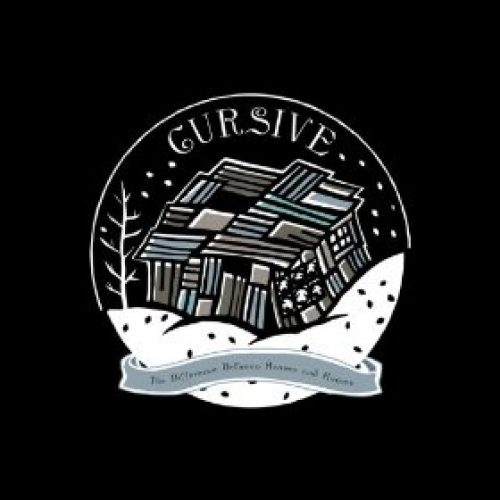 Cursive The Difference Between Houses and Homes 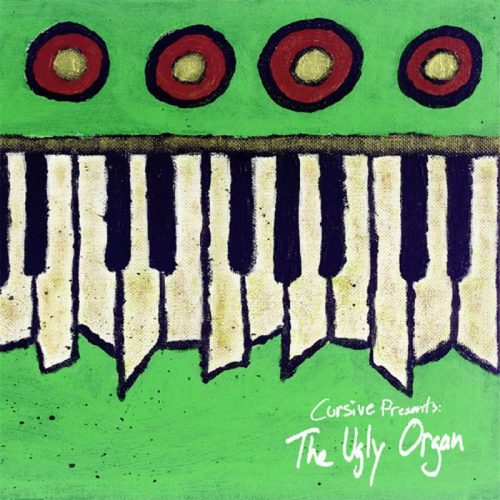 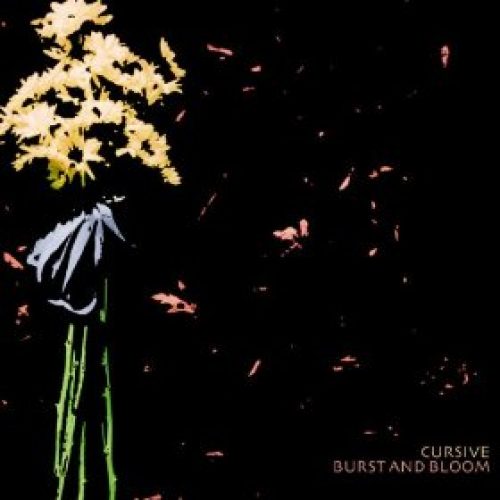 Sink to the Beat
The Great Decay
Tell Tales, Telltales
Mothership, Mothership, Do You Read Me?
Fairytales Tell Tales 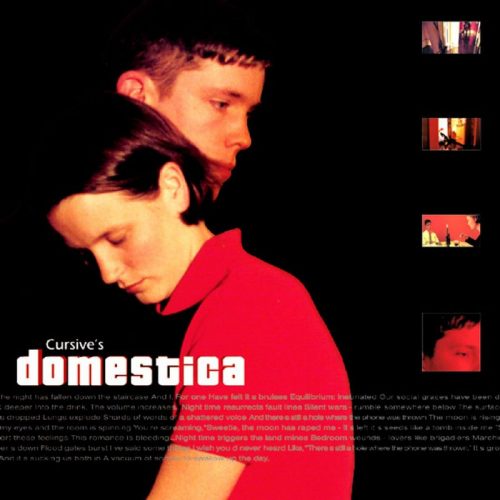 The Casualty
The Martyr
Shallow Means, Deep Ends
Making Friends and Acquaintances
A Red So Deep
The Lament of Pretty Baby
The Game of Who Needs Who the Worst
The Radiator Hums
The Night I Lost the Will to Fight 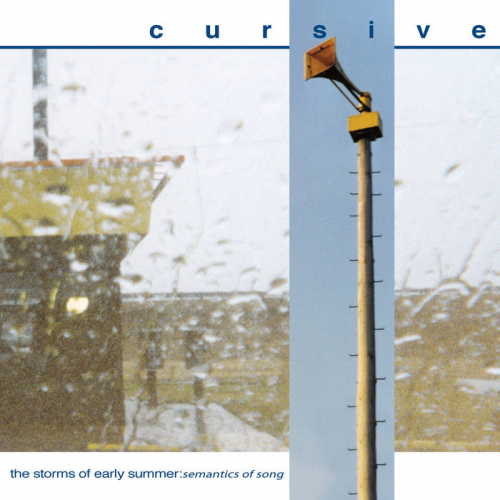 Cursive The Storms Of Early Summer: Semantics Of Song 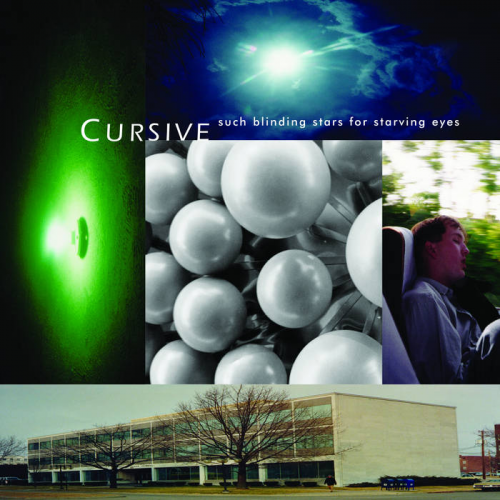