One of the first groups to arise during the formation of the Sheffield Electronic Scene, Adi Newton formed the first lineup of Clock DVA, after his departure from The Future (the other members of which would go on to form The Human League and Heaven 17,) in 1978 with Judd Turner (bass), David J. Hammond (guitar), Roger Quail (drums) and Charlie Collins (saxophone, clarinet) in 1978 (the term ‘DVA,’ [meaning ‘two’ in Russian] was inspired by Anthony Burgess’ satirical science fiction novel, ‘A Clockwork Orange.’) Originally focusing on experimental music inspired by science fiction and the occult (with the latter fading as time went on) and later reflecting the burgeoning industrial and electronic body music that had begun seeping into underground music scenes on both sides of the Atlantic.
After a handful of privately produced cassettes (most of which have since been collected in the ‘Horology’ boxed sets of lps from the German label Vinyl-On-Demand) the band released a cassette on Throbbing Gristle’s Industrial Records label. “White Souls In Black Suits” features Founder members Adi Newton ( vocals, violin, EMS Synthi E, tapes), Steven James “Judd” Turner (bass, vocals, treatments, rhythm machine, ex-Block Opposite), and the original guitarist David J. Hammond (guitar/treatments). Two additional musicians were added to the line up, Roger Quail (drums) and Charlie Collins (saxophones, flute, and percussion,) and featured a sound much more in line with their contemporaries outside of the Sheffield scene (which had gravited to a smoother more pop oriented sound, for the most part.) The first formalised DVA line up also featured Simon Mark Elliot-Kemp on synthesiser.

In 1981, David J Hammond left and guitarist Paul Widger joined in 1980. The following album, “Thirst,” was produced by Psychic TV producer Ken Thomas and released through the independent Record label Fetish (and was cited, by the NME Journalist Paul Morley, as one of the great albums of the 80’s alongside Joy Division’s “Unknown Pleasures” and The Falls “Dragnet”.) After THIRST, Newton / Turner decided to take Clock DVA into another direction and parted company with Qual, Collins, and Widger, who consequently formed the short lived group The Box. Tragedy struck later with the death of co-founder Steven James Turner. By 1983, with Newton as the only remaining original member, replacements had been found in John Valentine Carruthers (guitar), Paul Browse (saxophone), Dean Dennis (bass) and Nick Sanderson (drums). A brace of singles then preceded “Advantage”, their first album for Polydor Records. The following year Carruthers and Sanderson departed, leaving Clock DVA would to continue as a trio. Although it would be five years before another Clock DVA album, Newton remained busy with his audio visual conceptual project The Anti Group (TAGC) which researched and developed ambisonics and psychoacoustics through experimental uses of frequencies and ambient acousmatic sound pieces, alongside visual and conceptual text pieces . The album, “The Delivery” (a soundtrack album for a TAGC 16 mm film,) a series of recordings including “Documents” and the acclaimed ambisonic album “Digitaria” and the pioneering “Meontological Research Recordings” were released, also the soundtrack to “Burning Water”, a 25 min TAGC film. In 1988 “Buried Dreams” was recorded utilising the first digital sampling synthesisers and computer sequencing which Newton had been experimenting with in TAGC, released in 1989 by Interfisch, and often hailed as the group’s masterpiece. By the time of 1991’s “Transitional Voices”, Browse had been replaced by Robert E. Baker, of TAGC. The departure of Dennis after the completion of “Man Amplified” and “Digital Soundtracks” in 1992 left the remaining duo of Newton and Baker to record “Sign,” here released on the Italian Record Label Contempo.

After 15 years of silence, Adi Newton reactivated Clock DVA. Since 2011 the new line-up (feat. Maurizio “TeZ” Martinucci) has performed at major independent electronic festivals and venues throughout Europe. The ‘Horology’ series of vinyl box sets compiling early cassette only material began in 2012 (with three volumes released as of 2019) and Mute Records have signed a contract with Newton to reissue all of the official Clock DVA recordings (minus private press cassette releases) along with a new studio album.
A “new” album, “Post-Sign”, was released 2013, having been recorded in 1994/95 by Newton as an instrumental companion album to “Sign”, which hadremained unreleased since recording due to problems with an Italian record label after Contempo’s demise. “Clock 2″, a Printed Aluminium USB Smart media Card in Printed Metal box was released with all new material plus remixes by ATOM, Scanner, Frank Bretschneider and also features several videos by Pannos Tomaras and a 48 page PDF was release in 2014, as well as a limited silkscreened double sleeve 12” 45 of “The Konstructor/De Konstructor” with two DVA remixes, both through Newton’s own label Anterior Research Media Communications _ armcomm.co.uk. A new E-exclusive 3 track minimax CD EP “NEOTERIC” has also been released in 2016. 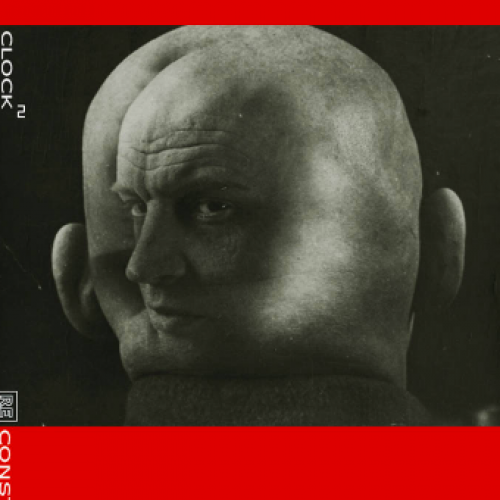 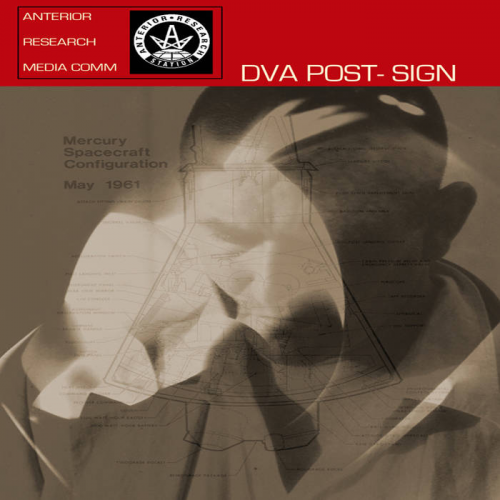