Chris Farren is one of those names that is always on the tip of your tongue. Though he’s been heavily involved in music for years —and he’s become well-known for his inventive merch, including his take on the classic The Smiths shirt — Farren is still working on breaking out in the large world of singer-songwriters. After experimenting and honing his solo work on a few memorable EPs and a Christmas album called L ike A Gift From God or Whatever , Farren is ready to release his full-length Can’t Die . With it, he’s poised to become known on his own terms and with his own unique sound.

“I definitely wanted to make something that wouldn’t just sound like another Fake Problems record,” says Farren. “ I wanted to make something that was poppier and a little less aggressive — but still energetic and entertaining. Lyrically, there’s some sadness involved but I didn’t want it to be a bummer to listen to.” The result is a clever blend of pop and gloom, the sort of record that will keep you dancing even when the lyrics cut deep. Farren, who cited Coconut Records, Belle & Sebastian, and Magnetic Fields as his influences while recording Can’t Die , has crafted a record that has a true indie-pop sensibility and remains musically upbeat throughout.

Yet there is an undeniable sadness to certain tracks as well as a heavy focus on death and mortality. “Like any human, I reached an age where I realized I was going to die,” Farren says. “Until I was 25 or something, I had like heard I was going to die but once I turned 25, something just clicked in my head. I was like, ‘Oh, I’m definitely going to die’ and I had a crazy hard time with it for some reason.” For Farren, who has always worked through dark times through songs, it was only natural to channel these feelings into his solo album. Take a track like “Until I Can See The Light,” which was partly inspired by the death of Parks and Recreation writer Harris Wittels, as well other people in his life who have passed away. It’s about “how weird it is that they’re gone. You don’t get to talk to them anymore.”

However, Can’t Die explores plenty of other topics, too. In “Say U Want Me,” Farren touches upon insecurity in a relationship and how it doesn’t necessarily go away with time. “That song is just about worrying about being a burden to somebody that cares for you because you’re so childlike or weak … I just worry about being a drag on somebody else that I really care for.” The song, like all of the songs on Can’t Die , is a refreshingly honest and relatable track: Farren is open about the anxieties and insecurities that plague his daily life, whether it’s worrying about being too much to a partner or just trying to act normal enough to fit in with your fellow human beings. In fact, the aptly titled “Human Being” reflects that common feeling of being, well, just different. “I can be very outgoing in certain situations but if I’m out of my comfort zone or of I’m in a place with a bunch of people I don’t know — like any party that I’ve ever been to — I always feel like a total weirdo freak,” Farren admits. It’s a fun, poppy track that accurately captures the vicious anxiety circle of feeling like you should go out but then getting there and realizing it’s not for you. And then doing it all again later on.

Considering this aversion to crowded parties, it’s no surprise that recording Can’t Die was a fairly solitary affair for Chris Farren. It’s a truly DIY album; “I wanted to produce my own record. I wanted to engineer my own record. I’d had a lot of ideas, sonically, that I felt like maybe if I brought in another producer, [they] would be like, ‘Oh, that’s wrong. That doesn’t sound right’.” Instead, Farren went with his gut, sometimes even making mistakes but leaving them in because he thought it sounded cool. (“Weirdo artist garbage,” he laughs.) The album was recorded in a guest room — one where he’d have to shut off the air conditioner whenever it was time to record — that didn’t even have real soundproofing. In fact, you can even hear dogs barking outside in the background. Can’t Die manages to simultaneously have a lofi sound that’s still incredibly rich. It helps that Farren enlists the help of some of his friends on the record — Sean Stevenson on drums, Casey Lee on guitar, Jeff Rosenstock and Matt Agrella adding horn arrangements, and Laura Stevenson contributing vocals. Farren’s friends helped make Can’t Die surpass Farren’s original vision. “It just took it to a place I could’ve never imagined.”

At the end of the day, however, Can’t Die is a record that is wholly reflective of Chris Farren’s sound. It’s not Fake Problems or Antarctigo Vespucci but instead it’s entirely Farren’s: resonating indie-pop that captures all of the weird little anxieties of being in your twenties and realizing that you can’t control everything around you. “Once I got past that ego-driven stuff and realized that the world doesn’t revolve around me, it was a lot easier for me to get through the world,” says Farren. “It’s heavy! It’s a heavy world.” That’s true, but Can’t Die adds some lightness, resulting in a record that makes listeners happy while also recognizing that it’s OK to be sad sometimes. 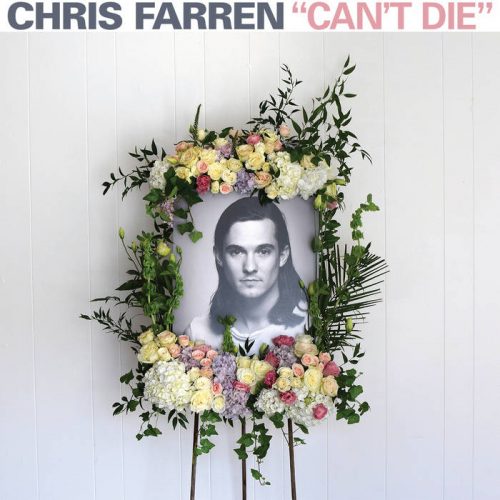 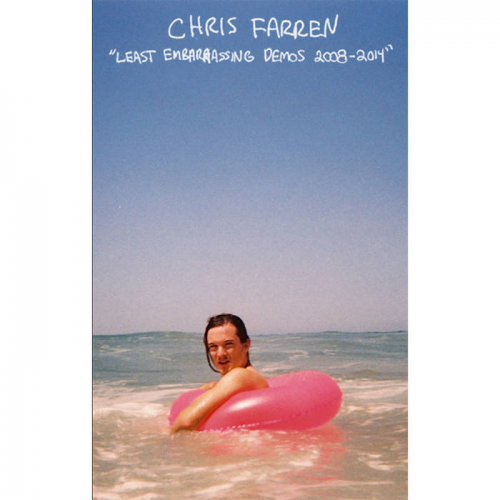 DBA the Devil
I Don't Miss Anyone
Every Possible City
Storm Song
Fake it 'Til You Hate It
Fantastic Romantic Qualities
Imaginary Friend
Sometimes
Tropical Depression
Don't You Get Lonely Too?
Bang!
Baby Come Home
Come to Brazil
Sympathy Center
I Want to Leave (Bonus Track) 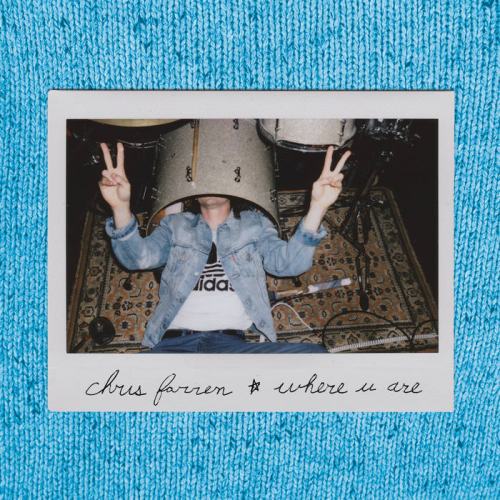 Chris Farren Where U Are

Where U Are
Evaporate
Permanent for Me 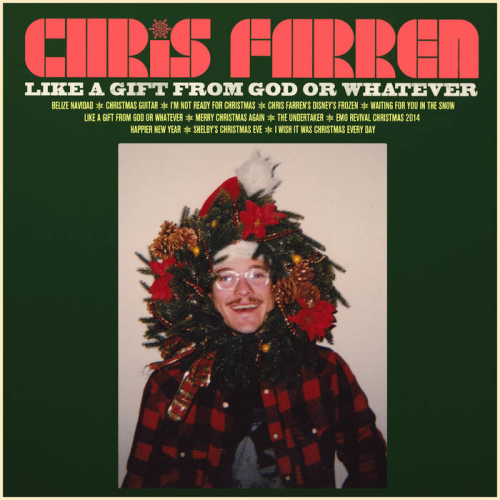 Chris Farren Like a Gift from God or Whatever