Soul music is many things to Ben Pirani: It’s positive and it’s hopeful. It’s a soundtrack for struggle, which is where soul music came from in the first place. That the struggle has been happening largely in the black community is not lost on Pirani, who is white — it’s something he thinks about a lot. “I feel really strongly that soul music is precious and must be treated with care and respect,” he says. “Anything less is colonizing the funk.”

That brings us to another crucial point: real soul can’t be faked — it’s an expression of self that is so much more than mimicry of the sounds that have come before. “It’s called soul music,” Pirani says. “You’re supposed to sing from your heart and your soul and not your record collection.”

That’s exactly what he does on How Do I Talk to My Brother? Make no mistake: Pirani has a lock on the sound and feel of soul music on his Colemine Records debut. The album contains 11 deeply felt tracks with echos of vintage soul in the vocal harmonies, the way the songs sit back in a deep pocket and Pirani’s unerring instinct for stick-in-your-head hooks. Yet he isn’t just rummaging around in the past on How Do I Talk to My Brother? The New York-via-Chicago singer, songwriter and multi-instrumentalist brings a contemporary context to his music: He’s writing about what he sees going on all around him, and his reaction to it, be it love, war, poverty or politics.

“The music has a message. If you listen for it, it’s there. I think that’s important because soul music without a message isn’t soul music.” Pirani says. “Soul music is political, art is political, and it should be. If your music doesn’t come with some level of cultural understanding, then it’s just pastiche, and that’s corny.”

He sings on the title track, a slow-burning tune with subtle tremolo guitar and layers of gorgeous vocal harmonies, about breaking through the often hateful rhetoric that divides us in search of what we have in common. Pirani wrote the song around Thanksgiving when he noticed his friends’ social media feeds were full of anguish about dealing with racist relatives. “Everybody, including myself, will take a confrontational approach, which is just not any way to reach somebody,” he says. “This populism has once again gotten people to vote against their own interests, by blaming immigrants or the undeserving poor, or whatever, when in fact solidarity would be the right move.”

If the title track is about talking, “It’s Understanding” is about listening and empathizing with other people’s experiences, and Pirani sings in a clear, high tenor framed by call-and-response horn parts. Opener “Try Love” rides on an airy guitar riff punctuated with brass as Pirani suggests an open-hearted approach to how we interact with each other. By contrast, “Dreamin’s for Free” is a study in class and race consciousness: the narrator, a black man missing a distant loved one, turns out to be deployed to fight overseas, and is lamenting his role in the geopolitical maneuvering of rich men who tell him he’s fighting for freedom. “Am I really free when I come home?” he asks. “I get choked up singing it,” Pirani says. “It’s about the struggle of the poor and the decadence of the rich using the poor as fodder for their illegal wars, and I’m not talking about Vietnam.” Yet with dreamy vocals and gentle drifts of strings, the tune reads like a wistful love song. Other tunes are love songs: the swinging “That’s What You Mean to Me” is joyful and upbeat with big bursts of horns, while “Light Of My Life” celebrates a biracial romance with gleaming electric piano, busy percussion and taut brass.

All of it comes from the heart, from the soul, and also a little bit from Pirani’s blood. Raised by musician parents in the postindustrial, predominantly black Maywood neighborhood in Chicago, Pirani grew up around music: his father was a jazz musician who also did session work on soul records, including Terry Callier’s 1972 opus Occasional Rain, and his mother was a conservatory-trained singer. Pirani’s parents were the music directors at a Pentecostal church, but his world truly opened up when a family friend gave Pirani the entire Beatles catalog and a five-piece Ludwig drum kit. He got into punk in high school, dropped out and went on the road as a drummer, coming home to play in various bands in Chicago, rediscovering soul and, eventually, moving to New York.

“Punk embodies a lot of the same spirit to me as soul does,” Pirani says. “It was about people’s hopes and dreams, but except at the biggest level, unless you were on Motown, it was DIY. And punk was the same thing.”

How Do I Talk to My Brother? is in many ways a catalog of Pirani’s own hopes and dreams. Making the album followed what Pirani calls “a personal renaissance” when he got serious about music, quit drinking, started exercising and got married. “I came from a place where there was poverty, violence, drugs. I left home, I didn’t find my peers in my peer group, I didn’t feel at home there,” he says, which is the subtext of “Not One More Tear,” a pulsing, horn-laced anthem to perseverance.

All the same, New York at first was a hard place to make music, and more than one promising project fell apart. He found initial success in 2016 with a 7-inch single, “Light of My Life” b/w “Dreamin’s for Free,” which became a sought-after item on the Northern soul scene in Britain. Things moved much faster once he linked up with Colemine, and though How Do I Talk to My Brother? has been a long time coming, it’s coming out at a perfect time.

“Coming together to listen to music is revolutionary, everybody together, in one space, when the music is really good, you’re one with the music,” he says. “If we can be all motivated together, maybe we can do something together.” 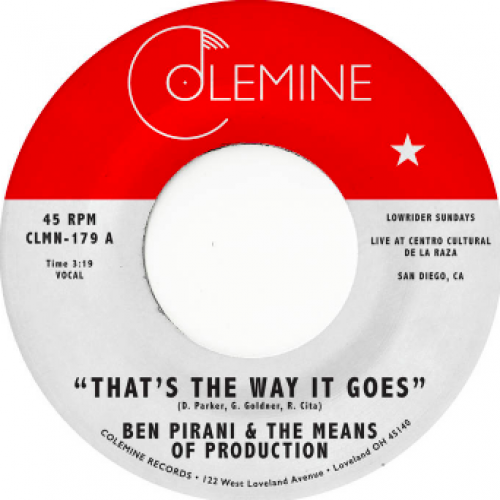 That's The Way It Goes 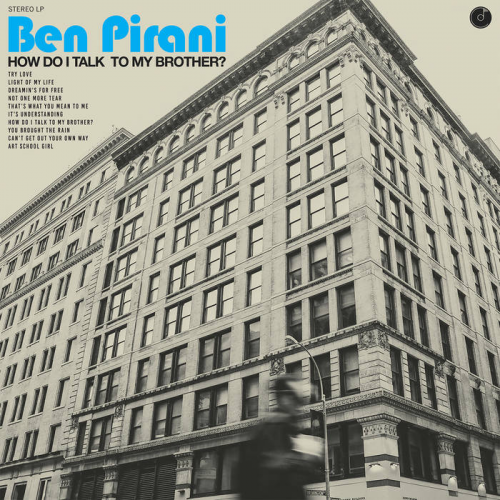 Ben Pirani How Do I Talk To My Brother?

Try Love
Not One More Tear
Light Of My Life
Art School
Can't Get Out Your Own Way
You Brought The Rain
It's Understanding
Dreamin's For Free
That's What You Mean To Me
How Do I Talk To My Brother?
Try Love (reprise) 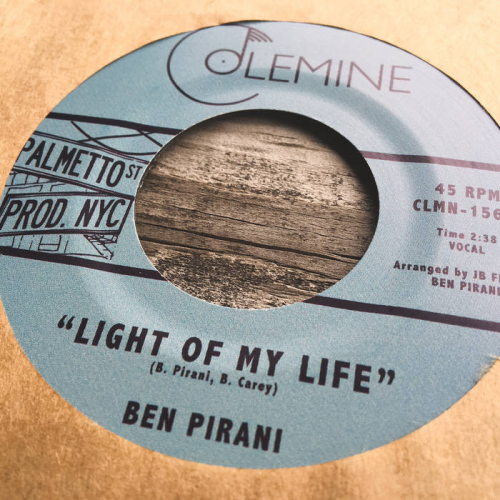 Ben Pirani Light Of My Life

Light Of My Life
Dreamin's For Free 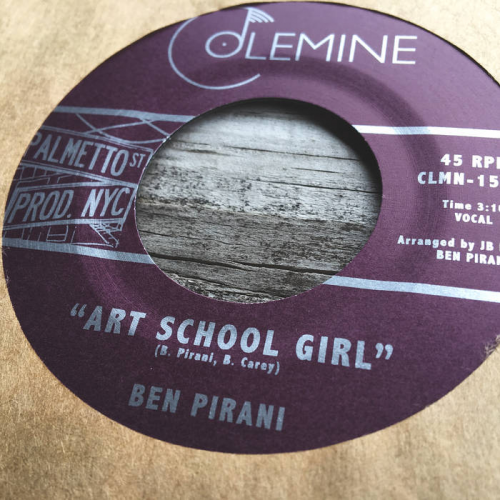